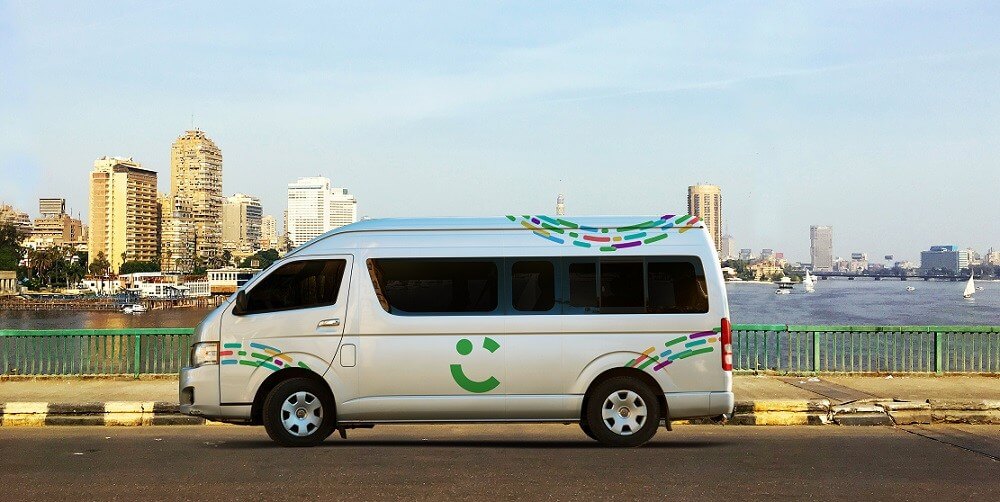 Middle-East ride-hailing service Careem has been on the rise lately – bagging $200m in a Series F funding, acquiring an online restaurant listing platform, acquiring Indian bus shuttle service app Commut, acquiring Swvl, expanding to a new city, and now it has officially launched its Careem Bus in Cairo, the company announced on Monday.

Back in August, the company mentioned that it was testing its new service Careem Bus in Egypt, with the plan of launching the service to four other cities in September. As of now, the service is up and running and open to everyone – there’s even a dedicated app for Careem Bus, available on Android and iOS.

With Careem Bus, passengers can choose their pick-up and drop off locations, and select the bus that suits their time best. In addition, passengers will be able to track the bus in real-time. The company has also mentioned that their fixed fares are 60-70% cheaper than the regular Careem service.

Careem Bus is kicking off with 13-seater air-conditioned buses and plans on adding bus stops at city landmarks. It will also add more routes in the future and implement changes based on customer feedback.

Hadeer Shalaby, Director of Careem Bus commented on the new service said, “Customers now expect the same high-tech experience across all products and services they engage with – why shouldn’t taking a bus be as seamless as ride-hailing a car? Research conducted by Careem revealed 40 percent of the Egyptian population is not being adequately served by a transportation service that suits their needs and the situation was getting worse.”

Hadeer further claims that Careem Bus will revolutionize mass transportation, which in turn will allow customers to enjoy the benefits of their tech, and also help in reducing traffic in cities. “Mass shared-mobility could lead to an 80 percent reduction in the number of vehicles and CO2 emissions by 2050,” she stated.

Careem’s CEO and co-founder Mudassir Sheikha also commented on the launch saying: “The launch of Careem Bus means that transport options and mobility have just improved for millions of people, as well as decreasing congestion and pollution in the city.”

But that’s not all! Careem’s CEO promises us with more, as the company is planning to launch its bus services into Saudi Arabia and Pakistan as well, according to a statement made by the company.

“Cairo is just the start,” Mudassir Sheikha concludes. “Careem’s move into mass transportation will have a huge and positive impact across the region.”