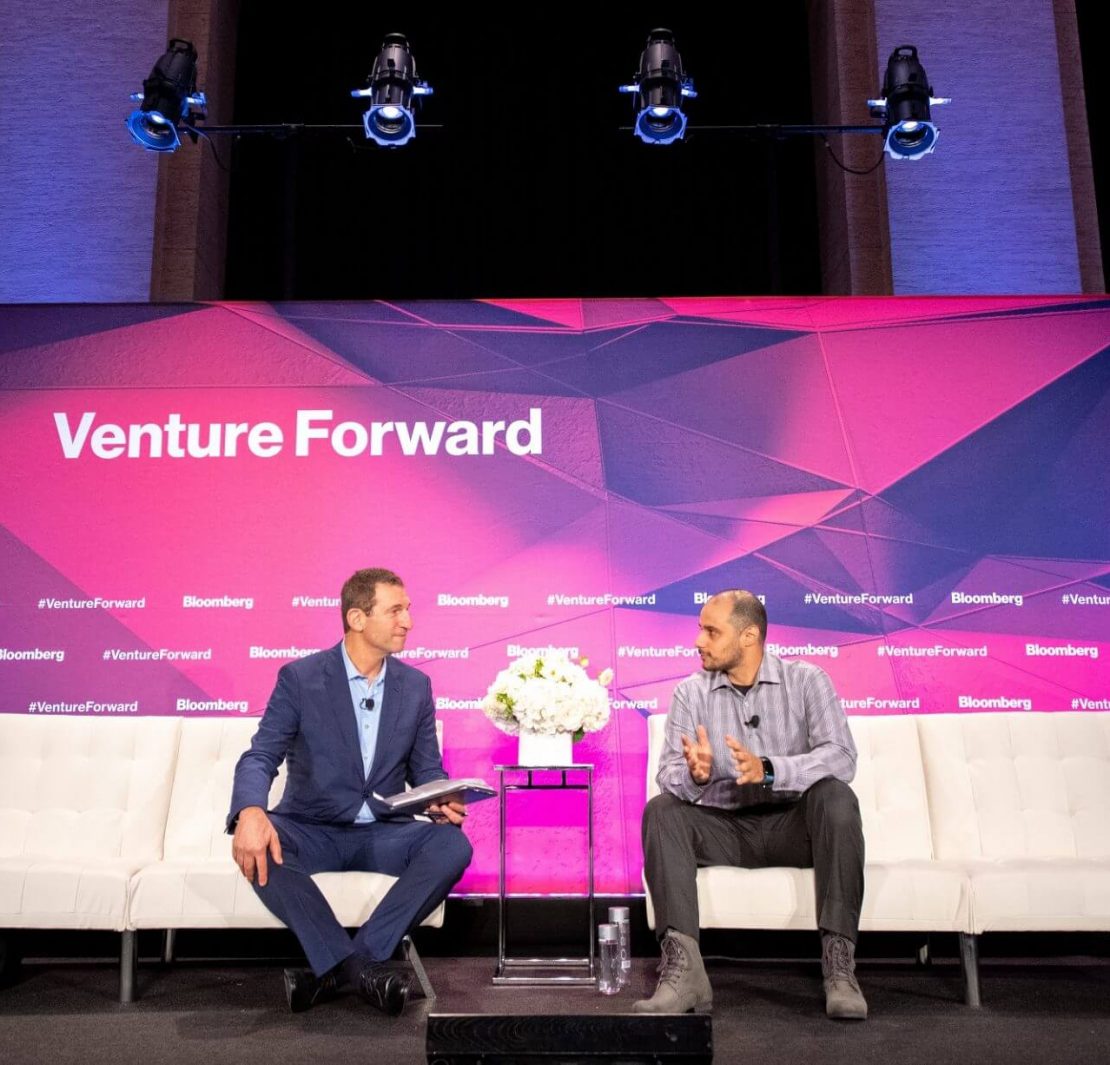 Sponsored by Mubadala, Venture Forward was staged at the Bently Reserve in downtown San Francisco and had a program of speakers dedicated to venture capital, startups, and the impact of technologies developed by Silicon Valley’s entrepreneurs.

Master of Ceremonies, Bloomberg Beta’s James Chan, introduced Prince Khaled by detailing some of his work with emerging technologies and outlining various investments and giving the audience a short overview into his nonprofit activities as well.

“Known as the ‘Tech Prince’, Prince Khaled is an investor and a successful figure of business, and the son of the renowned global magnate, HRH Prince Alwaleed bin Talal,” said Chan ahead of welcoming Bloomberg reporter John Gittlesohn and Prince Khaled to the stage.

“One of the Gulf’s top venture capitalists and a well-known investor in a number of tech and deep tech companies, Prince Khaled has a special focus on the now burgeoning areas of plant-based business models,” Chan continued.

Gittlesohn began the one-on-one conversation, under the title of “Beyond Tech”, by taking the audience through the KBW Ventures portfolio. He posed a number of questions regarding venture-backed startups, and the impact that these business models may have going forward in terms of market potential and potential application verticals.

Prince Khaled also shared his thoughts on a few current events relevant to the Kingdom of Saudi Arabia, and shed light on the roots of his personal interest in tech.

Prince Khaled also elaborated on the influence that HRH Prince Alwaleed, the world’s first Arab investor in powerhouse technologies like Twitter, Apple, and Lyft, had on him during his youth and the frequent visits they made during the early days of Silicon Valley.

This is also available in Arabic if you’d like.