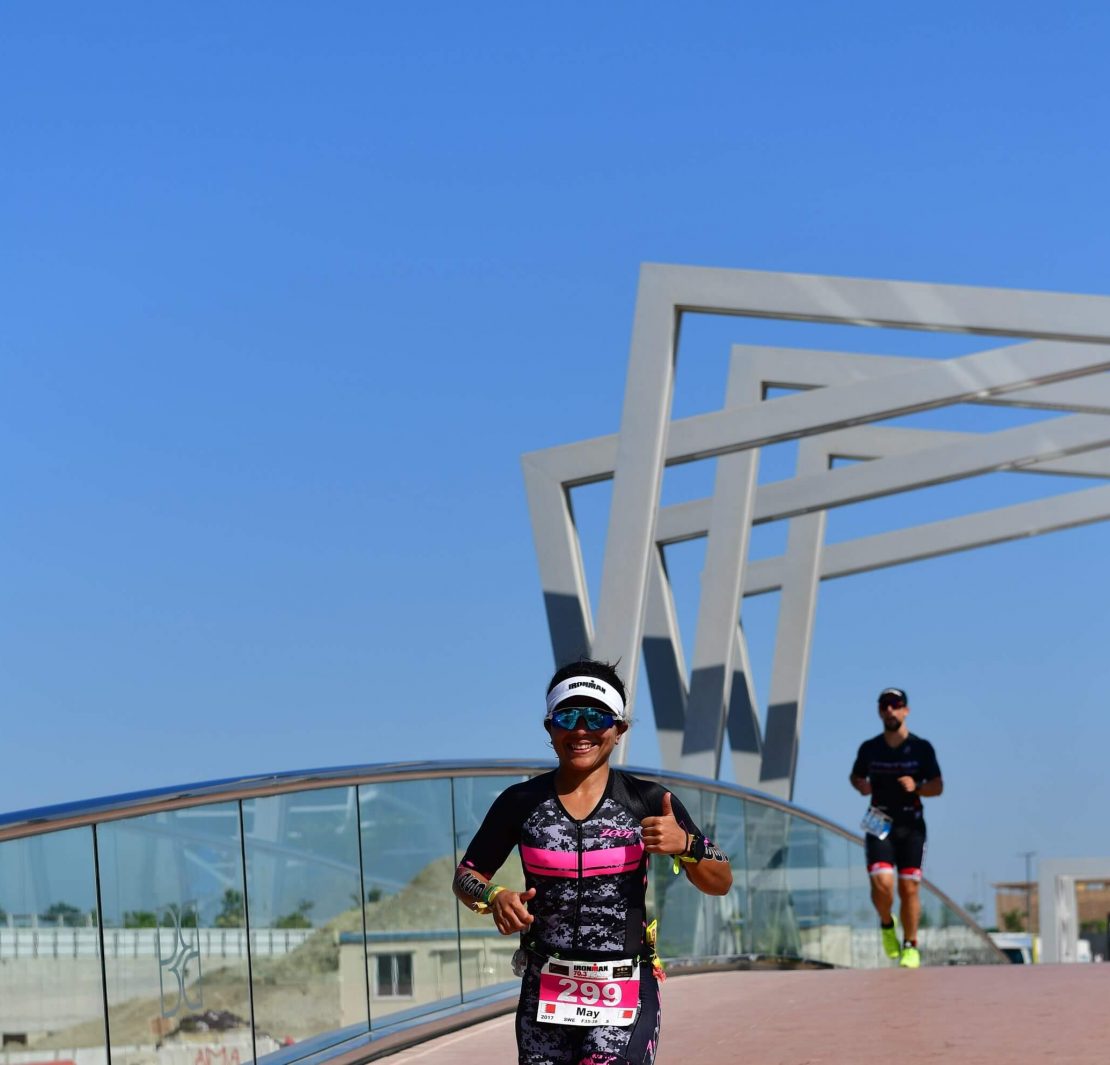 What does it take to be a triathlete in Bahrain? Add in being a FEMALE triathlete to the equation and your ears will surely pick up, or eyes for that matter.

Today, Startup MGZN brings you Bahrain’s prominent female triathlete – May Al Haji, Marketing Specialist in Zain Bahrain and the General Secretary of Bahrain Triathlon Association. May shares with us her story of becoming the person who she is today – Enduring, physically and mentally.

As a child, May spent most of her free time with her dad who was working with the tennis federation to build courts and stands. Children being curious and adventurous, May was quickly drawn towards tennis, and her father supported it through it all and even bought May her first tennis racket at her 12th birthday. Prior to her appetite for tennis, May also loved playing football in the neighborhood where her dad organized small tournaments and brought cups to encourage all the kids to take part. At the age of 12, May started to compete as part of the tennis national team of Bahrain.

But that’s not how May became a triathlete. In 2012, two years after May had her daughter, she expanded into other areas of sports, thus becoming a triathlete. The shift occurred as it was very challenging for her to organize tennis matches, and May needed a way to remain active. “I needed to work out to help with my postpartum depression that lasted very long,” she said. According to May, being involved within a multisport race, that includes swimming, running, and biking worked its magic and helped her overcome her postpartum depression. In fact, May finished the Dubai International Marathon in 2014, just six months after having her second child – Amazing isn’t it?

The fun doesn’t end here though. In 2018, May became the FIRST female and Bahraini woman to finish the Boston Marathon during harsh environmental conditions. “It was sensational,” she explains upon finishing the marathon. The weather was terrible with some strong winds, and rain, and not to mention that the temperature was below 0 degrees. It’s within those dark conditions, that May found her shining moment. “It was more like a journey of self discovery in one of the biggest marathons in the world,” May continues. 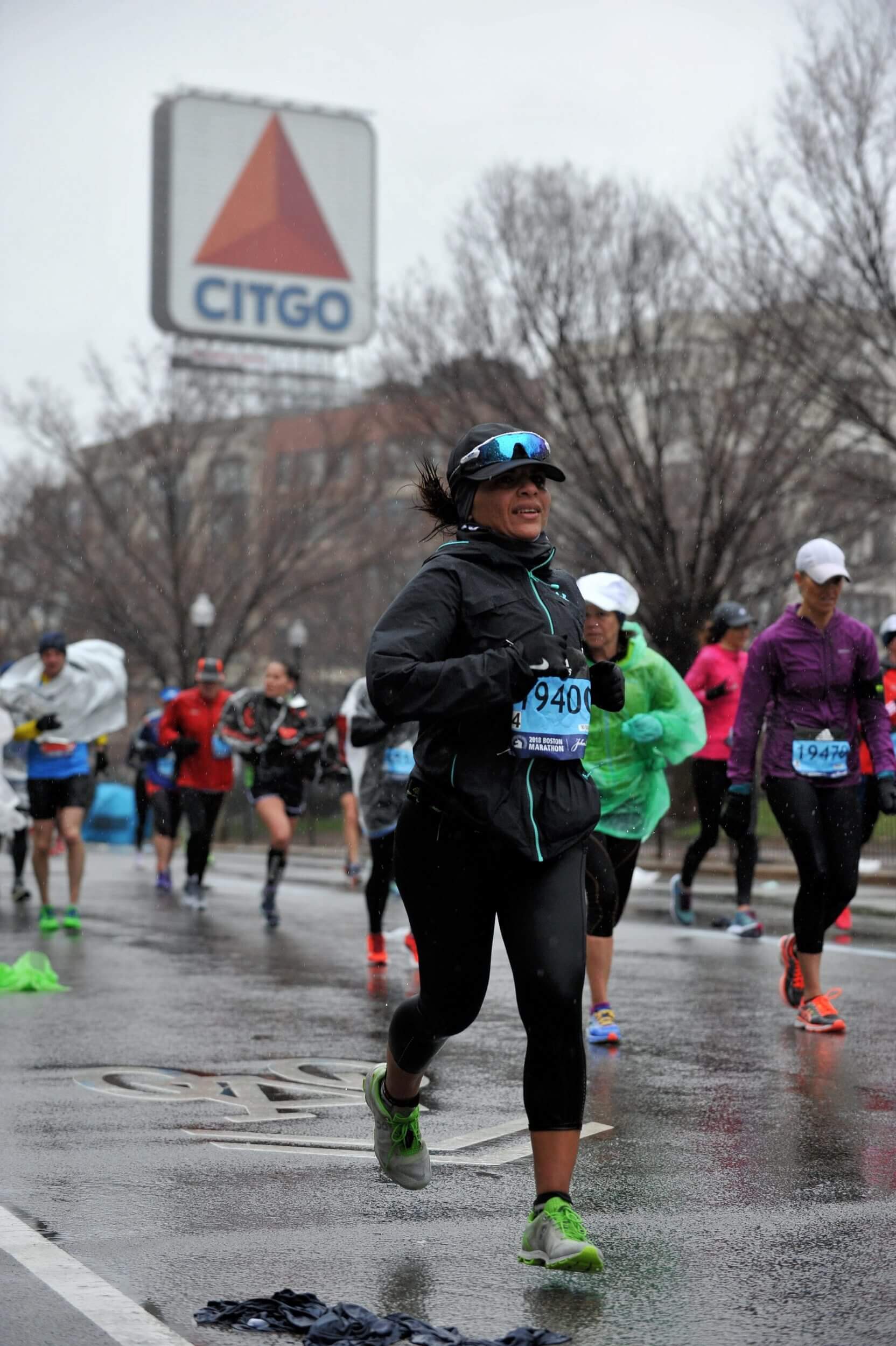 Apart from being a Triathlete, May Al Haji is a Marketing Specialist in Zain Bahrain. Working in Zain has allowed May to develop her skills on both a professional and personal level. She’s received a lot of support to pursue her passion which in turns motivates her even further to excel at her job.

“I am not only an employee at Zain Bahrain. I’m a mother of two lovely children, and the General Secretary of Bahrain Triathlon Association. Yes, I do have a lot to juggle, but being busy keeps me focused and structured,” May claims. According to her, being a triathlete makes her happy and being happy helps her find that balance everyone’s seeking in life. 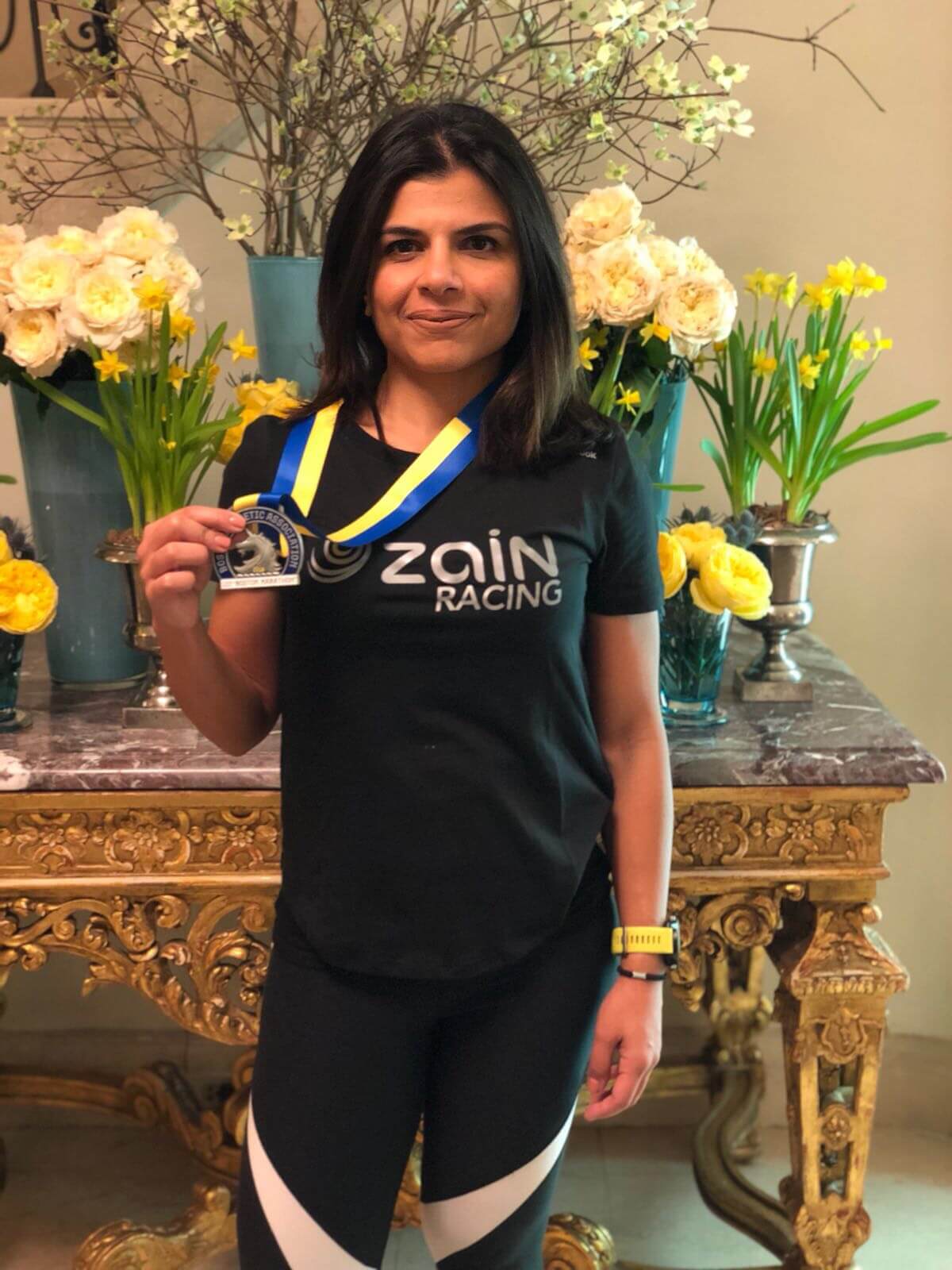 Zain Ventures invests in Pipe.com and swvl.com to accelerate their growth across ME

When asked about what is needed in Bahrain to support female athletes, May states that women themselves need to be aware of what they want and be the change they want to see. “We as women ought to stop letting culture define us. We need to get out there and do what we love and want,” she adds.

“So I am an athlete at the break of dawn, a marketer at daytime, and a wife and a mother in the evening,” May concludes.

If you want to know more about how awesome May Al Haji is, make sure you follow her Instagram at @may.alhajitri.