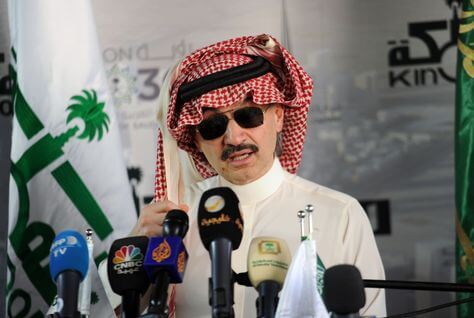 Through this investment, Alwaleed’s Kingdom Holding Co, will be getting a seat on Uber’s rival – Careem Networks FZ’s board. Lately, Careem has been receiving lots of investors from all over: DCM Ventures and New-York based Coatue Management took part in the fundraising and invested $1 billion into Careem. Additionally, Careem has raised $350 million from Japan’s Rakuten and Saudi Telecom.

Cheif Executive Officer Mudassir Sheikha said in a TV interview with Bloomberg that they’re considering selling some of Careem’s shares to the public by 2018.

Klaus Entenmann, CEO at Daimler Financial Services AG says: “With our investment in Careem, we are not taking the strategic step to becoming the world’s leading provider of mobility services. Careem has quickly leapt to the leadership of ridesharing within the MENA regions by delivering rapid innovation and customer growth, and it is spearheading new ways to transport people from point A to point B.”

Careem is one of Uber’s main competitors in the MENA region, and so fair it’s been growing at a very quick pace, especially with how it’s doing a pretty good job at receiving funds and investors. Today, Careem has about 250,000 drivers and 10 million people have signed up to the app, and is not operating in 80 cities within the region. Moreover, Careem has recently started operating in Palestine, since it’s lie with their companies’ commitment to provide one million jobs in the MENA region by 2018. According to Sheikha, Careem’s revenues and trips are growing between 20 and 25% per month at the moment.