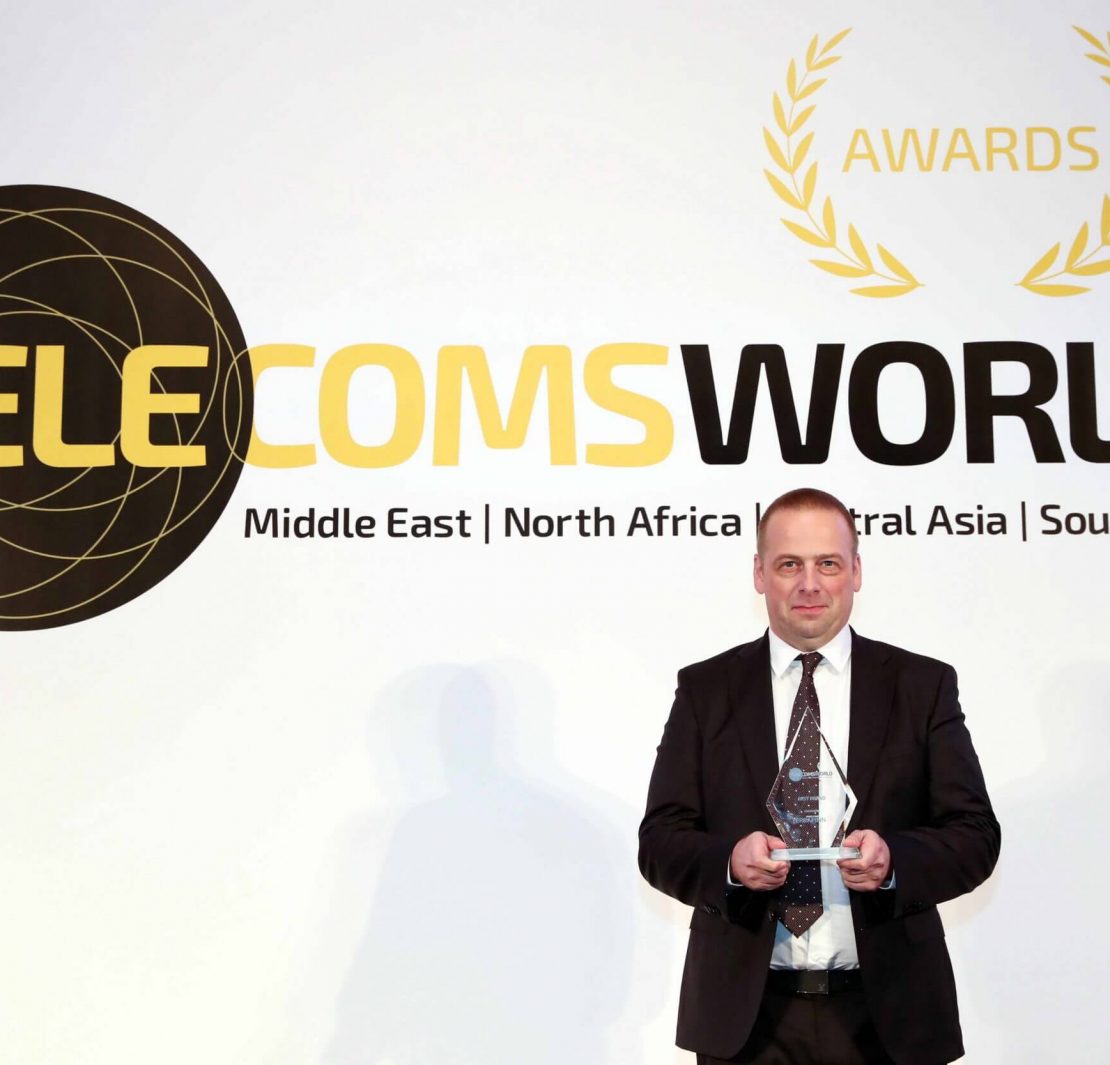 Zain Group, the leading mobile telecom innovator in eight markets across the Middle East and Africa, is proud to announce it has been awarded the ‘Best Brand for Telecom’ accolade for 2018 at the prestigious Telecoms World Middle East Awards gala event held in Dubai earlier this week. This marks a record fifth consecutive year that Zain has won this award.

The honor was bestowed on Zain Group by a panel of expert judges assembled by Terrapinn, the organizers of the annual Telecoms World Middle East Conference and Awards. The awards recognize outstanding performance in key telecom-related areas throughout the Middle East and shine a spotlight on leading players who have contributed to making the sector one of the most dynamic globally.

Since the introduction of its inspiring brand in 2007, Zain has been the recipient of numerous brand-related awards over the years. This year’s success was driven by numerous factors linked to the company’s investment in network upgrades and digital innovation, which are developments that are positively impacting the customer experience. Additionally, Zain’s Corporate Sustainability programs, eye-catching marketing, and widespread social media campaigns have captured the imagination of the whole region.

Zain’s brand was refreshed after a decade – in November 2017 – to reflect the dynamism of its digital lifestyle strategy. The logo now appears in a fetching silver-metallic shade, while retaining the radiant swirl. Preserving its essence, the enhanced logo encapsulates both Zain’s heritage and its future. The silver-metallic coloring symbolizes innovation and high-tech, as Zain works to shine in this multi-screen digital age.

Commenting on the award, Duncan Howard, Chief Commercial Officer, Zain Group said, “Zain aspires to be a brand that unlocks opportunities for customers. This recognition as the best telecom brand in the Middle East for the fifth consecutive year is a further acknowledgment of our continual investment into the brand and of the recent brand refresh. It also reflects the passion of Zain employees to place the customer at the center of everything we do.”

Zain has focused on enhancing and upgrading its entire network to offer the best technology and digital services across its countries of operation, ensuring the mobile experience for customers is second to none. Over the past 12 months, Zain has invested approximately US$1 billion in expanding, upgrading and rolling out 3G and 4G LTE networks across its footprint.

Earlier this year Zain again showed its support of the digital innovation startup ecosystem in the region as a main sponsor of the 2018 MIT Enterprise Forum Pan Arab competition. This event champions the generation of new ideas that saw the 2018 competition receive an outstanding 6,000 individual and team applications from 21 Arab countries.

Zain also sponsors various digital innovation and startup initiatives across operations and recently opened the Zain Innovation Center (ZINC) in Kuwait, a co-working hub inspired by the success of a similar facility in Jordan. The innovation centers in both Kuwait and Jordan are the first of their kind to be provided by a corporate entity, and the facilities are aimed at encouraging young minds to think and act creatively in an open and supportive environment. The goal of these centers is to create a conducive atmosphere for entrepreneurs to generate new ideas and develop them into viable opportunities.

Zain Group and its local operations have witnessed their social media presence grow more than 20% over the past 12 months, now boasting more than 10 million followers on Facebook, over seven million followers on Twitter, and over 1.3 million on Instagram. Over the past five years, Zain Group and its operations’ numerous YouTube channels have garnered over 250 million views. Zain is also active on alternative social media channels such as Snapchat, attracting thousands of young followers. On LinkedIn the company counts an audience of over 130,000 followers. These activities have all contributed to the further reinforcement of the Zain brand.