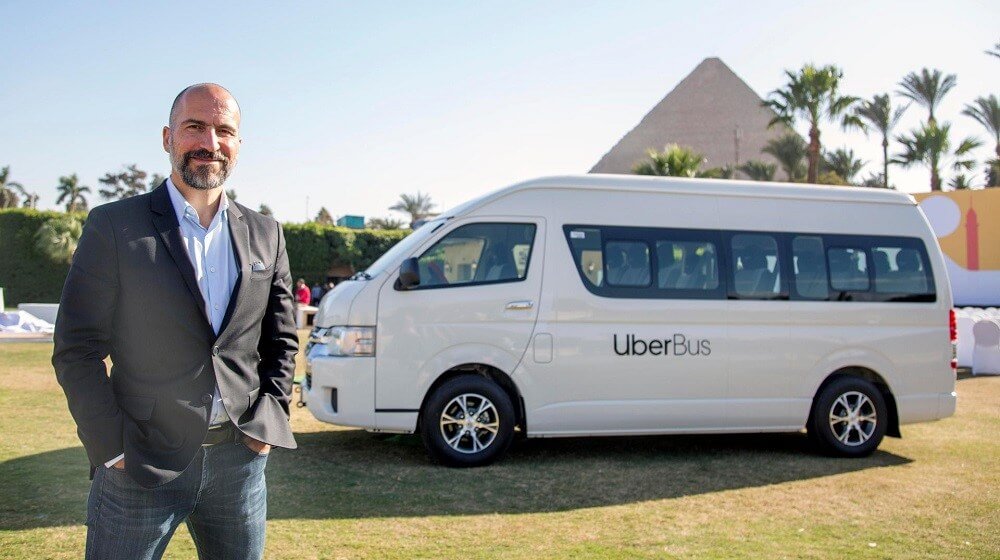 Why did Bahrain EDB pay a visit to India?

Uber’s CEO Dara Khosrowshahi announced during a press conference on Tuesday its latest service in the Middle East, specifically Cairo – Uber Bus. This makes Egypt the first country in the world to have this Uber Service. The announcement of Uber Bus comes a day after Careem launched their Careem Bus service in Cairo.

According to the CEO, Egypt is among the top ten global markets based on the number of trips taken. He further adds that the company aims to scale up and adds more drivers, which consist of over 90,000 at the moment.

The company has been testing its bus service in Cairo since September, where they announced it on their blog post stating: “We’re excited to launch our next innovation to bring the high quality and safety standards of Uber to even more Cairo riders. Meet Uber Bus—your daily commute. Uber Bus uses technology to reserve your seat on a clean, air-conditioned, and high-quality bus.”

So how does it work? The company mentions in its blog that when a passenger requests a ride, Uber will find others who’re traveling in the same direction so that they can get to their destination with fewer stops. In addition, since it’s a shared ride, the prices are affordable, the company adds. According to Abdel-Latif Waked, Uber’s General Manager for the Middle East & North Africa, Uber Bus will be 80% cheaper than the regular Uber service.

Just like the regular service, passengers will be able to see the exact price of the ride before they make a booking.

Unlike Careem Bus, passengers can use Uber’s Bus Service through the same app, without the need of downloading another one. Additionally, Uber allows passengers to pay through cash or credit card.