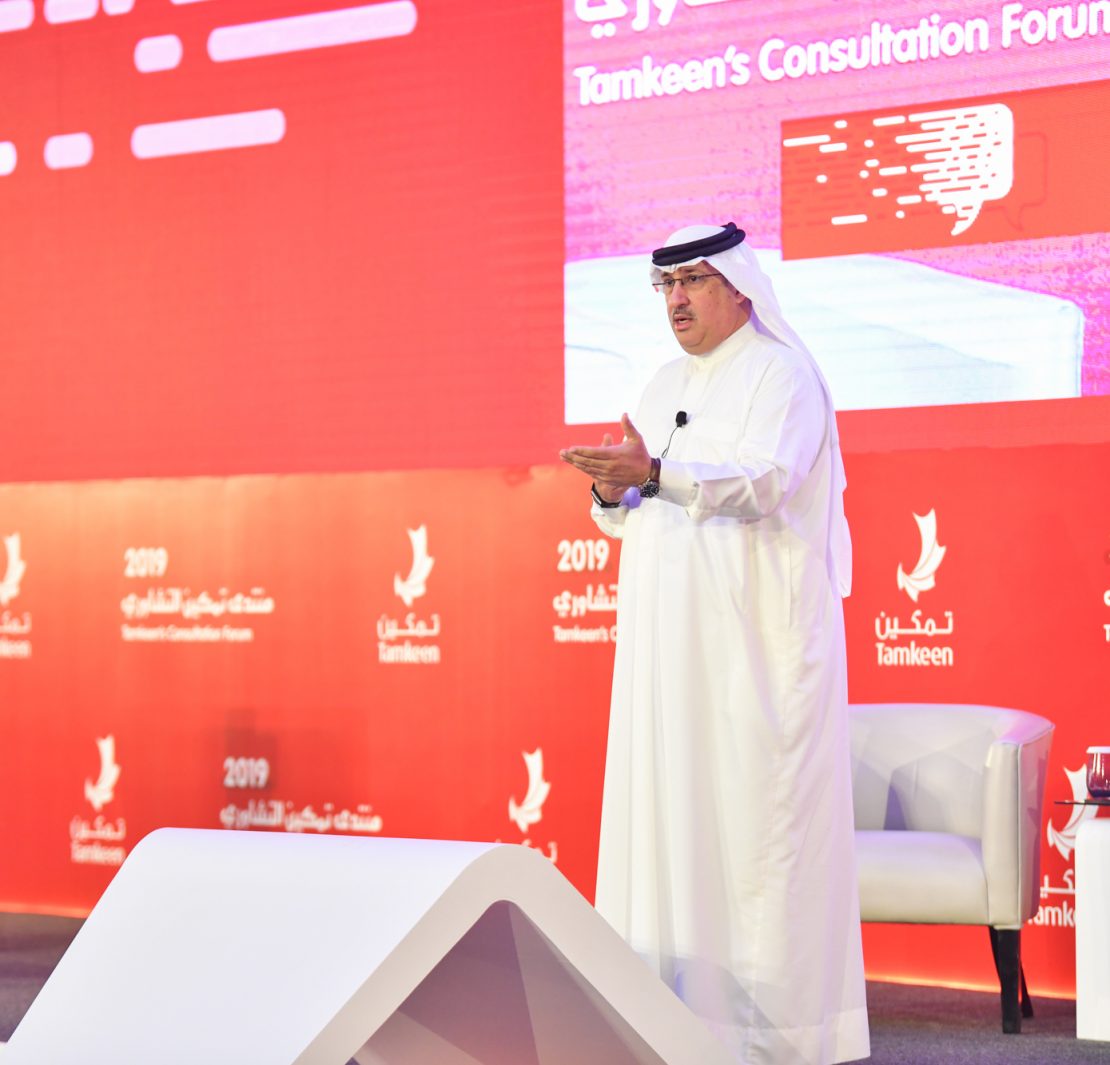 Talabat your grocery in 15 minutes with ‘Daily,’ the region’s first ‘dark store’

The Chairman of the Labour Fund Tamkeen, His Excellency Shaikh Mohammed Bin Essa Al-Khalifa, emphasized the importance of the annual Consultation Forum as it falls in line with Tamkeen’s efforts to enhance its support programs. The forum invited all partners from the various sectors in Bahrain, including startups, SMEs, individuals, and other stakeholders, that play an essential role in Bahrain’s economy to share their feedbacks.

The event gathered more than 500 attendees representing different sectors in Bahrain’s economy. During his opening H.E Shaikh Mohammed highlighted Tamkeen’s achievements stating: “After two years of launching our 2018-2020 strategy, having it focused on diversity, acceleration, and sustainability, we’re proud of the results we have attained as we reached more than 183,000 individuals and 51 SMEs up to this day, and have spent more than 1 billion BHD in the various support programs and initiatives offered by Tamkeen.”

He also mentioned that 2019 has been a prosperous year, as Tamkeen’s programs witnessed a tremendous transformation based on the feedback received from its customers, in addition to the thorough market research and studies made. “These changes are in line with Bahrain’s vision of supporting digital transformation as it positions the Kingdom as a leading regional hub for Information and Communication Technology, especially since Bahrain is considered one of the first countries to introduce the 5G service, in addition to launching the Amazon Web Services data centers, the first of its kind in the MENA region, amongst many other initiatives.”

The speech was followed by a presentation with highlighted Tamkeen’s achievements in 2019 and outlined the organization’s proposed plan for 2020, including the approach, projects, and focus areas moving forward. A panel discussion on Market Experts was held with Talal Al Zain, Basim Al Saie, and moderated with Dr. Jarmo Kotailine, Chief Planning and Monitoring Officer at Tamkeen. The panelists discussed the ambitions of labour market reform, the role, and way forward for market players to achieve those ambitions.

During the press conference, the Chief Executive of Tamkeen Dr. Ebrahim Janahi mentioned that during the past year, Tamkeen has been focused on boosting productivity and efficiency in of the support programs offered. “Part of our revamping included accelerating the process of applications, allowing SMEs to apply to Tamkeen’s programs in a faster and more smooth manner,” he stated.

Bahrain is about to collaborate with a country to support the FinTech sector, find out who it is

The third session of the forum was dedicated to collecting feedback on Tamkeen’s plans and the way forward. Attendees had the opportunity to interact and communicate with Tamkeen’s representatives, where they shared their feedback on the programs and services offered, got to learn more about Tamkeen’s programs, and they can utilize them to accelerate the growth of their business, and gain insight on Bahrain’s market needs.

This forum marked the last year of the current 2020 strategy whereby Tamkeen is going to be focusing on scaling up and enhancing the initiatives started in the first two years. The coming year, 2020, will revolve around the third pillar in the strategy: Sustainability. Tamkeen will be focusing more on creating the most sustainable impact through its interventions and supporting the market in achieving long-term sustainable growth.

The objectives of this year are to focus more on the customers’ achievements, in addition to enhancing its current programs, promoting productivity for both individuals and institutions, keeping up with the country’s economic changes, and further promote Tamkeen’s support programs to a more significant segment of individuals and enterprises.