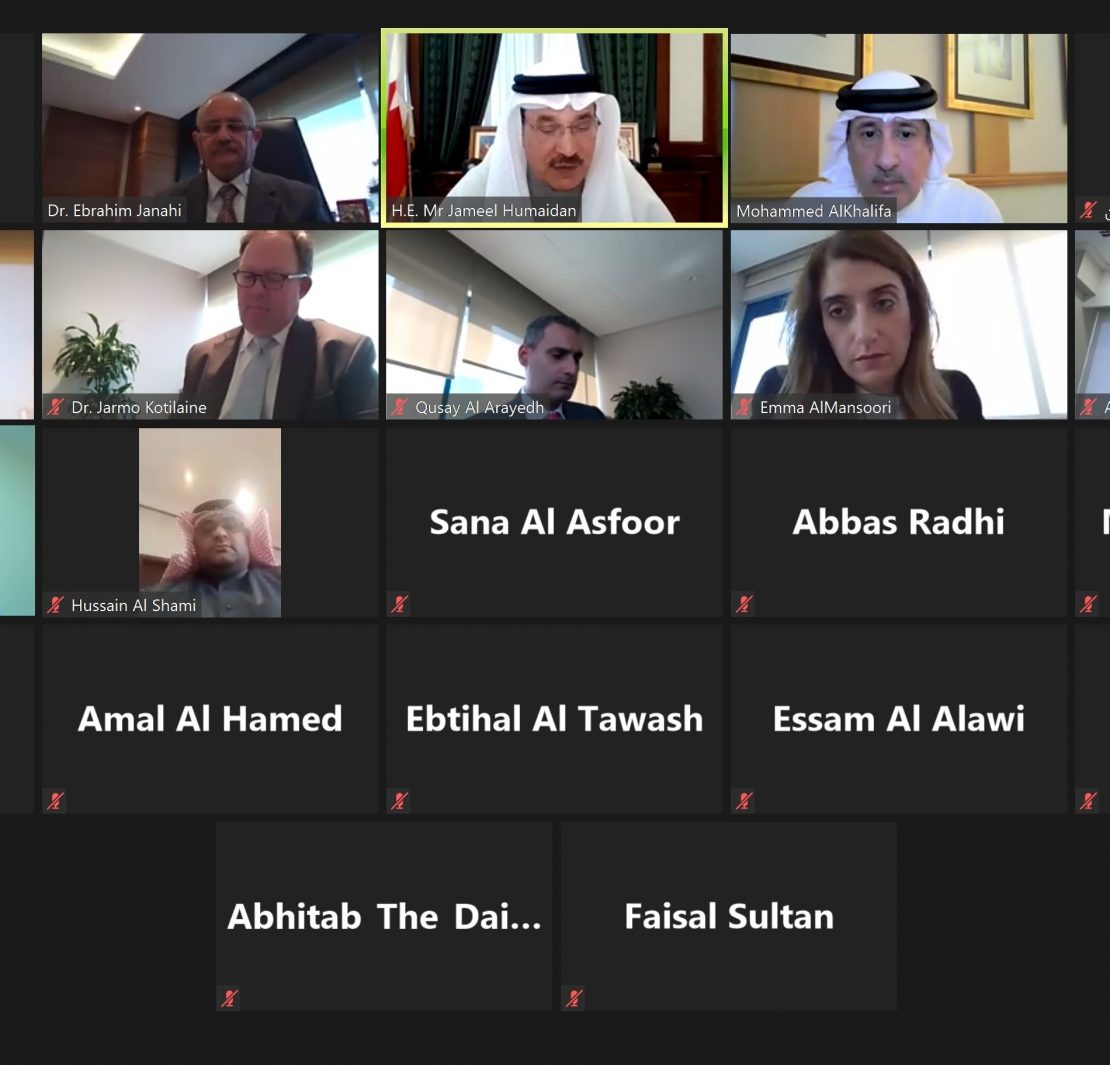 Labour Fund “Tamkeen”, 20th January 2021:Based on the directives of His Royal Highness Prince Salman bin Hamad Al Khalifa, the Crown Prince and Prime Minister, to launch the second edition of the National Employment Program 2.0, Tamkeen announces the reopening of its programs for individuals and enterprises, while focusing on supporting the employment of Bahrainis. This comes as part of the ongoing mission of enhancing the skills of Bahrainis to increase their competency and strength for the labour market.

His Excellency Shaikh Mohammed bin Essa Al Khalifa, the Chairman of the Labour Fund “Tamkeen” said that the reopening of Tamkeen’s programs come as part of the Government’s vision for the next phase of encouraging the employment of Bahrainis, including recent graduates. This is done through enhancing their competitiveness in the labour market and focusing on developing their skills based on the market requirements.

His Excellency also noted that Tamkeen has allocated a budget of BHD 120 million for the next three years (2021-2023) to support the employment of Bahrainis. The amount which has been doubled in comparison to the budget allocated the past five years, in addition to an increase in the amount and duration of the support provided for those registered in the Ministry of Labour and Social Development and fresh graduates.  The budget is also dedicated towards developing and enhancing current and new programs, including supporting remote and part-time work, which Sh. Mohammed stressed Tamkeen’s keenness to meet the needs of the current market, especially due to the economic repercussions caused by the pandemic on the global market.

During a press conference, His Excellency the Minister of Labour and Social Development, Chairman of the Board Directors of the Labour Market Regulatory Authority, Mr. Jameel bin Muhammed Ali Humaidan, discussed the role that the Ministry and the Authority will play in cooperation with Tamkeen and the other relevant parties in executing the three initiatives of the second version of the National Employment program.

Humaidan stated that the launch of this program aims to encourage employers to hire citizens during the Corona pandemic, as this period witnessed a surge of job applications, which was made easier through online registration instead of in person. This has also led to the increase of the numbers of job seekers, which comes with the aim of supporting employers allowing them to create job opportunities for citizens, in addition to monitoring and evaluating the labour market.

He adds that His Royal Highness Prince Salman bin Hamad Al Khalifa, the Crown Prince and Prime Minister directed the launch of the second version of the National Employment Program which aims to employ 25,000 citizens in the year 2021, and provide 10,000 training opportunities, through three initiatives. The first of which is reopening of all of Tamkeen’s program, enabling Bahrainis to be the employee of choice within the private sector, in addition to supporting employers to create new job opportunities for citizens and improve their wages, since the average wage of national workers in the private sector amounts to BHD 763.

Humaidan pointed out that the Labour Market Regulatory Authority will start implementing the second initiative by extending the period for announcing the vacancies in Bahrain, from two weeks to three weeks, before opening the application for recruitment to expatriate workers. This is done to encourage employers to benefit from this program, increase the period of advertising jobs, and give employers better opportunities to select candidates based on their needs.

As for the third initiative, Humaidan explains that the Labour Market Regulatory Authority will coordinate with the Ministry of Interior to tighten security measures to monitor and deport any illegal workers, to allow Bahraini citizens to be the employee of choice when employers are hiring. The initiative seeks to address any issues within the labour market caused by this type of employment, where Humaidan pointed out that the inspectors will work to execute the seven rules recently issued by the cabinet to regulate flexi and non-flexi employment.

On this occasion, the Minister calls on employers and job seekers to benefit from the National Employment Program, indicating that the Ministry will, in this regard, provide electronic services to facilitate the proceduers, and ensure the success of this program and achieve its desired goal of increasing the employment of Bahraini citizens in the private sector.

The Chief Executive of the Labour Fund “Tamkeen”, Dr. Ebrahim Mohamed Janahi, stated that the registration for Tamkeen’s program, as part of the National Employment Program will open next week, on January 24th. Tamkeen’s support will be provided through training support and wage support, in addition to offering a special program catered towards recent graduates which aims to boost their employment opportunities, whether it’s full-time, part-time, or an internship, preparing them to work within private sector enterprises.

According to Dr. Janahi, after six months of its launch, a comprehensive evaluation of Tamkeen’s program regarding the employment of fresh graduates will be conducted to measure the effectiveness of the program and its procedures, while also improving the program to make sure it’s consistent with Tamkeen’s strategy. This will not affect the employees enrolled, which their support is extended to three years.

Dr. Janahi emphasized on focusing on developing the skills of Bahrainis to make them the first choice of employment within the labour market, especially since it comes at the top of Tamkeen’s priorities, in addition to supporting their professional development, and empowering them to undertake leadership positions. According to Dr. Janahi, this step is a continuation of Tamkeen’s efforts of empowering Bahrainis and preparing them for the new requirements of the market, in addition to investing in new sectors that will create more job opportunities and contribute towards developing the country’s economy.

Applications for the Enterprise Support Program is scheduled to be opened next February. It will include new changes that contribute towards meeting the requirements of the market, in addition to supporting employees with their career progression.