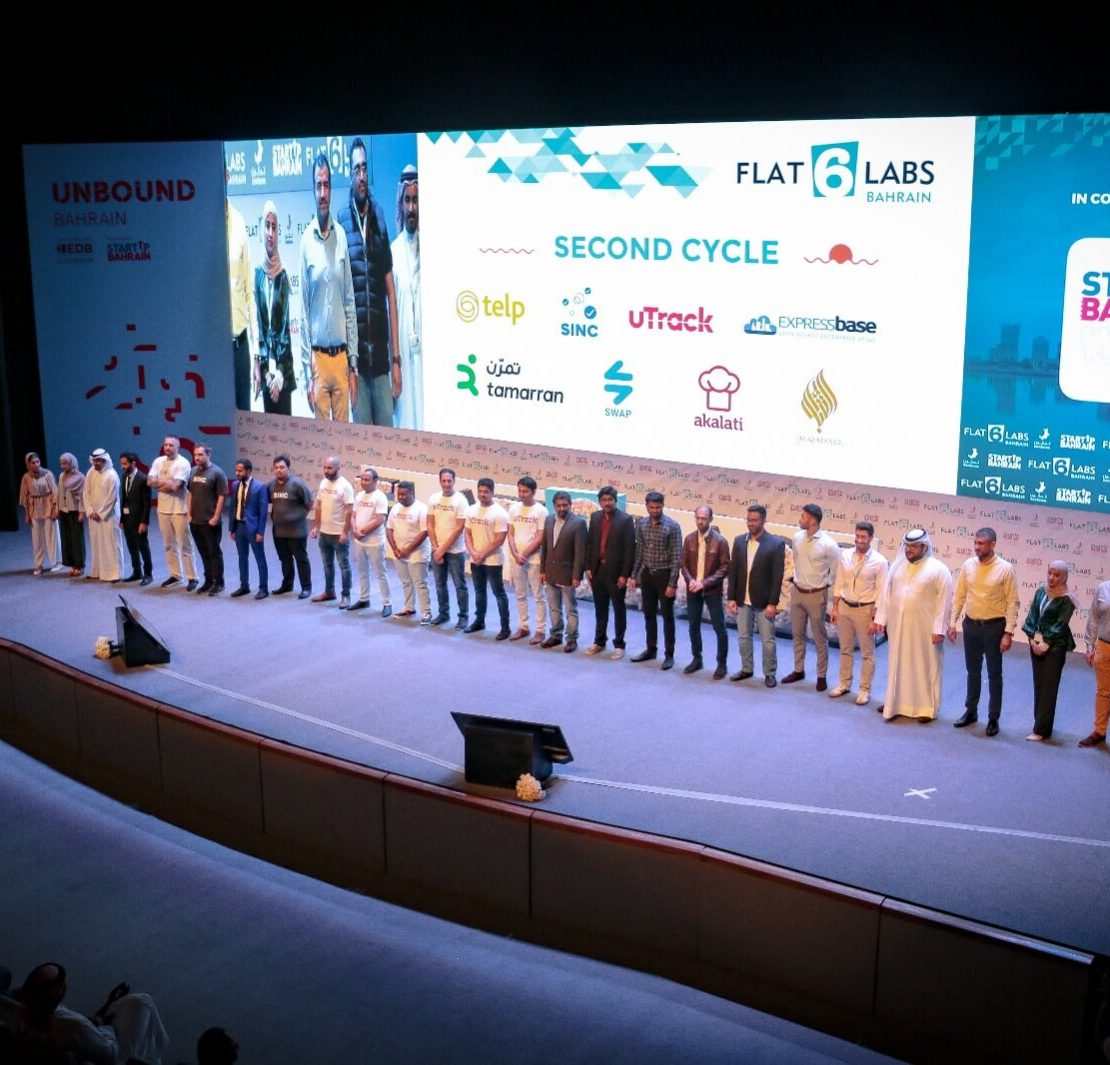 Flat6Labs Bahrain hosted its Second Demo Day at The National Theatre of Bahrain, where eight startups from its second cycle showcased their businesses in front of an audience consisting of VIPs, investors and other prominent officials.

The second cycle received over 200 applications from more than 40 countries which was then narrowed down to a final selection of eight Startups that consisted of teams both locally and internationally, with businesses offering products and services from a wide range of industries such as SaaS, FinTech, EdTech, F&B, E-commerce and more.

Throughout the four-month intensive developmental program, they were given access to world-class trainers, mentors and coaches as well as a host of perks, office space, legal support and company registration in the Kingdom of Bahrain.

“We are grateful for the outstanding support from our partners Tamkeen & EDB, whose efforts have contributed to accelerating entrepreneurship in Bahrain and our work towards growing the local startup ecosystem.” said Ryaan Sharif, Managing Director of Flat6Labs Bahrain.

“As part of Tamkeen’s objectives, bridging the gap between startups and potential investors and growth opportunities help boost the private market’s performance. It inherently supports the attraction of investments, while supporting Bahraini enterprises including startups to pursue their expansion as local commercial drivers.

This also marks Flat6Labs Bahrain’s 1 year Anniversary of launching in the country, during which it has invested in a total of 16 startups, 8 of which being Bahraini. Over the course of its two cycles, Flat6Labs Bahrain has received over 500 applications, from over 45 countries.

Flat6Labs is a regional startup accelerator program and seed investment company that fosters and invests in bright and passionate entrepreneurs with cutting-edge ideas. It provides seed funding, strategic mentorship, a creative workspace along with a multitude of perks and entrepreneurship focused business training.

Under the Patronage of HE Minister of Youth and Sports Affairs, and in collaboration with Tamkeen, Falak Consulting Announces the 4th Unreasonable Thinking Summit

In addition, it directly supports startups through an expansive network of partner entities, mentors and investors.

The program accepts startups with innovative solutions from all sectors. Over the next three years, Flat6Labs Bahrain is braced to support and invest in over 40 local and international startups, with two cycles of the program per year. The third cycle will commence in June and the deadline for applications is March 10th.

Flat6Labs has created an environment where entrepreneurs can advance their company in an incredible pace and a short period of time. Flat6Labs currently has accelerator programs and seed funds in Cairo, Jeddah, Abu Dhabi, Beirut, Tunis and most recently in Bahrain.

Missed Flat6Lab’s Demo Day? No worries, we got you covered. Check out our Instagram story for the full live coverage.