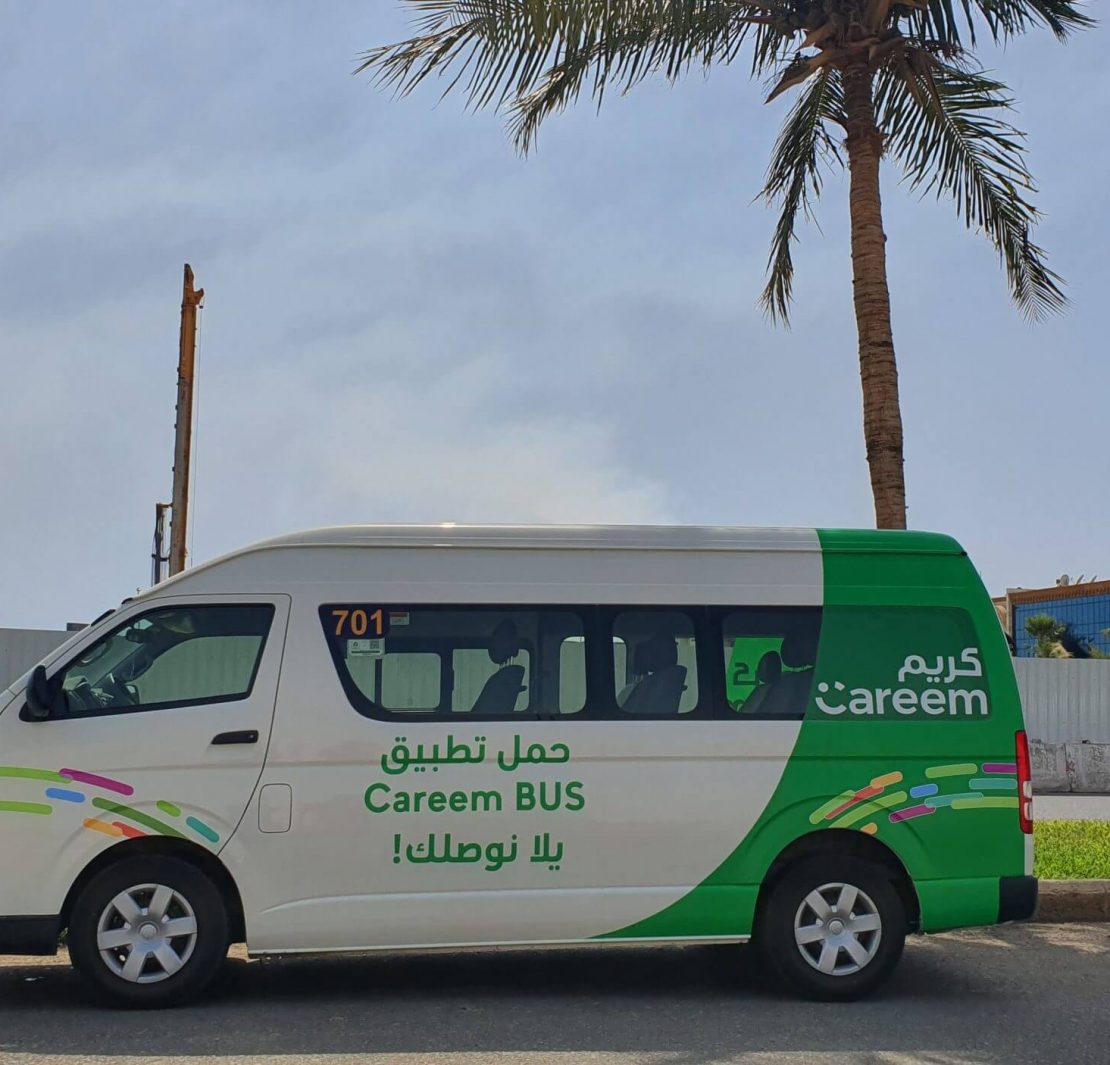 Careem BUS has fully launched in Saudi Arabia with Jeddah as the first city of operations.

Following on from the successful launch of Careem BUS in Egypt in December 2018, Careem has expanded operations to The Kingdom beginning in Jeddah with a fleet of 20 buses. The service is aimed at commuters, and the launch comes as part of Careem’s ongoing commitment to solving transportation issues, improving mobility and creating jobs.

The price per trip is between SR3 and SR5 – depending on the route – and is 60-70 percent cheaper than the Careem car service. Busses will be available between 7am and 8pm.

Hadeer Shalaby, Director of Careem BUS, said, “Careem BUS will revolutionize mass transportation across Saudi Arabia and bring a new level of sophistication and price to our customers. The 13-seater service has been a huge success in Egypt, easing traffic flows and providing a safe and efficient way to commute. Through our superior technology, the app-based service is as seamless as ride-hailing a car, allowing customers to enjoy the benefits of our tech as well as enjoying cheaper travel and reducing traffic on the roads.”

The service operates via a separate app from the ride-hailing product and is available for download on iOS and Android. Customers are able to choose the pickup and drop off location after which they will have the option of picking the bus that best suits their time. They will also be able to track the bus as it arrives, the same as when ordering a Careem car.

The buses are provided in partnership with vendors who employ the Captains, paying them a fixed monthly salary. Fares collected by the Careem BUS Captains go to Careem, while Careem pays the bus vendors a fixed daily amount, regardless of the number of trips they make.

Careem BUS in Jeddah offers buses with comfortable seats, headrests, and air conditioning. Careem also offers access to a Careem Care call center (+966 920 033 786) to aid both customers and captains, answering their questions and solving their queries.

The introduction of Careem BUS will help Saudi Arabia with their Vision 2030 plan for Smart Cities, contributing to app-based integrated transport options. It also helps the government achieve its ambitions to reduce pollution and ease congestion, as every Careem BUS has the potential to represent 13 fewer cars on the road.

The service will initially start with 13-seater buses, with bus stops to be stationed at city landmarks. Based on the feedback from customers, the service will look to add to its offerings to provide the easiest transport and mobility options for people in the city.