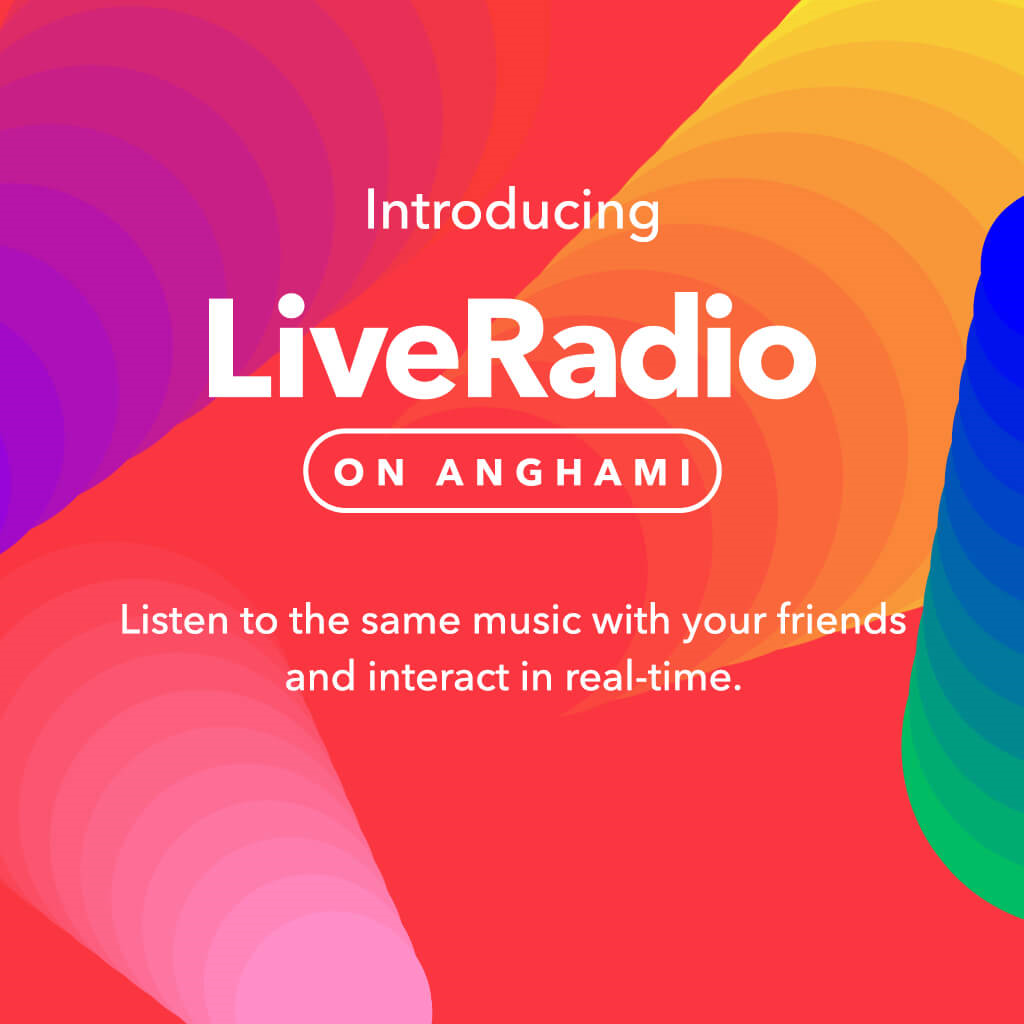 Prior to digitally buying and streaming music on our smartphones, mediums ranging from vinyl, cassettes, to walkmans dominated the way people consumed music. All these examples share a common thread: they’re both physical, and can be given or shared with another person.

Technology enabled us to gather a massive music collection and host it on the cloud, and then  build a nice music player that can be used from any smartphone.

At the same time, we’ve lost an important aspect when it comes to music: sharing.

It is especially satisfying when you introduce a friend to a song that they had not heard of before, and they immediately fall in love. That is why Anghami offers many features that allow people to interact with each other within the platform, such as chats, stories and many others.

Each feature is part of a bigger puzzle. We’ve learned from past experiments that there always needs to be context for something to succeed, and we’ve recently been working on what we think is the next logical step in our social experiment. Introducing “Live Radios”.

We are offering the ability for users and artists to “Go Live” and create a room to listen to music with other people in real-time. The feature is divided into two experiences: the broadcaster or “DJ” that is choosing the music, and the listeners. Let’s take a look at both flows.

Users can now find a ‘Go Live’ button on their homepage, or in their full-screen player. Tapping on it triggers a dialog that asks basic information such as the name of the channel and whether they wish for it to be private (invite-only) or public.

No matter where you are and what you’re doing, you are now given the opportunity to share the music you’re listening to with your family, friends, or even strangers who happen to have a similar music taste on the app. In short, Anghami’s live radio gives every user the opportunity to become a DJ!

Inside their live radio, users can control their queue, read and write comments to their listeners, invite friends and eventually stop their broadcast.

The listener experience starts from the homepage by tapping on a friend’s live radio. Users are then tuned into the music playing inside the channel where they can comment and clap for songs to indicate to the DJ that the currently-playing song is appreciated.

Both the listeners and the broadcaster have a button that can be used to invite people to the live radio via Anghami Chats, or via any external social media platform.

This new toolset in our product has a lot of potential applications, ranging from having virtual parties to intimate listening sessions. Everything is possible. We can imagine having a DJ preparing sets from the comfort of their own home and having people all around the region dancing and partying to the same tunes. Or simply listening to the same songs as a significant other during the day, connected through music at all times. It might seem like a small thing, but since the songs we listen to can directly affect our mood, it can be a way to share emotions even though people are separated by distance, especially during these quarantine times.

Future plans include enabling push-to-talk audio for the broadcasters so that we can replicate the real Radio experience within our Live Radios. Every user will be able to have their own radio station where they can share the music they love with the world. Eventually, we will be adding several tools for users who want to take this to the next level, like DJ mixing options and eventually live video streaming.