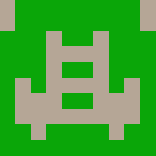 They had no money but just a dream to build their own start-up. Those two men did not even have a start-up idea when they moved to San Francisco in 2008, chasing a dream to make it big. This is what Brian Chesky, the CEO and founder of Airbnb recalls of how Airbnb came into being. His co-founder  Joe Gebbia and he were practically broke when a brilliant idea struck them. San Francisco was holding a design conference in the city then, and there were no hotel rooms for rent. Joe and Brian thought  it would perhaps be a good idea to rent air mattresses to conference visitors and make enough cash from that to start up their own business! Three people bought into the idea and that was the beginning of the great success story of Airbnb.

Based out of San Francisco, California, Airbnb.com today is a trusted online, collaborative community marketplace for people to search, enlist, find and book unique bread and breakfast options around the world — through a computer or just a cell phone! Be it a room or an apartment for a night, a castle for a week, or a villa for a month, or a  houseboat, a  tree house or a lighthouse, Airbnb connects people to unique travel experiences, at all price points, in more than 33,000 cities and 192 countries! And with world-class customer service and a growing community of users, Airbnb is the easiest way for people to put their extra space  into a profitable use and showcase it to a global audience of countless millions!

Between those three initial air mattresses rentals in 2008, to today, Airbnb has had a difficult and tough journey. Along the way, Brain and Joe  brought in their third co-founder Nathan Blecharczyk. Brian and his co-founders sold special breakfast cereal in boxes that carried funky names (Obama O’s and Breakfast of Change) to attendees of the Democratic National Convention in November 2008 so they could keep Airbnb going. As Brian recalls, that was their “ seed money”.The struggle was enormous as the idea defied all logic.  Who would want to rent spare rooms to strangers from strange cities in their homes? And why would anybody rent a room in someone’s house, instead of a hotel?

So they focused on ensuring utmost safety and security of customers to gain their trust. That perhaps has been the key reason for their success as well. Airbnb ensures this by using  state-of-the-art trust and safety  features like secure payments, authentic reviews, detailed profiles, and most importantly, a 24/7 world-class customer service which is just a phone call away!

All about Bahrain’s 1st & only Autism Fitness Center, Wonder

A classic success story from bootstrapping and struggle, Airbnb today is a globally renowned online marketplace with offices across the globe in various cities like San Francisco, London, Paris, Barcelona, Sao Paulo, Copenhagen, and so on. It has over 10 million nights booked, over 200,000 listings worldwide, over 33,000 cities, 192 countries and over 600 million Social Connections! It truly reflects what its CEO and founder Brian Chesky believes in that “being truly broke brings an incredible amount of discipline and focus”. Hence the incredible success!