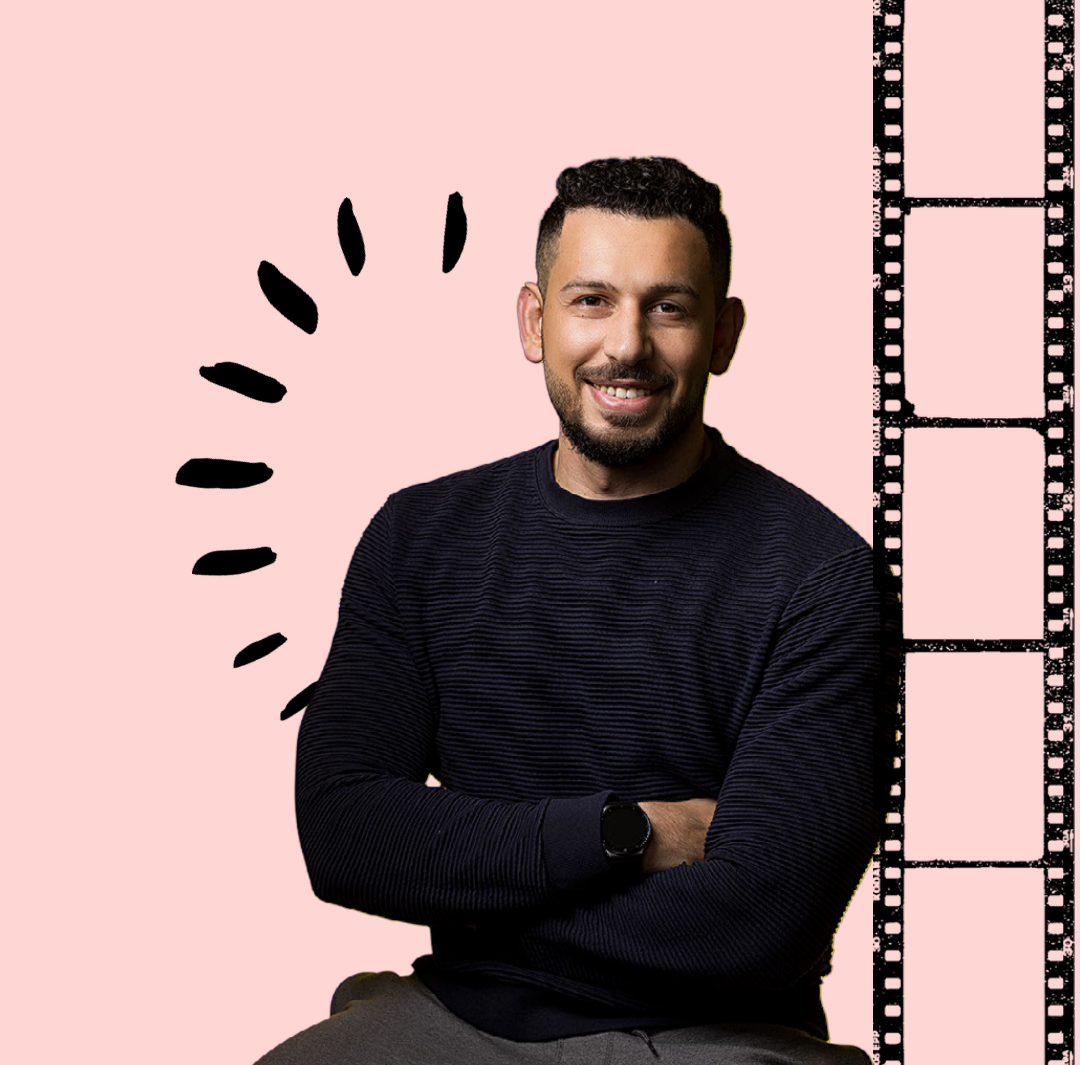 Storytelling is an ever-changing, ever-growing, art form that varies in the way we perceive it, be it visual, written, or oral. Nevertheless; its influence and power are consistent. Hashim Sharaf introduces himself as a storyteller, one who’s once found himself stuck in the mundane patterns of life, then one day upped and decided to take that pattern and rearrange it.

Nobody can deny the sheer impact of visual storytelling; its dynamic demand for attention and ability to spark change were just a few reasons for Hashim to pursue a degree in filmmaking and cinema studies at RMIT University in Australia!

“Stories are everywhere. Every single person is a story, which means we’re surrounded by billions of them around the world just waiting to be told.” Hashim’s journey started with making short, amusing films with his cousins, and one of them, Slap, even took a life of its own to become an award-winning one! Since then, he’s come to receive 12 international and local awards such as the 1st place at the Sharjah International Film Festival and the Jury Prize of Baghdad International Film Festival. A round of Mashallah’s is in order, folks!

“The key in storytelling is the how,” he added, “how you tell a story is so vital, and that’s what inspires me to create films: perspectives! I keep in mind that translating someone’s story into visual content is almost like speaking on behalf of someone and reflecting on their inner self.” Now that’s a responsibility not to be taken lightly.

Hashim’s passion for filmmaking catapulted him into starting a creative agency with his friends, More Media, to focus on the stories they want to tell and, and the dreams they want to turn into reality. Hence, the clever approach of the agency to navigate the marketing industry with their unique goal: creating and building content that touches on humane values and stories while inspiring change. A commercial doesn’t just have to be a commercial. “By creating original Bahraini content, we’re hoping to open a door that would lead people to our country’s culture and our people’s lives,” Hashim noted.

Bahrain has come far in the marketing scene, but there’s still a long way to go! Traditional marketing mentality seems to still be the dominating approach bestowed upon and expected from creative agencies, which in turn takes a toll on the rollout of original and innovative campaigns and such. Hashim, however, is optimistic about the future. The new generation is sparking the change that’s been needed and is reforming the old school mindset.

“Our lifestyle is rapidly changing, and the pandemic accelerated this change in certain aspects, so the need to focus more on our values and goals to become a proper marketing power within the region is more important than ever.” Let’s get our lovely Bahrain a prettier, bigger crown!

Circling back to Hashim’s cinematic roots, he touched base on a matter we’ve recently explored with none other than Bahrain’s acclaimed filmmaker, Saleh Nass, and that is the clear lack of an established and strategic film industry for a landscape that houses plenty of unguided talent.

Choose yourself, choose Comin as the fitness center of your dreams

Hashim commented: “We lack producers, funding entities, distributors, clear regulations, and even simple film commission, but we strongly believe that we can and will be the industry builders.” That’s the kind of motivation and hope we love to see!

Speaking of film, we just had to ask the filmmaker what genres he would like to create and see more of in the Bahraini film landscape, and his answer didn’t disappoint! “Films that in one way or another explore humanity, decency, kindness, and the things that are truly worth being alive for. Also, a deconstruction of what makes a good person good.” We’d watch that in a heartbeat, Hashim.

After all, the success Hashim’s seen and experienced doesn’t look rigidly similar to everybody else, and that’s completely okay. “My vision of success is split into three parts; first you have to take the first step you need to start your journey, then you simply must never hold back on what you have to do and simply enjoy the ride.” And he’s right! It’s about the journey, not the destination.

Have you seen any of Hashim’s brilliant films? Let us know what you think, get in touch with us on our social media platforms through Instagram, Twitter, Facebook, and LinkedIn. We’d love to hear from you!