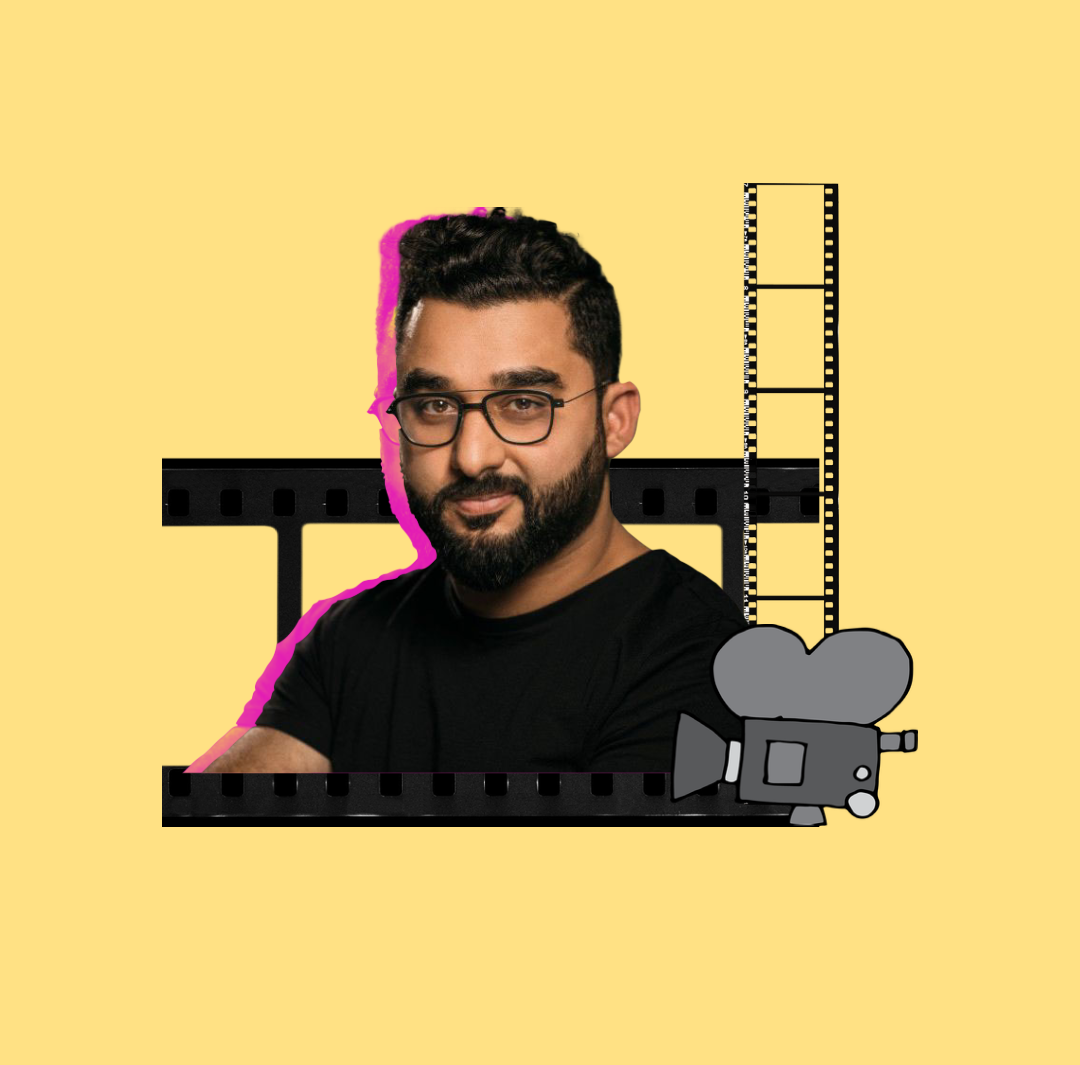 Maryam is the Content Manager at Matter in Hand with…

We’re all walking stories meant to be told one way or another, whether it’s through an anecdote, a passing memory or a script turned to film, and the act of seeking out stories that could transport you somewhere else for a matter of minutes or hours is considered one of the most magical innovations of humankind. With that in mind, let’s meet a person who knows a thing or two about creating this sort of magic.

Saleh Nass is what you would call a quintuple threat (even though he’s the nicest person, there’s nothing threatening about him except how much he’s accomplished). He is a filmmaker, director, editor, producer and screenwriter, pretty much an all-rounded person in the creative field of storytelling and showing.

Besides working on and developing features and series, he’s had a number of his films screened in key film festivals (Tampere Film Festival, anyone?) around the world and two of them, “Pick Up” & “Central Market”, are currently airing on OSN. He’s also shot several music videos, including Sami Yusuf’s ‘Mast Qalandar’.

With 30+ film credits to his name, we asked him of his approach to choosing a project and which role comes to him when faced with a story. “Since I put my all into a project, whether I’m editing, or writing/directing it, then I should enjoy the process, and so I’m selective when it comes to picking my projects.” Saleh explained that before settling on a project, he looks at it from every angle, analyzes how his strengths will elevate and add to it.

“We make filmmaking look easy, but it takes a lot out of you. It helps when you are on board creatively with the people you’re working with; or in the case of editing or writing, that the director trusts your judgment and sees you as a very important part of their story and decision making.” We can only imagine!

As if that weren’t enough, Saleh’s day job consists of being a Co-Founder of Elements Cine Productions, a company he founded with his good friend and collaborator, Chaker Ben Yahmed, around 13 years ago.

How did that even come about? “It happened suddenly. Chaker and I were both cineastes and we wanted to be independent enough to have our own projects, and from there, make our own films or series.” He said, emphasizing the risk of investing in equipment that was extremely expensive, making it very hard to start something from scratch.

“One very late night while filming something, we decided there and then that now was the time to invest in ourselves and the thing we wanted to do. It was such a big risk, but one we’re glad we took. We built up the business from there, slowly but surely.” Saleh added. And what a wonderful development it has been!

But there’s no sugarcoating this bitter fact: there’s a clear absence of strategy and commission for filmmaking in the Kingdom, and the resources for it are scarce. Saleh shared his thoughts on the matter: “There have been local film festivals and support programs which have produced short films over the years, but local filmmakers have always looked around the region and abroad for that kind of funding. That’s not to discourage new filmmakers from trying to tell their stories of course, but just to put in that extra effort in their preparation.” There is hope, of course. The filmmaking landscape has changed so much in the past few years, let alone in the past decade, and Saleh acknowledges that as the “Pre-YouTube” era.

So, we asked him for advice for young Bahraini filmmakers, “For people who want to work in an industry, they need to train themselves to specialize in a skill and hone it, whether it’s in editing, sound design, camera operating, lighting, grip department.

The film industry is not defined only by directors and cinematographers, there are many roles dying to be filled by professionals in the region. I, for example, trained as an editor because I liked problem solving and looking for stories.”

Saleh’s words of wisdom are to encourage aspiring filmmakers to become well-rounded and versed in their craft, to become creative in their own right as well and see where each skill would take them.

In the grand scheme of things, stories are a reflection of each filmmaker’s thoughts, and Bahrain could be on its way to curate a distinguished voice for itself in the landscape of cinema, if given the proper care and attention. Our stories and experiences cannot be duplicated or told as authentically by anyone else, and Saleh recognizes this. “Bahrain will always be distinct because of our multiculturalism and gift for telling stories, but there is a wider region out there of which we are collectively a part of. I’ve always seen Bahrain as part of a GCC filmmaking scene, and in my mind it should be promoted together.”

Just for fun, we asked Saleh if he had the ability to live in one of his films for a day, which one would he go for? “I wouldn’t live in my films, they’re tough worlds! It’s a moment of pure catharsis after making them, then you let go and don’t want to revisit. But if I were to pick,

I would go with Game, because those kids were so fun to work with and I wouldn’t mind playing football with them. I’d definitely be nicer to the hero though!” If you haven’t seen Game, you simply must!

One as booked and busy as Saleh must have some leisure time to recharge for bouts of creativity, right? So what does he do? “A good day would be one where I spend it reading,” We relate, Saleh, like, on a spiritual level. “I’ve also taken up learning the Tanbour, an ancient stringed instrument.” He added.

Of course, we couldn’t let Saleh go without inquiring about his upcoming projects. He told us that he’s currently keeping himself busy writing a few films after finishing writing two series for TV! (Mashallah, Mashallah). “It’s a journey; a long one for the most part. You need a lot of patience, self-love and making friendships that can help get your projects to life. But when it all comes together, it’s cinema magic.” Just what we’d assumed!

Have you seen any of the films we mentioned? Let us know what you think, get in touch with us on our social media platforms through Instagram, Twitter, Facebook, and LinkedIn. We’d love to hear from you!

Maryam is the Content Manager at Matter in Hand with a praiseable knowledge of books and a love for all things regarding poetry, music and fast food. Oh, and she's a Ravenclaw.