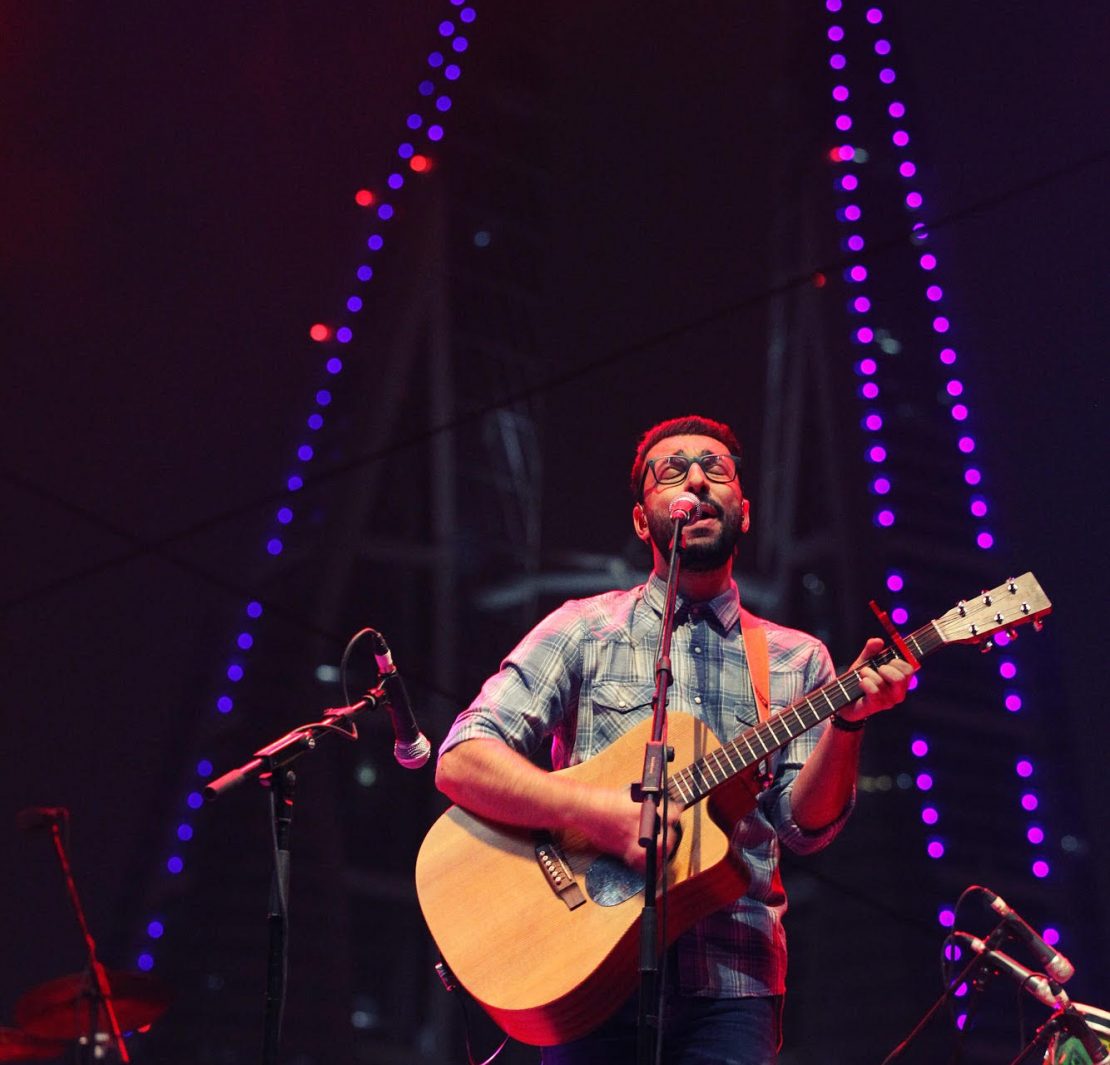 Atom, Elsewhere, and Mars. To you, these might be random words, but to Ala Ghawas, they’re titles of some songs he wrote and sang. We wanted to explore more overlooked entrepreneurial sectors in Bahrain, music in today’s case, through one of Bahraini’s finest musicians, Ala Ghawas.

First things first, let’s have a quick introduction about the man behind the exquisite music. Ala is a Bahraini indie singer-songwriter, musician, and record producer, making him a quadruple threat. His first album, Hums, was released in 2007, while his most recent album was Live from Grace in 2019.

Known for his indie-folk, chamber pop, and folktronica genres, Ala has 3 Studio EPs, 2 Studio LPs, and 3 Live LPs! Some of those include his songs we mentioned above and his most recent Live LP ‘Live from Grace,’ which was screened in Saar Cinema, Bahrain, in 2019.

Ala didn’t get to music; it got to him. It was always a part of his life, from as early as the age of 8 years old, playing the accordion with his school band. Music, like any creative field, or any field in general, requires a lot of faith to pursue. Ala credits his school music teacher, Mr. Maani Abulaziz as the first person to notice and believe in his musical talents, followed by the incredible support he received from his parents as well.

“I also came from an artistic family which obviously helped in shaping my perspective about the arts and how it defined my lifestyle.” Ala shared in regards to his beginnings. He added: “My mother is a poet, my grandfather was a poet, my uncle, Abbas Almosawi is one of Bahrain’s most celebrated painters and artists, so influences came from several places.” Talk about a cool family!

Putting our serious face on for a bit, what about the music industry in Bahrain? Is it promising? What does Ala think of that?

“Honestly, the answer is no. We don’t have an industry. We probably have a scene, a community of artists maybe.” Honesty is the first step towards making change, right?

Ala mentioned an excellent point that Bahraini musicians should keep in mind, that is “Bahraini artists shouldn’t look at Bahrain as their marketplace. The true marketplace is the region around us, at the least, and then the world. Bahrain’s small population makes it very hard for musicians to make a career out of music. They have to expand outside – that’s the only way in my view.”

After all, understanding your target market is absolutely essential for your growth as an entrepreneur in any sector.

Since we’re on the topic of musicians’ hardships, Ala’s it was financing his own music since his 2007 beginnings. That’s almost two decades of self-funding! On that experience, Ala shared: “I personally funded the cost of producing 3 EP albums, 2 LP albums, three live albums, and two music film features that were screened in the cinema. All of that was produced and released with no guarantees of any financial outcome. That’s the cost of building a brand for myself. It’s tough because I stayed artistic and true to how I really am as an artist. I didn’t change my game to expand my fanbase or become commercial. Nonetheless, I’m very proud of what I accomplished with my music. I am defined with those records I put out there.” We’re quite proud of Bahraini originality and persistence, too!

Okay, we can’t go on any further without sharing some of our favorite songs of his. Don’t judge. Listen to Atonement, Ember, and Fadheela. You’re welcome.

Fun fact: Remember Ala’s poet of a mother? That would be Fadheela Al-Mosawi, yes, the song mentioned above.

Since Ala’s musical journey has proven over the years to be a successful one that survived through its hardships, we wanted to get his formula for the growth and development of young independent Bahraini musicians.

Ala responded with: “The changes need to happen to the artists themselves. I would urge artists to work harder towards producing their own material and challenge themselves with new sounds, new original musical directions, and new perspectives about the arts as a whole.”

He further elaborated: “I would also urge them to read more, think more, practice their instruments more, express more and spend less time on social media till they have a worthy product to be shared with the world. The world of music had become extremely competitive, so mastering a musical instrument isn’t good enough. Musicians need to be very well educated with decent exposure to literature, theater, cinema, and some forms of arts. That’s how they can stand a chance to grow and become noticed.”

There you have it, young Bahraini musicians, we can’t wait for you to make a business venture out of your talents. Maybe we’ll write about you next!