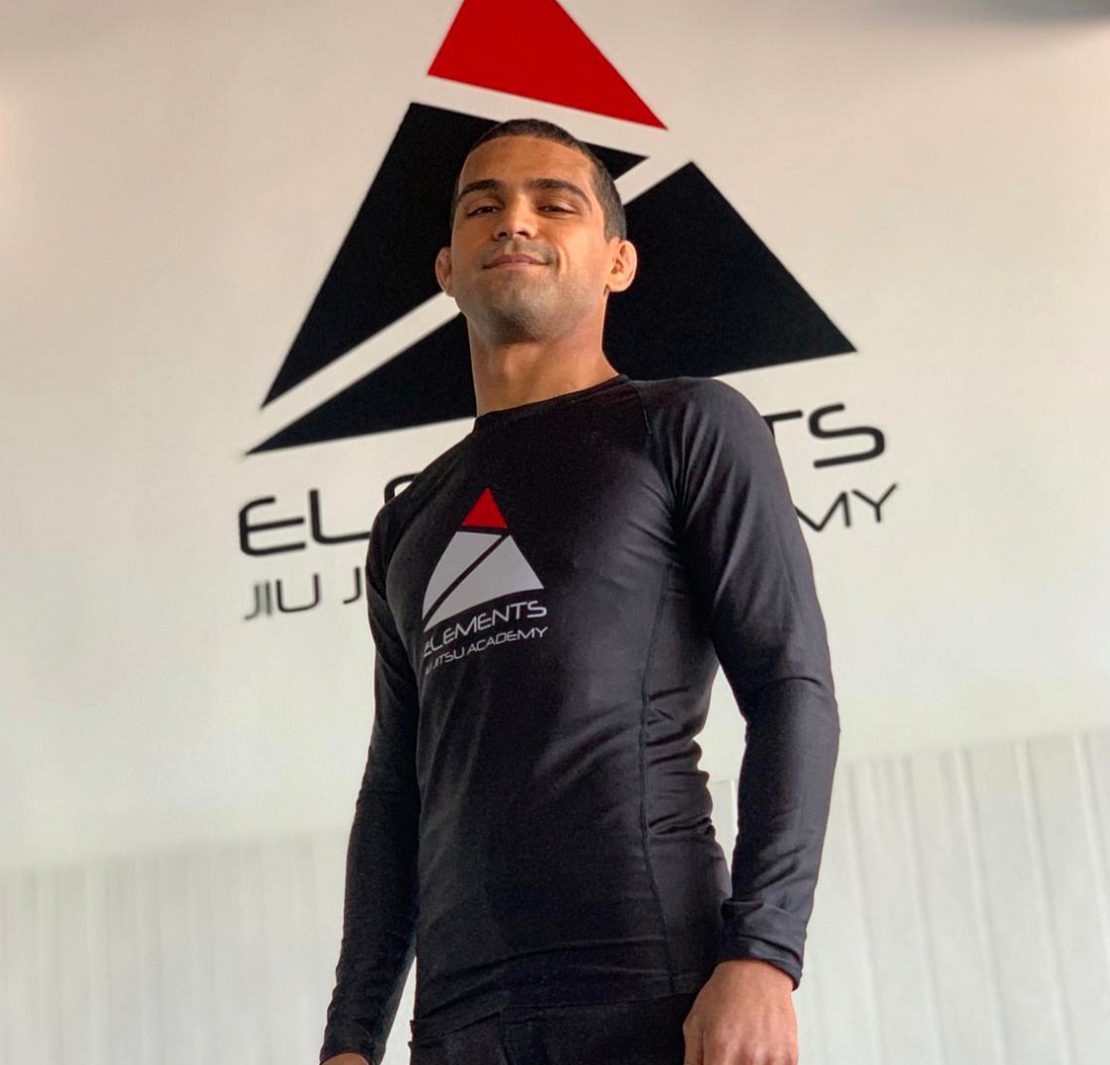 We’re living in the era of gold, with Bahrain’s achievements in the sports and youth sectors being more evident than ever, which is why we spoke to one of Bahrain’s most accomplished and celebrated athletes.

He recently started his own sports business venture, Elements BJJ, in which H.E. Minister Aymen Al-Moayed was present during the opening ceremony. We’re talking about the awesome Ali Monfaradi!

Ali is a Jiu-Jitsu black belt holder and the first high-level competitor from the country of Bahrain. He started training at 12 years old, even though he wanted to train from a younger age. According to him, Jiu-Jitsu was just not like it is now in Bahrain. As soon as there was a kids’ program, his journey took off.

He reached a point during his teenage years when he outgrew the small BJJ scene in Bahrain, which is when he moved to the birthplace of Jiu-Jitsu, Brazil, at the age of 17. Ali made the best of both worlds there, as he trained full-time at one of the world’s top academies, and got his university degree as well.

You know what else he did while he was there? He won the 2012 IBJJF World Championship, going through 7 different fights, even though he had stitches in his head before the fight…and a huge swollen ear on the day of it. Talk about determination!

You might wonder (as we did before speaking to Ali) what drives someone to endure all of that physical pain? What keeps them going back? The answer is a lot less complicated than you’d think: it’s humbling. Athletes, in general, face setbacks and loss regularly, and it’s their making peace with that notion that doesn’t just redirect them back to the fight but brings them even stronger.

Martial arts teaches you a lot more than just kicking and hitting, which is the common misconception of those who don’t practice or know much of it.

But there’s one more thing in Ali’s elements (see what we did there?) of success in the game; it’s the endless support he received from a black belt holder he knew all along: his father. Ali shares: “He always put my needs ahead of his, did everything he could to support my career, and always had the same, proud smile on his face, whether I won or lost.” (We know, major aww moment.) Ali continues: “He supported me not to guarantee my success, but simply to see me do what I enjoy.”

Ali also received monumental governmental support, on which he commented: “I can’t go without mentioning the countless steps H.H. Shaikh Nasser bin Hamad Al Khalifa, representative of His Majesty for Charity Works and Youth Affairs and Chairman of the Supreme Council for Youth and Sports, and H.H. Shaikh Khalid bin Hamad Al Khalifa, Supreme Council for Youth and Sports First Deputy President and Bahrain Olympic Committee President, took to elevate sports in Bahrain. I can also say that they have both personally helped me and were and still are a major influence and key to where I am today.”

Having represented Bahrain in so many competitions regionally and globally, he advises Bahraini youth who want to pursue a career in sports with one thing: “Believe in yourself, as cheesy and overused as it may sound,” he further elaborates: “we, unfortunately, have something of a stigma here where we downplay our potential because we are Bahraini, giving our international counterparts credit before ever facing them. Why? We are all flesh and bone. I see being a Bahraini in the sports industry as an advantage; we are no longer the underdogs.” Era of Gold wink wink.

Bahrain-based Muharraqi Design is changing the landscape of creative design

Remember Ali’s business venture we spoke of earlier? Elements BJJ? He’s also the head coach there, and he aims to create a platform where aspiring athletes can excel to reach international levels. “After all, they will be far better equipped than I was in 2006.” He shared.

Ali mentioned that his other main goal with Elements is to “introduce Bahrain to a systematic approach to teaching Jiu-Jitsu, and raise the bar where the methodology is concerned.”

As he notes that there has been an increase in the average’ ‘fight clubs” that teach random techniques, which is why methodology is critical to him as an athlete and for his courses remain true to his own experience in Brazil and not lose its integrity.

Last but not least, Ali values inclusivity and accessibility for everyone in Elements, regardless of age and gender. “Elements is set to establish Jiu-Jitsu as a new health and fitness lifestyle in Bahrain. I want its benefits to be accessible by everyone, not only young male athletes but men and women of all ages, kids, and those who are just looking for a new way to get fit and healthy.” He concluded.

Bet you’re hyped to join Elements after reading all of this, aren’t you? Learn all about Elements and their schedules on their website and Instagram, and reach out to Ali on his Instagram too.