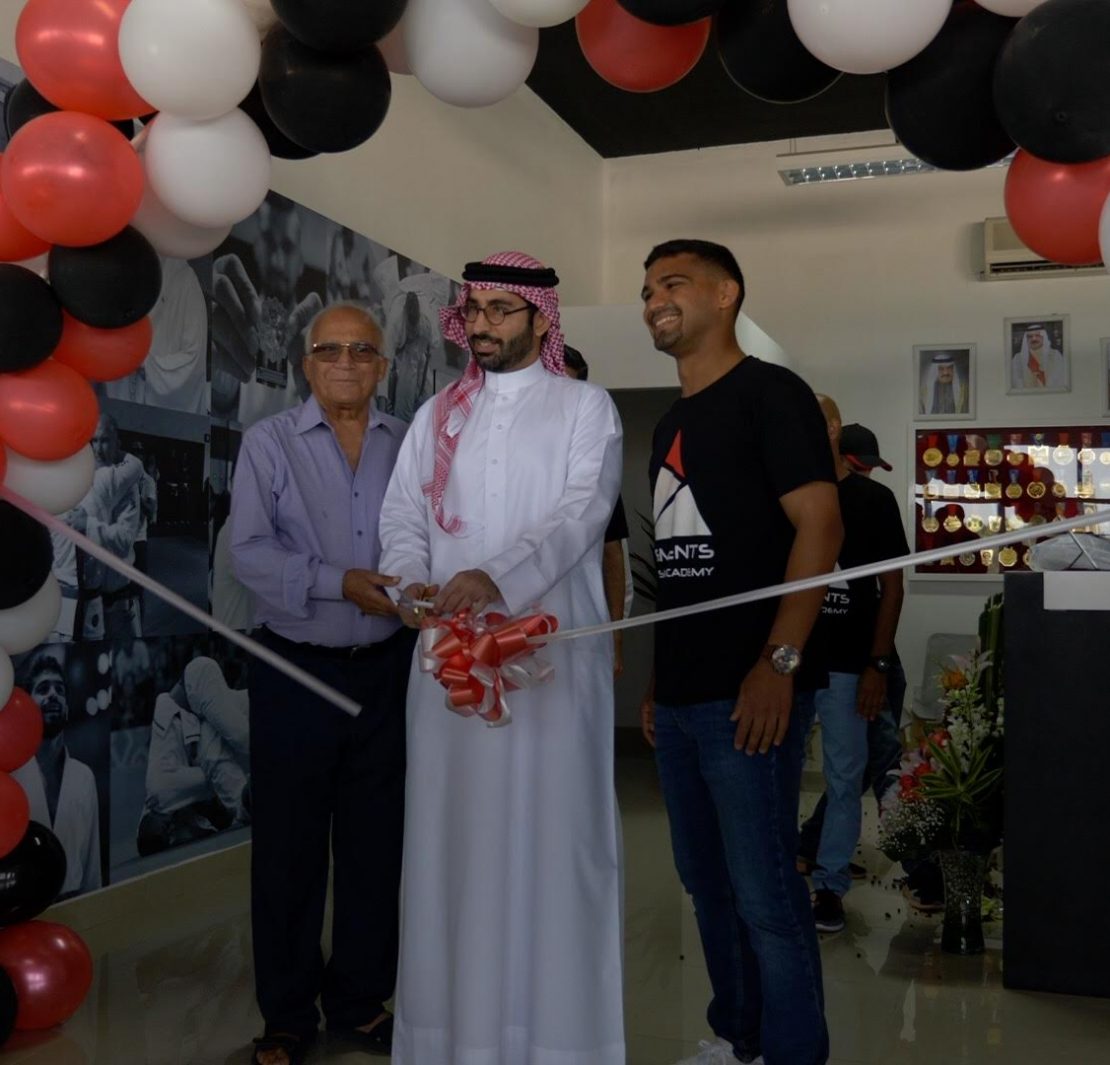 Elements Jiu-Jitsu Academy (Elements JJ) opens its doors in the presence of the Minister of Youth and Sports H.E. Aymen Al-Moayed during a ribbon-cutting ceremony. The Minister toured the academy located in Tubli with Elements JJ co-owner, head coach and Jiu-Jitsu World Champion Ali Monfaradi, and discussed the academy’s plans in strengthening the level of Jiu-Jitsu in Bahrain and providing a platform for athletes to excel on an international level.

The Minister stressed that the opening of various sports academies and Jiu-Jitsu academies reaffirm the Kingdom’s vision to transform sports from an entertainment concept to an industry-based concept by utilizing resources in order for Bahrain to become the capital of youth and sports. He added that this would lead to hosting more academies and sports tournaments in the Kingdom.

The Minister also expressed his confidence in the academy, which will strive to achieve its goals in creating distinct generations of athletes and enriching Jiu-Jitsu in the Kingdom.

Head coach and co-owner, Ali Monfaradi, has accomplished numerous historic
achievements over the course of his career as a leading Bahraini athlete on international stages. Ali became the first GCC athlete to win a gold medal at the IBJJF World Championship and his more recent achievements include gold medals at the 2018 Asian Indoor Games and the 2019 European No-Gi Championship.

“I’m very excited to play a role in elevating and diversifying the martial arts scene in the GCC through Elements Academy. I aim to create a platform where I can share my experiences and bring an international level of coaching to Bahrain and further the Kingdom’s stance as the region’s hub for excellence in sports,” said Mr. Monfaradi. Elements JJ is located in Tubli and is open 6 days a week.

The academy offers beginners and advanced Jiu-Jitsu classes as well as a kids’ program for children aged 7 years and above. Fitness classes and personal training are also offered by certified instructors at the academy’s dedicated gym area.