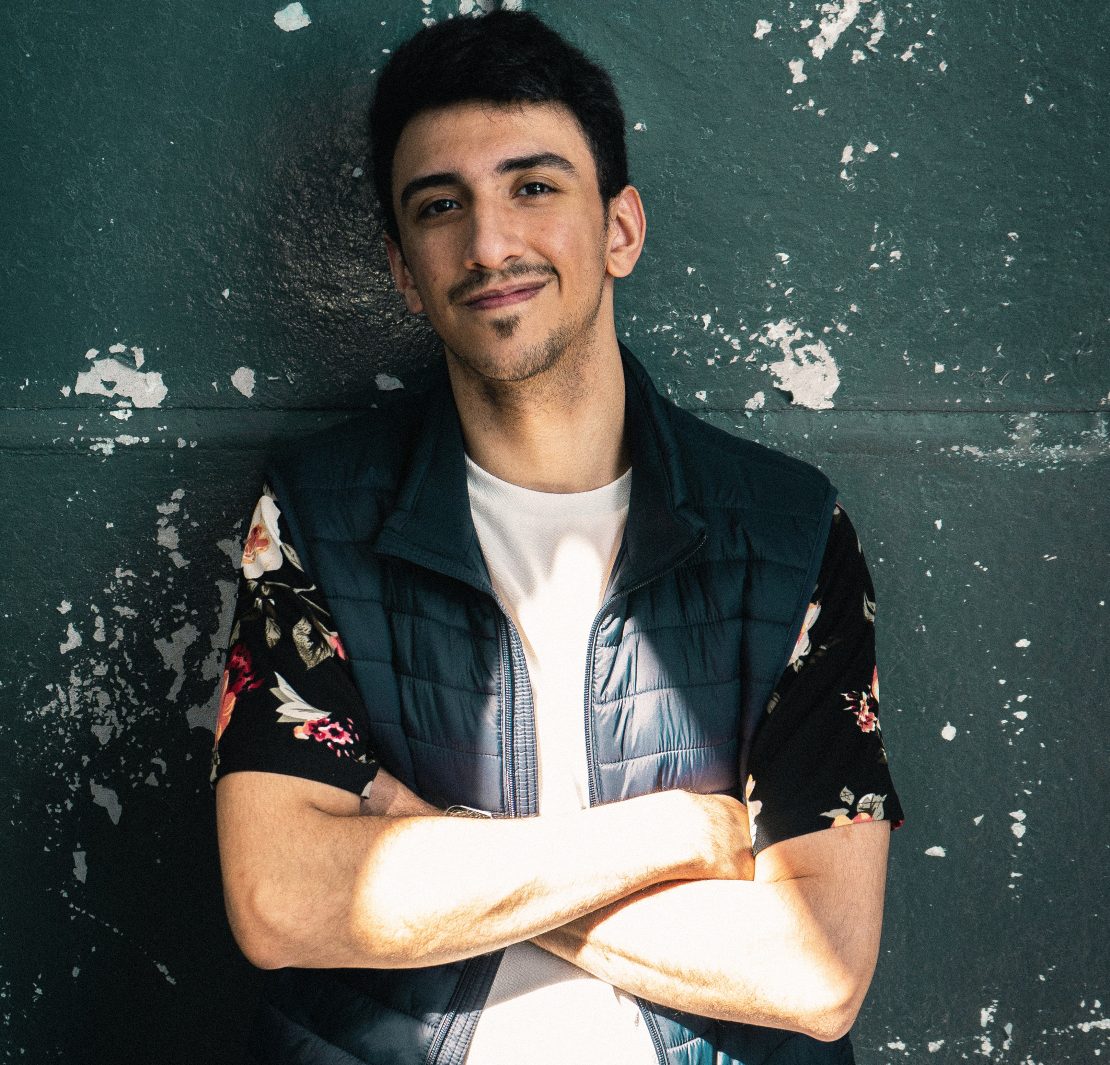 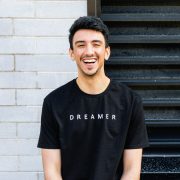 Born and raised in the UAE having Kuwaiti parents, Eisa…

There are countless of articles online that tell you the secrets to “success”, and many include a step-by-step process of how to succeed in your life. Rarely however, do you find articles that give you the steps to failing in life. What if you’re really interested in failing? Where is that article?

Well, here it is. My name is Eisa, a 25-year-old Kuwaiti born in the UAE who studied for 7 years in Canada. I specialize in failure. Here are my 10 steps on how fail in life:

Step #1 – Pursue Something You Are Not Passionate About

Before I started university in Canada, I had a big choice to make. I had to decide what I wanted to pursue for the rest of my life (well it seemed like that at the time). I spoke to my dad and told him I wanted to pursue medicine. He told me that I shouldn’t. Imagine a father advising his son not to become a doctor, crazy right? Well he knew something that I was neglecting at the time; he knew that I was passionate about filmmaking.

He saw how much I loved creating videos and how fulfilling it was for me, almost like I was born to do it. He was worried I was going to give up on my passions and follow a path that was not meant for me. But I did not listen to his advice. I went after something I thought others will respect me for, and that was my first step to failure. Only after getting smacked with horrible grades, depression, and loss of self-esteem, I slowly realized that I can’t keep ignoring who I am and what I love to do.

Sometimes failure comes in a form that isn’t dramatic, it’s more of a state of mind. Failure can be the comfort zone that you have placed yourself in for years because of fear, stopping you from achieving what you truly aspire to be. For the first 18 years of my life, I was in a bubble. A bubble that felt comfortable but stopped me from achieving anything significant.

Because of that, I felt trapped and my ambitions were supressed. I knew I had to travel abroad to live up to my potential and make something out of myself. Studying in Canada and travelling the world undoubtably changed my life forever. My life started to have purpose and I felt alive. Travelling for the first time is like stepping out of a movie theatre that you were stuck in and finally getting to experience the real world.

Step #3 – Become A Slave to Procrastination

Some of the biggest failures that I have experienced in my life was due to the fact that I was not managing my time efficiently. From failing in courses because I was simply lazy (I blame YouTube and Netflix sometimes), to missing out on opportunities because I did not have enough time to take initiative, and much more. All could have been avoided with one step; stop procrastinating. Easier said than done, I know, but it is truly key. Once you commit to being proactive you will shift towards a more productive and fulfilling mindset that rewards you much more significantly than the instant gratification of a Netflix binge watch.

I recently had to perform a presentation on Zoom to people from different parts of the world about making videos. I thought it would be an easy task for me personally because of my years of experience in creating videos, so I did not prepare at all. And guess what? I failed miserably. The supervisor of the meeting told me at the end of the call that I was like a sinking ship, that’s how bad it was. This proved to me once again, preparation is key in avoiding failure.

Confidence, previous knowledge and enthusiasm will all go to waste if you are not prepared. Preparation means that you don’t underestimate any situation, regardless of how easy it may seem. It is always safer to put in the effort and prepare beforehand for any task, especially one that involves other people. That way you will minimize the chances of sinking your ship and if you happen to hit an iceberg, you will at least look professional. Prepare for impact.

Step #5 – Let Others Dictate Your Behaviour

When I first announced to my friends back in high school that I was going to pursue studies in Canada, I was told that one of my closest friends was saying I wouldn’t last a year. Not only was he wrong, but I completed a pre-medical degree with a major and a minor and a 3.50 GPA.

One trait that I have that has really benefited me throughout the years is that I take people’s doubts about me as a challenge to prove them wrong. It is like fuel. The more doubted I am, the harder I work. That is my life hack. Unfortunately, I have seen many people give up on their dreams and passions just because they were told they weren’t good enough, or that they stood no chance. If you want failure to follow you everywhere you go, do everything based on what others think.

Step #6 – Do Everything Alone

One of my favourite short books is a little book of inspiration called “Together is Better” by Simon Sinek. Before buying that book and gifting it to a few people that I cared about, I discovered that I could not build a future for myself if I am going to do everything on my own. I realized this especially when it came to making videos.

When I first learned how to edit a video, I wanted to do everything on my own; act, shoot, edit and share. That way I felt I could get all the credit but also feel like I had full control over my work. In the real world and when it comes to creating impactful content, it’s always about teamwork. The better the team, the better the work. Doing everything on your own is a great shortcut to burning out and hence, failure.

Step #7 – Distance Yourself from Family

There is a term that I recently came across when it comes to sharing content on social media, “charity views”. This term refers to the audience that has consumed the content you posted, and specifically that it was by close friends or family members (not strangers). A lot of us growing up try to seek affirmation from people outside our close circle because we feel it validates us more.

To a certain extent, I think it’s healthy to seek exterior validation. However, when it reaches a point that you forget about those who supported you in the first place and gave you the encouragement you needed to reach greater heights, that’s when you start to lose your roots. Holding on to those who supported you from day one is important if you want a sustainable support system that will not give up on you when others get bored of you. I learned this the hard way. My family has always been my strongest support system and I know that when the world gives up on me and I feel down, I can still go back to them for inspiration on how to bounce back.

Living by myself for 7 years has taught me a lot about who I am when I am not around people. When you are alone, it’s much harder to distract yourself from the mental health problems that you may have been ignoring. I went through severe depression during my early years of university and it was always hard for me to speak about it to others let alone confront it myself.

I found it becomes easier when you become more self-aware and start seeking help from people you trust and care about you. Here’s what I learned: If you want sustainable success in your life, you must take care of your mental health regularly. Tackle the root of the problem and not just the symptoms and that way you can start healing, for real.

During my early university years, I wanted to establish myself as a public speaker, but since nobody knew who I was, I was obviously not getting invited to speak at any events. So, I did something very simple, I emailed my high school principal and told him that I wanted to give a speech to the students about my experience as a university student in Canada. He thought it was a great idea and I got to present my first unofficial keynote speech. Years later, I got invited to speak at a TEDx event (flying me out from Canada and paying for my hotel).

I know for a fact that if I had not taken the initiative and asked for what I wanted years ago, then the other public speaking opportunities would have never come to me.  That is just one example of the many opportunities that came my way during the past 7 years just because of a simple action; I asked. It’s that simple. Many of us feel like we could just work on ourself and become super skilled and that opportunities will come knocking on our doors, but that’s not how it works. In most cases, you have to seek out the opportunity, which means you have to make the first move. Otherwise, you could be waiting forever.

I’ve made a lot of mistakes in my life, but I can confidently say that learning from some of my mistakes have shaped who I am today but most importantly, who I aspire to be. It’s cliché to say but it’s true that we all make mistakes. However, some of us learn from them much better than others, so try to aim to be one of those people. Failure is only considered “failure” if you don’t positively react to it. How you deal with failure is all that matters. Once you form a habit of learning from your mistakes, you will become immune to failure, because failure will become a stepping-stone for growth.

Failure is a classical part of life. It’s like the villain in a superhero movie. A common trope that has to be there but that does not mean it will win. Actually, in most cases, the villain gets defeated. Without the villain (failure), the movie becomes much less interesting and quite frankly, boring. Embrace failure for what it is, a roadblock that you must overcome to become successful. You might become so obsessed with failure because of the aftermath value it gives you, that you will end up searching on google: “How to Fail in Life in 10 Steps”.

Born and raised in the UAE having Kuwaiti parents, Eisa Alhabib grew up with a passion for making videos. At the age of 18, he moved to Canada to pursue a higher education and is now completing a Bachelor's degree with a minor in Film Studies. During his studies abroad, Eisa travelled across the world documenting his trips that included volunteering in 6 different countries and meaningful adventure-seeking. In 2019 he spoke at a TEDx event in which he shared his unique experiences. Eisa has also taken part in numerous video contests in which he has received prizes for. Most notably, he won the Young Creatives Award by the International Emmy®️ Awards in 2017 for his short film Domestic Cycle.