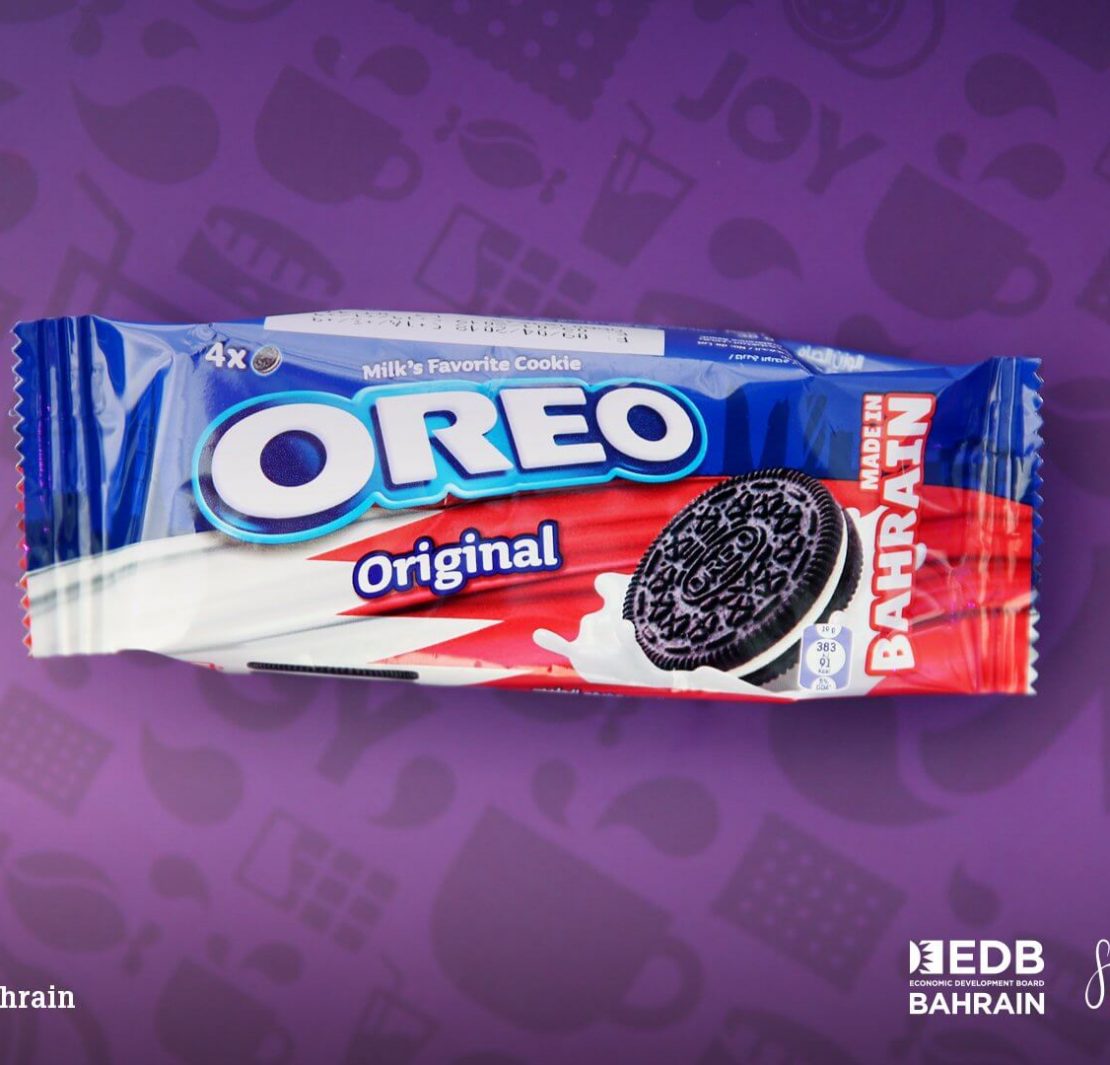 The new factory, also known as “Factory of the Future” is a $90-million facility state-of-the-art biscuit manufacturing plant that will be producing leading brands, including your favorite cookies. Yep, you guessed right, you will have freshly-baked, locally produced Oreos from now onwards! Not just that, but the factory will also be producing Barni soft cakes, Chips Ahoy! and the wide variety of different products. What does this mean to Bahrain? Well, the factory makes it a hub for exports to the Gulf region, the Levant, and Africa. This significantly reduces delivery costs, and at the same time improve product freshness.

The factory is located at the Bahrain International Investment Park, Hidd, right next to Mondelez International’s existing manufacturing site, which has been producing Kraft cheese and Tang powdered beverages since 2008. With a 250,000-sq-m space, the manufacturing plant has a production capacity of nearly 45,000 tonnes per year, which can be doubled over time.

In his opening speech, Daniel Myers, Executive Vice president, Integrated Supply Chain, Mondelēz International said: “This investment in Bahrain is a great example of how we are building a world-class supply chain, with Factories of the Future in strategic locations around the world designed to simplify operations, increase flexibility, improve productivity and meet the growing demands of our Power Brands.”

The launch of the new factory marks the company’s second expansion in Bahrain since 2008, after they’ve invested more than $75 million developing a Kraft Cheese and Tang powdered beverage plant. Myers adds that since 2008 Mondelez injected more than $250 million into the local economy, over 150 people directly and help sustain over 12,000 more indirect jobs in the local economy through its two plants, including 350 suppliers.

Maurizio Brusadelli, EVP and president, Asia Pacific, Middle East and Africa, expressed his gratitude towards the Government of Bahrain for their continued support. “The Middle East and Africa are priority markets for us, and we’re confident in our selection of Bahrain as the preferred location for our plant, due to its business-friendly environment, skilled local workforce and excellent transport links, all of which will be instrumental to the success of our growth plans,” he said.

According to Maurizio, The second plant investment further strengthens Bahrain’s position as a strategic business hub and at the same time contributes to its national economic growth.

Simon Galpin, Managing Director of EDB commended the new project saying: “Manufacturing is a growing component of Bahrain’s gross domestic product and having a world class facility like this is a great demonstration of Bahrain’s strength as a manufacturing hub not just for the domestic market but for the entire region.”