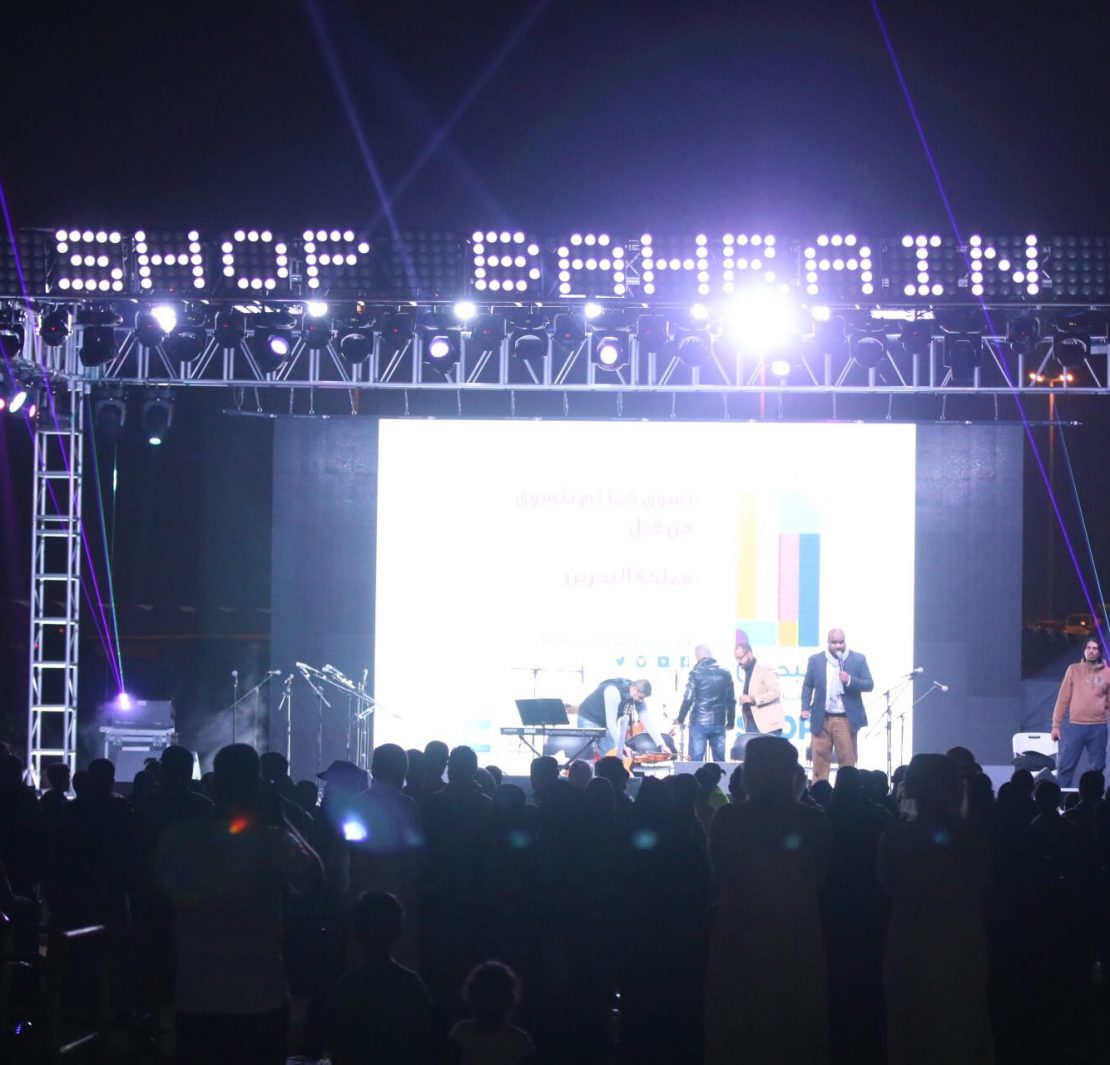 Manama, 27 January 2016: ‘Shop Bahrain’ Organising Committee announced today the success of the 30-day festival which ran until the 23rd of January further reiterating the main objectives of the nationwide festival which was to stimulate the Kingdom’s economy.

Organisers also stressed that the four-week event was able to boost the retail and tourism sector through a month-long calendar of events, promotional offerings and raffle draws which attracted visitors from neighboring countries.

“The festival did not only achieve its main objectives, but also surpassed the predicted success as it injected more than BD11 Million during the 30-day event,” said ‘Shop Bahrain’ Project Director, Nawaf Al Koheji adding that the average daily sales has increased by 30% during the second edition of the festival when compared to the inaugural edition, with sales reaching BD350,000 in comparison to last year’s daily sales transactions of BD 270,000.

“The festival attracted shoppers from Bahrain and neighboring Gulf countries and this was largely due to a roadshow organized during the build-up to the launch of Shop Bahrain,” he said. A team representing Shop Bahrain went on a three-country roadshow to the Kingdom of Saudi Arabia, Kuwait and Qatar to promote the festival and encourage intra-tourism between Gulf countries.

Further discussing the economic impacts of the festival, Mr Al Koheji added that “the festival had a positive impact on the local economy by creating more than 175 temporary job opportunities for Bahraini youth. Additionally, the markets held during the festival embraced 160 local businesses who got the opportunity to showcase their products to local and regional visitors.”

Shop Bahrain organisers also revealed that the various events and activities organized during the festival contributed in revitalizing and strengthening the retail sector by attracting shoppers to the participating shopping malls and retail outlets. Over 60,000 visitors attended the various event held, out of which 30,000 visitors attended the month-long ice-skating rink located at Al A’ali Shopping Complex along with 1,800 taking part in the ‘Taste Tour’ held in Adliya featuring 13 participating outlets.

‘Shop Bahrain’ was launched this year under the tagline “Join the Fun” reflecting the festival’s essence. The main aim of the festival’s organising committee was to captivate shoppers and visitors and encourage them to interact with the different events and activities held at the participating malls in order to get a distinctive shopping experience.

Held Under the Patronage of HRH the Crown Prince, Bahrain Awards for Entrepreneurship to Announce the Winners of Its 4th Edition

Shoppers were also given the opportunity to collect points in order to qualify for the weekly raffle draws. The festival rewarded more than 20,000 shoppers through an instant prizes as well as cars, gold coins, air tickets, and electronic devices. The culmination was during the grand raffle draw won by one lucky winner. The grand prize included two cars, two luxury watches, and a trip for two.

Shop Bahrain is a national initiative that aims to strengthen the ties between the public and private sector. The project is also supported by various strategic partners including VIVA Bahrain, American Express Middle East, Gulf Air, and Tamkeen who promoted the festival on their social media channels.

“We would like to extend our sincere appreciation to all the strategic partners, participating shopping malls and outlets as well as government entities for contributing to the success of the event. The festival is a national event and their partnership with Shop Bahrain further positions them as a socially responsible entity.” added Mr Al Koheji.