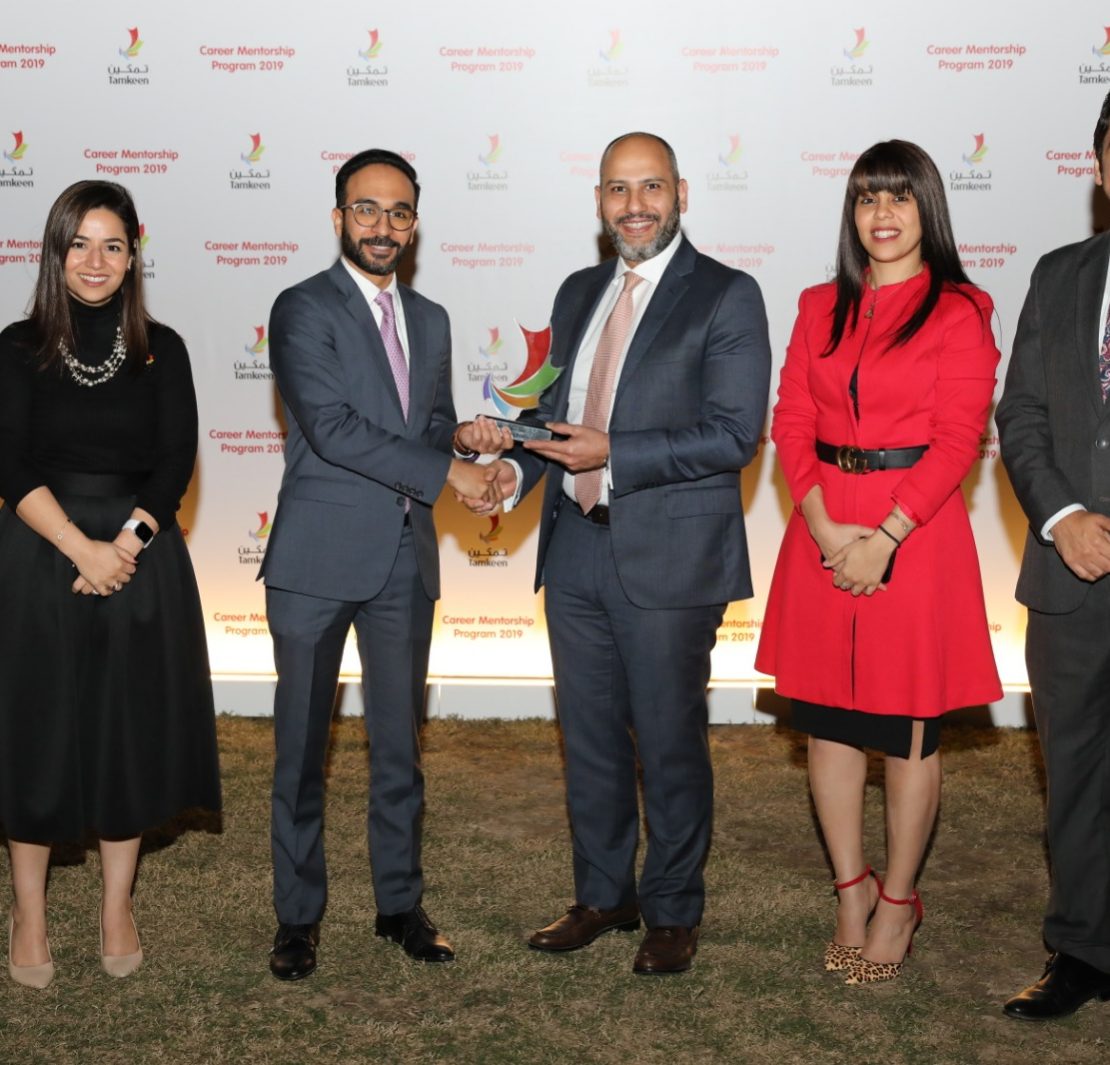 The program was organized as part of Tamkeen’s ongoing efforts and commitments to focus on growth opportunities. The career mentorship program seeks to enhance the impact of Tamkeen’s Individual Support programs that emphasize career growth and the transferring of job experiences to fresh graduates and job seekers, with the guidance of professional experts and representatives of the labor market.

In a ceremony held on this occasion, the Chief Executive of Tamkeen, Dr. Ebrahim Mohammed Janahi, stressed on the importance of such programs: “The Career Mentorship Program is considered to be a transformative program for individuals seeking to enhance their careers, as studies have shown the importance of such programs since it’s directly linked with increasing employability and improving productivity.”

Esam Hammad, Executive Director, Partnerships and Customer Engagement at Tamkeen, also commented on the program stating: “We are happy to announce that with this pilot program, we have achieved over 100 mentorship hours with a satisfaction rate of more than 80%.”

The program concluded with a ceremony honoring the participants, in the presence of representatives from the participating organizations including Batelco, CFA Society Bahrain, Fakhro Group, Gulf Air, IKEA, Royal Bahrain Hospital, Tatweer Petroleum, Zain Bahrain, in addition to several other companies.

The pilot program was launched in March 2019 in conjunction with nine organizations from eight sectors including ICT, Logistics and Transportation, Oil and Gas, Retails and General Trade, Food and Beverage, Government, Healthcare, Finance, and Business.