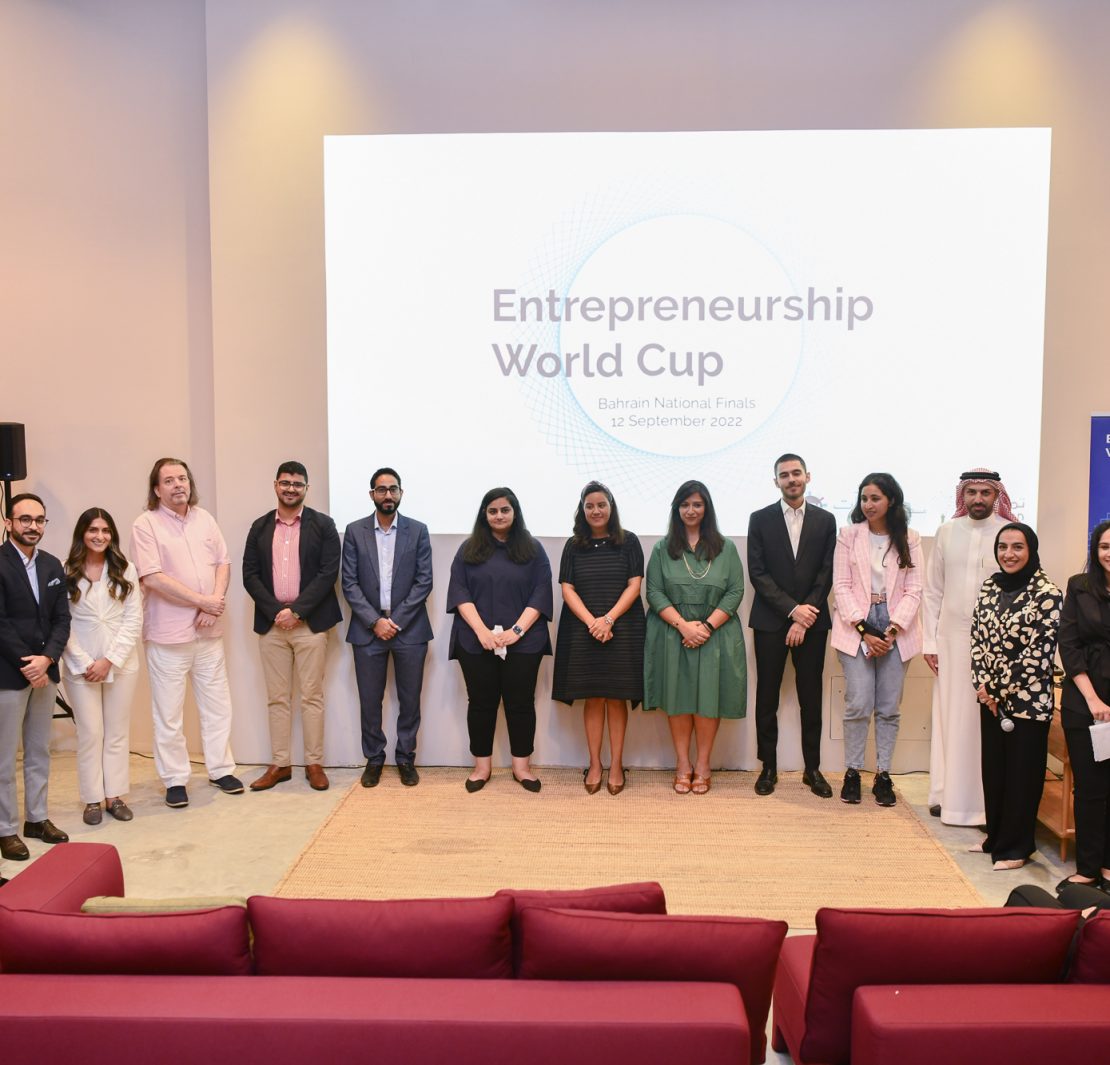 The Entrepreneurship World Cup (EWC) National Finals competition for Bahrain was held at an event hosted by Tamkeen in partnership with the Global Entrepreneurship Network (GEN) through its local chapter. The event, which took place in Diwan Adliya, included pitch presentations from five finalists across different sectors, including FinTech, technology, nutrition and human capital development.

The Entrepreneurship World Cup, which is one of the largest and most diverse startup pitch competitions and support programs of its kind, is a global annual competition and was first launched in Bahrain in 2019 during the Global Entrepreneurship Congress.

The panel of four judges were from leading organizations that support SME’s, including Tamkeen, Startup Grind, Tenmou, and Infinitware. Participants were evaluated based on several criteria including the scalability of the enterprise and future growth prospects. This year’s Bahraini winner “Playbook” will receive in-kind services from partners such as The Collective Hub in the form of one-year full access to the space and exclusive mentoring sessions from Trillion Tree Fund, last year’s EWC winner.

In addition, Playbook will have the opportunity to represent Bahrain during the Global EWC Event that will take place in Riyadh. In October, all global finalists will be invited to participate in an intensive, virtual startup bootcamp, and the top EWC100 will advance to pitch live at the EWC Global Finals held in Riyadh, Saudi Arabia in May 2023.

The Entrepreneurship World Cup features more than 370,000 entrepreneurs from over 200 countries and offers winners life-changing prizes. Since launching in 2019, the EWC has awarded $3 million in cash prizes, $150 million in in-kind prizes and provided opportunities for entrepreneurs at all levels – from idea stage to scale-up – to reach the next stage in their journey by providing them with free access to world class training and resources, enhancing their visibility, and working to connect them to mentors and investors.