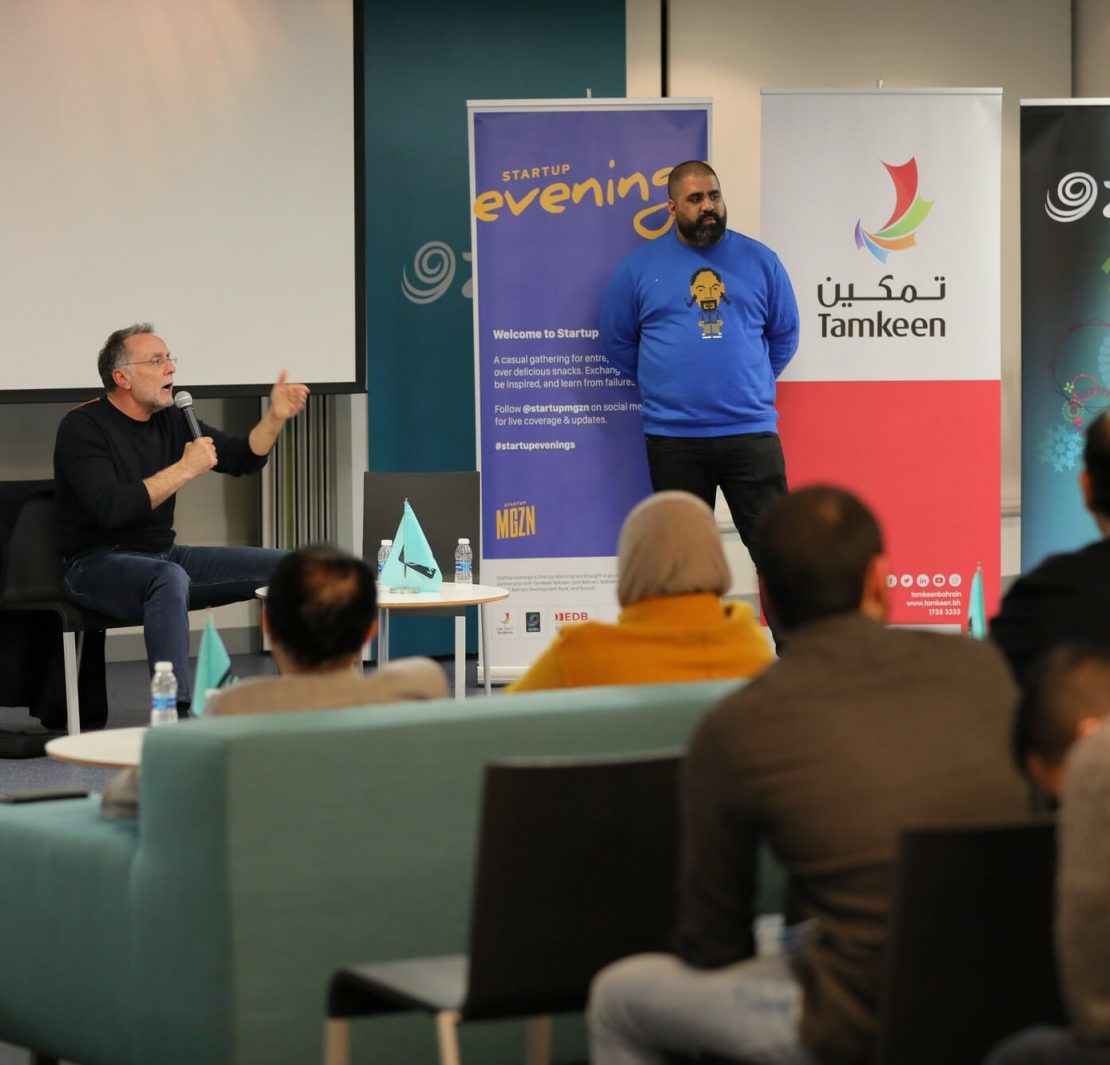 Startup MGZN, Bahrain’s award-winning digital publication and community for startups, held its 21st #StartupEvenings gathering with Fadi Ghandour, Executive Chairman of Wamda as its guest speaker. The event took place on Wednesday, the 30th of January, at Zain Bahrain headquarters, in Seef.

Fadi Ghandour is a prominent entrepreneur from the Middle East, known for founding Aramex, one of the biggest players in the global logistics and transportation companies. Fun fact, Aramex was the first company from the Arab world to go public on the NASDAQ stock exchange.

Fadi is also the Founding Partner of Maktoob.com (later sold to Yahoo!) and Executive Chairman of Wamda Group, an organization operating a Venture Capital fund (Wamda Capital) that invests in technology-enabled companies in the Middle East and North Africa region, Turkey and East Africa, as well as a diversity of ecosystem development activities including a media arm, a recently-launched fellowship program (Wamda X), and community programs.

During the event, which was moderated by Alharith Alatawi, co-founder of ONEGCC, and Skiplino, Ghandour shared his journey at Wamda with the audience, from investing in transformational businesses to creating meaningful partnerships with entrepreneurs and various stakeholders. He also shed some light on the region’s ecosystem, and emphasized the need for VCs to fund and support startups in the Middle East.

In addition, Fadi Ghandour spoke about Bahrain’s recent initiatives to further promote a culture of entrepreneurship within the Kingdom. “Bahrain has created a friendly business environment for startups and talent alike; with increasing access to capital and presence of support organizations, the recent launch of the ME AWS Region based out of Bahrain, as well as the recent legislative reforms, the kingdom is becoming a notable hub for entrepreneurship. I am impressed by the caliber of founders I met and look forward to more engagement by Wamda in Bahrain,” he said.

Alharith commented on the event stating: “We’ve had a very fruitful session with Fadi Ghandour who was very candid and open about his experience being an entrepreneur. We’ve asked him a lot of questions on what needs to be done to improve the startup Ecosystem in Bahrain and the region, and the information he shared gave us a lot of insight.”

Abdulla Bin Khalid, Zain Bahrain Director of Corporate Communications & Investor Relations said: “At Zain Bahrain, we always support working closely with Startups by enabling them with the right tools and services to drive into to the digital future. The session with Fadi Ghandour provided a great platform to share new ideas, services, and products that will support digital and economic growth in the region for startups. Zain Bahrain decision to host 21st #StartupEvenings gathering reaffirms our strong commitment towards supporting startups who are the key drivers of growth and development in the Kingdom.”

Startup Evenings is a casual get together for startups and entrepreneurs to exchange ideas, and inspire each other by recounting failures and success.