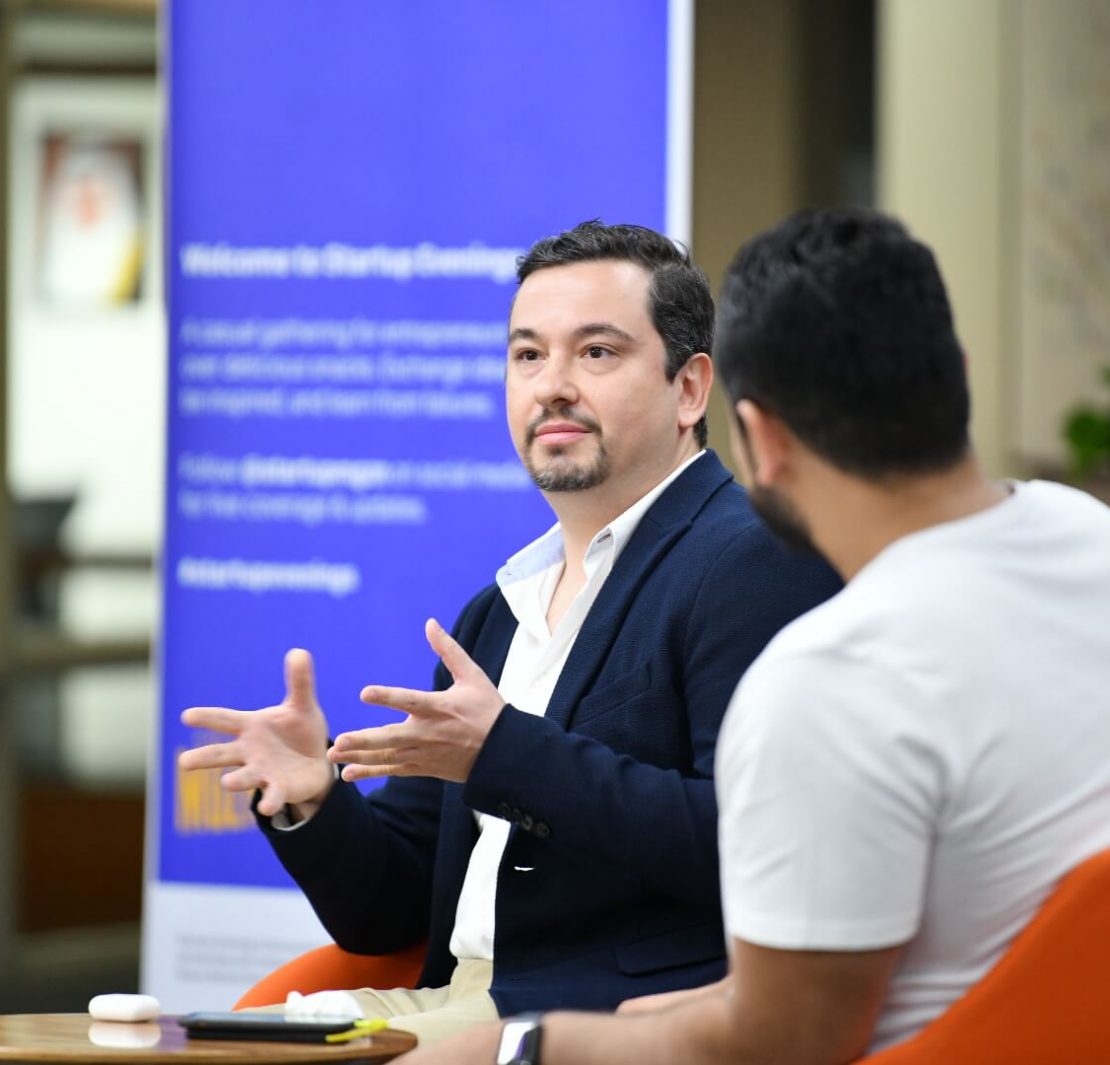 The event took place on Wednesday, the 26th of September, at the Brinc Batelco IoT Hub, an accelerator and co-working space within the StartUp Bahrain ecosystem. Brinc Batelco helps IoT startups in launching and accelerating their business ideas.

Startup Evenings is a casual get together for startups and entrepreneurs to exchange ideas, and inspire each other by recounting failures and success.

Khaled Nuseibeh is a General Manager at Careem and leads the operations and customer experience in the GCC region. He was previously the Business Director at Du and previously a Head of Products and Services at Zain Group in Kuwait.

During the event, which was moderated by Hussain Haji, co-founder of Inagrab, Nuseibeh shared his journey at Careem with the audience as the region’s leading transportation service since 2012. Careem is considered to be the only startup in the region valued at $1 billion, where it operates in more than 120 cities, across 14 countries in the MENA region, including Dubai, Riyadh, Beirut, Karachi, Alexandria, Casablanca and more.

He spoke about Careem’s CSR projects and their initiatives to contribute back to the community. One of them is their partnership with the UN to help out refugees, whereby they’re planning on employing over 200 refugees to be a part of Careem’s team. Careem is also heavily involved in women empowerment since they created a Women’s Committee within Careem that aims to support and train women in the MENA region.

Vive announces its third batch of companies selected for its leading Vice X Global VR/AR Accelerator Program, find out who they are

Furthermore, Nuseibeh mentioned that Careem is working towards adopting a sustainable environmentally-friendly option of transportation, thus their recent decision to add “Careem Electric” cars within the United Arab Emirates, where a customer has the choice of booking an electric car. “We’ll soon introduce electric cars to other markets where Careem operates in addition to the existing car options we have currently,” Khaled tells the audience.

Yasser Abdulaziz, co-founder, and COO of Malaeb, a StartUp Bahrain technology startup, shares his views on the event, saying it gave him an opportunity to learn more about Careem’s success and challenges and how it’s important for any entrepreneur to maintain their startup no matter its size. “It’s really good to see people from well-established companies to come speak about their journeys, successes, and failures,” he said.

Hussain Haji, co-founder & CEO of Inagrab applauded the event saying: “The ecosystem needs more events by startups for startups, and Startup MGZN did that with this session. Great guest, and a great evening.”