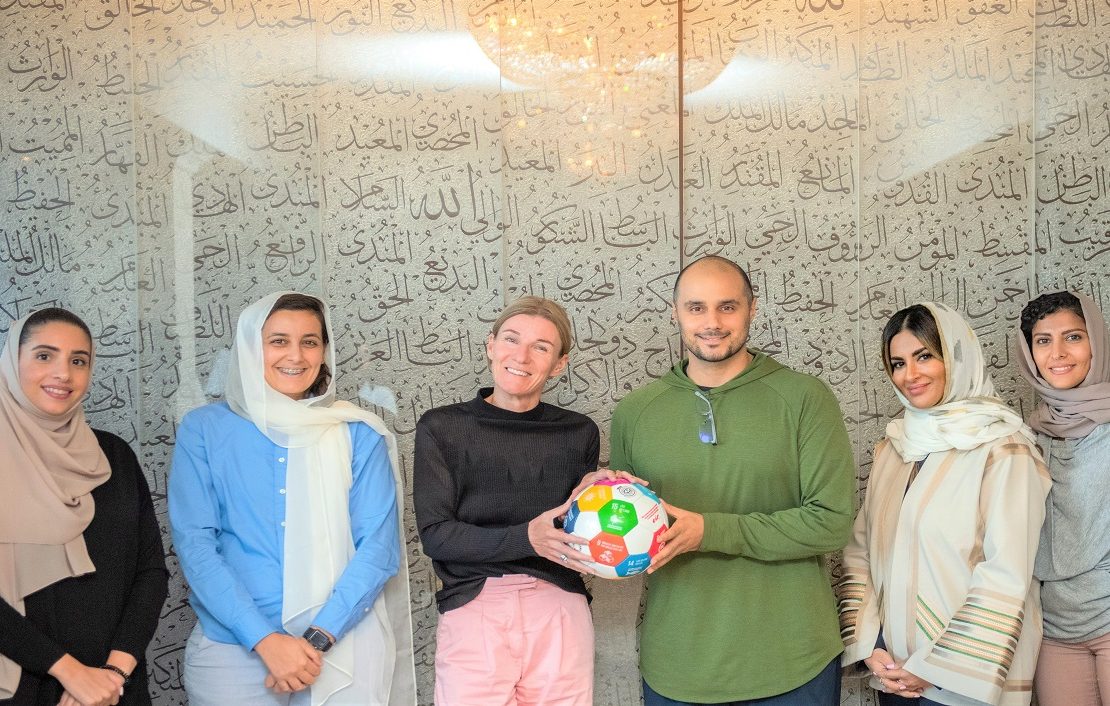 GOMYCODE continues its geographic expansion by opening in Manama

(Riyadh, Saudi Arabia) December 27, 2020 – The Sports for All Federation (SFA) announced its first ever Global Goals World Cup (GGWCUP) Saudi Arabia, encouraging women across the country to participate in sports, boosting overall health of the community.

The SFA is inviting women across the Kingdom to take part in GGWCUP Saudi Arabia by forming teams and hosting events, activations and programs based around the United Nations’ Sustainable Development Goals (SDGs), thereby using sport to engender social good and create lasting positivity in their local communities.

The initiative will take place over a series of months in 2021, culminating in a 5v5 (five-a-side) community football tournament that will give participants a final opportunity to advocate for their chosen SDG. The winning team of the tournament – based on how well they take action for their goal on and off the field – will go on to compete at the final Global Goals World Cup in New York City with the team travel and gear fully sponsored by the SFA.

Launched in 2015, GGWCUP is described as the ‘social good world cup’, featuring all-women community level teams from around the world – united by a drive to create meaningful social impact and a love of physical activity. The initiative uses the power of sport to take action on the UN’s 17 SDGs; motivated by a love of the game and the desire to improve local communities.

“The initiative is aligned with SFA’s own focus on wellness, community participation, and the SFA’s desire to play a leading role in fostering positive impact and lasting change. GGWCUP Saudi Arabia will be delivered as part of the Quality of Life program, a vertical of Vision 2030, and as part of the Federation’s ongoing commitment to increase participation in physical activity,” said SFA Managing Director Ms. Shaima Saleh Al-Husseini.

“The close guidance of the Ministry of Sports together with the support of the Saudi Arabian Olympic Committee has allowed this program to lift off with extreme excitement matched by preparedness,” Ms. Al-Husseini added. “GGWCUP Saudi is ready to bring the UN Sustainable Development Goals to life!”

“We are proud to bring the GGWCUP to Saudi Arabia for the first time in strong partnership with the Sports for All Federation. They are truly advocates in their way of recognizing the value of sports for the Global Goals,” said GGWCUP Founder Ms. Majken Gilmartin, adding that the Saudi Greens’ impressive participation and dedication to the Sustainable Development Goals distinguished the female athletes as sports leaders.

Indeed, the overall aims of the SDGs run parallel to Vision 2030 and the SFA. Adopted by all of the United Nations Member States in 2015, the goals are a universal call to action to end poverty, protect the planet, and ensure that all people enjoy peace and prosperity by 2030.

The clearest alignment between the SDGs and SFA are goals number three: ‘Ensure healthy lives and promote well-being for all at all ages’, and goal number five: ‘Achieve gender equality and empower all women and girls’. By activating public spaces, launching community programs, and encouraging the participation of everybody in society, regardless of age, gender, ability or location, the SFA is helping to achieve these particular goals.

Other SDGs that stand out as aligned with SFA are goal number eight: ‘Decent work and economic growth’, goal number 10: Reduced inequalities’, goal number 11: ‘Sustainable cities and communities’, and goal number 17: ‘Partnerships for the Goals’.

A further link between the SDGs, GGWCUP and SFA is the Saudi Greens – the Kingdom’s first team to compete in the global challenge that was formed under the auspices of the Federation – clearly advocating for SDG number five.

The Greens secured second place in GGWCUP 2019 in New York, having had a successful showing at the semi-final GGWCUP event in Denmark earlier that year. Made up of members from different community sports groups from across the Kingdom, the Saudi Greens came together to play for UN SDG No. 15: ‘Life on Land’.  They focused on reusable plastics and the devastating effect these plastics have on the environment.

The Greens continued their association with the Global Goals World Cup earlier this year when team players held online workout session as part of the GGWCUP Club House virtual fitness program. Participating alongside athletes from all over the world, three of the Greens team members staged a total of 10 online training sessions each themed with a different SDG. The team’s link with GGWCUP will take on a more local angle next year, as official ambassadors of the inaugural GGWCUP Saudi Arabia.

The applications process for the program is already open for women aged 18 years or older who interested in take part in the event. Registration closes on February 1, 2021.

To apply, simply form your team of eight including one coach, choose a team name and SDG, and register on this link. Once you have applied, start to brainstorm with your team on how use your SDG to do good in the community, and start planning your community work.

When your team has been accepted, submit your team photos, player names, and a description of your SDG initiatives on the website. There is no requirement on the number of initiatives that you must execute. Teams are encouraged to beginning planning and executing innovative community social good events, and share the results and progress on Instagram and Twitter tagging @Saudi_SFA @Greens Saudi @GGWCup and using these hashtags #GGWCUP and #GGWCUPKSA.

Finally, teams will participate in the GGWCUP community tournament, competing in games lasting eight minutes each. The winning team will be decided by a combination of factors, including the number of goals scored during the games, how they engage the crowd during the games, how well their uniforms reflect the team’s theme, and the positive impact their efforts had on their communities prior to the tournament.