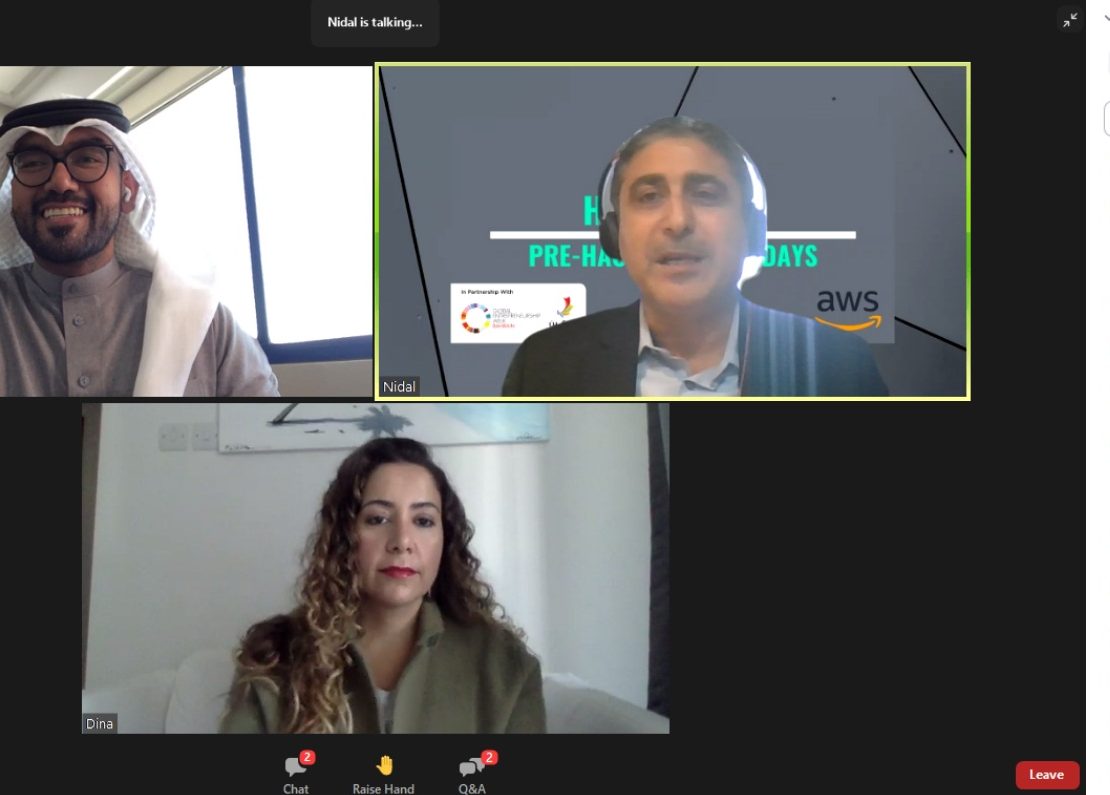 2020 was a record-breaking year for KSA’s startup ecosystem: VC investments at an all-time high, according to MAGNiTT

Tamkeen successfully completed the regional MENA Hackathon, which was held in collaboration with Amazon Web Services (AWS) and organized by Etijah Coaching and Consulting Services. Held virtually from the 14th to 16th of January 2021, over 150 applications were received from more than 10 countries across the MENA Region, and a total of 58 teams were shortlisted.

The teams consisted of 448 students from two age groups: high school students ages 14-18, and university students and fresh graduates ages 18-30. The teams were tasked with innovating cloud-based solutions for challenges in the health care, tourism, and smart cities sectors.

During the 48 hour event, shortlisted teams were supported by mentors who guided them in delivering their prototypes for the judging rounds, and all participating teams presented their ideas to a panel of judges on the last day. 15 teams with the best tech-solutions were selected and awarded as first, second, third and fourth place winners from the healthcare, tourism and smart-cities sectors of each age group during the closing ceremony.

The first-place winning teams are as follows:

The second-place winning teams are as follows:

The third place winning teams are as follows:

The fourth place winning teams are as follows:

Winners received a personalized mentorship session from AWS, Amazon devices, and AWS promotional credits for prototype development support and guidance through the AWS Cloud Innovation Center in Bahrain. Furthermore, all winning teams were granted award plaques. Select winners have also been given a spot in the Flat6Labs-Bahrain Cycle 7 Bootcamp; while gaining the exposure to potential business incubation opportunities. All participants of the MENA Hackathon that submitted a pitch will be receiving participation certificates.

Upon the successful completion of the MENA Hackathon, Mr. Esam Hammad, Partnership and Customer Engagement Director at Tamkeen, said “The MENA Hackathon held in collaboration with AWS is part of Tamkeen’s ongoing efforts to further support innovation and empower our Bahraini youth. The hackathon addressed challenges that the Middle East is undergoing in the health care, tourism, and smart cities sectors, which the participants have done a tremendous job in providing unique and creative solutions to improve these sectors. We value and appreciate the participation of every individual and their teams, and we hope that this hackathon kickstarts their entrepreneurial journey.”

Mr. Nidal Al Basha, Digital Innovation Lead of the MENA Region at Amazon Web Services said, “It was inspiring to see all these young minds from across the region coming together, passionately brainstorming and exceeding expectations by delivering workable ideas that could potentially solve real world problems. We look forward to seeing the participants build on the skills they learned and continue to innovate in the cloud.”