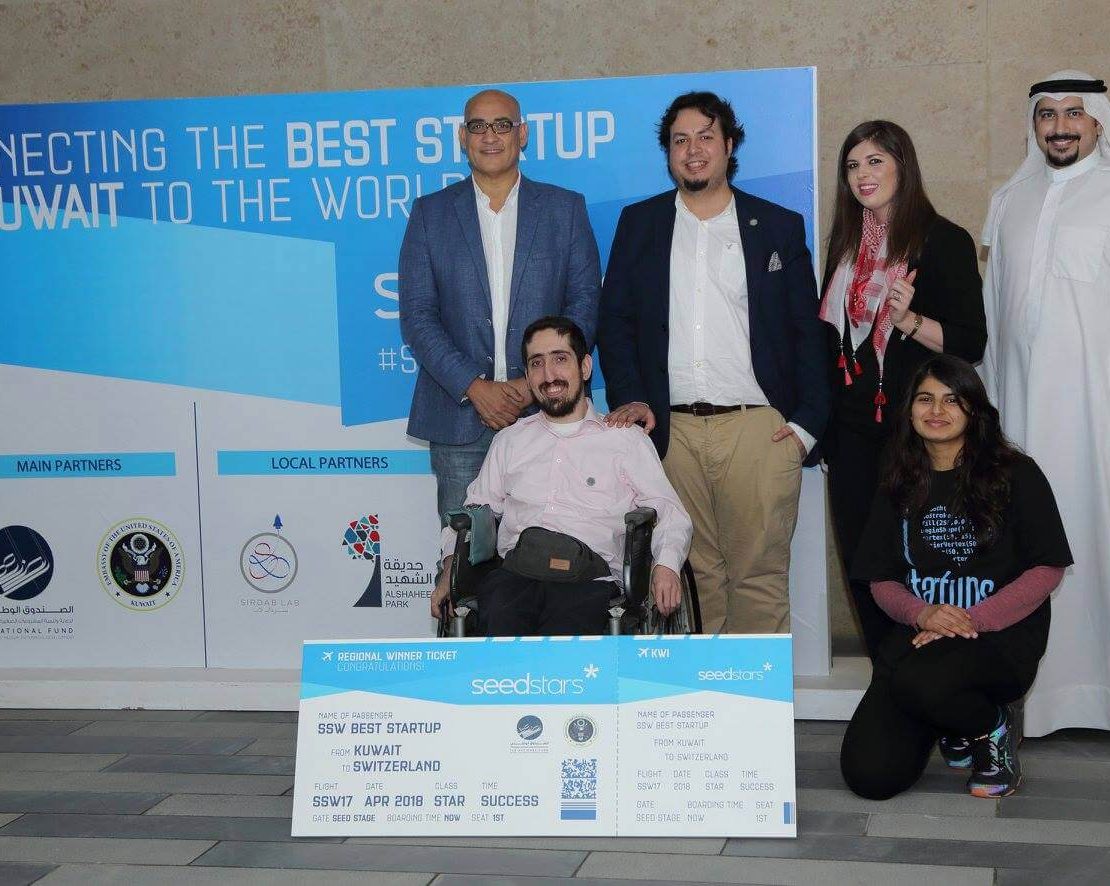 Seedstars World, the global seed-stage startup competition for emerging markets and fast-growing startup scenes brought its Kuwait round to a successful close during Seedstars Kuwait. The event took place on November 1, 2017 at AlShaheed Park Phase II and 9 selected startups were invited to present their ideas in front of the local jury panel.

The local Ambassadors of Seedstars World, Sirdab Lab, helped to organize the event while the event was made possible through the support and sponsorship from the U.S. Embassy in Kuwait and the National Fund for SME Development.

The local winner, General Senses – Kuwaiti leader in sensory and experiential technologies, with emphasis on pioneering VR, AR, & natural human interfaces, was selected the best startup in Kuwait for its adjective solution. As a part of the prize, General Senses will be participating at Seedstars Summit, taking place in Switzerland in April 2018, a weeklong training program with the opportunity to meet the other 65 winners, as well as investors and mentors from around the world. Traditionally, the final day of the Summit will be dedicated to pitching in front of an audience of 1000 attendees, with the possibility of winning up to USD 1 million in equity investment and prizes.

Pantrybee with its culinary site that makes it easier for you to cook at home offering everything from meal kits, utensils, kitchenware and more, came second and Zahhab – a student community that provides all necessary academic assistance to university students and professors, grabbed the last spot in the top 3.

The 9 startups pitched in front of a prestigious jury, including Dr. Redha Behbehani (Kuwait University), Abdulaziz Hayat (Faith Capital), Mohamed Altawash (CH9), and Anurag Agarwal (ArzanVC).  While Aldo de Luca, the Swiss Ambassador in Kuwait and Charles Cole of the U.S. Embassy in Kuwait, both inspired the audience with their keynote speeches and an engaging panel on the subject of How to Approach Investors, was moderated by Haider Al-Mosawi of Sirdab Lab with guest speakers Athbi Alenezi from JustClean and Abdulaziz Al Loughani from Faith Capital.

The event attracted interest from over 125 attendees.