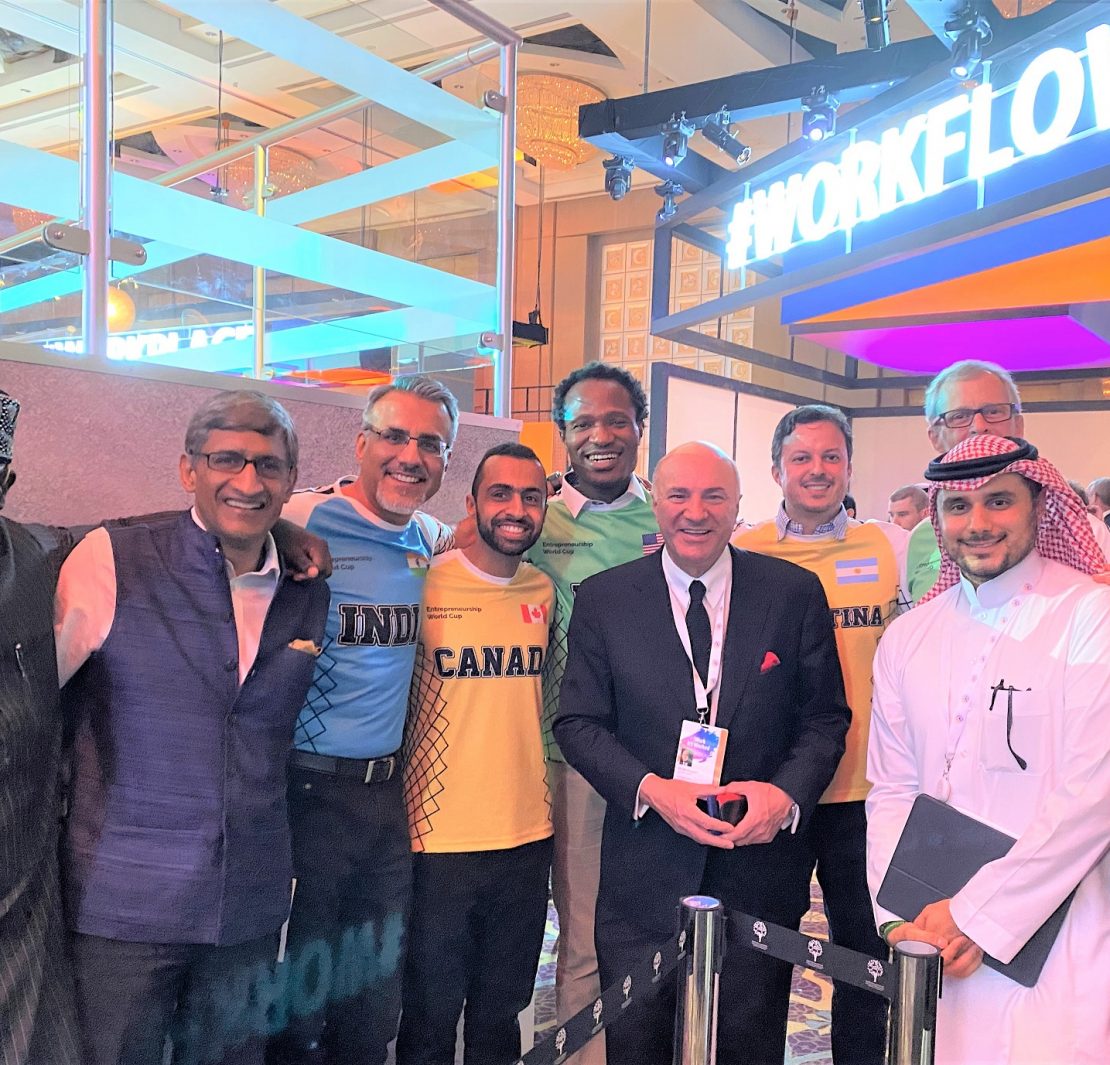 The Misk Global Forum hosted the inaugural Entrepreneurship World Cup (EWC) in Riyadh, the Kingdom of Saudi Arabia on November 13-14. Staged at the Four Seasons Hotel Riyadh At Kingdom Center, the event welcomed 100 startups from all over the world, selected from an original 102,000 entries across 185 countries.

The 2019 edition of the Misk Global Forum focused on discovering the new trends and transformation in the world of work under the theme of “Work, Re-Worked.”

The EWC, to date the largest and most diverse global startup pitch competition, selected the 100 finalists from local national finals held in 100 countries. The EWC’s five finalists were then selected by a four person panel and advised to prepare for the final deliberations.

Ahead of the startup final round, a live stage fireside interview between Mr. O’Leary and Prince Khaled took place, covering a wide range of business and personal subject matter. Prince Khaled outlined a number of characteristics that helped make venture capital pitches more relevant to him, while Mr. O’Leary highlighted his diversified portfolio across KBW Investments and KBW Ventures, and why the two portfolios differ in terms of strategy and theaters of operation.

Prince Khaled also outlined that certain business models have aspects that allowed for early stage investing with a long-term commitment. Aside from his professional work, the Saudi Sports for All Federation was discussed, and the mandates in line with Vision 2030 to promote health, wellness and inclusiveness in the Kingdom.

Canadian medtech startup NERv Technology, a business model using technology to enhance the level of post-operative care, was awarded the US$500,000 and lauded as “Best New Business Idea in the World.” Second and third place winners were US-based Koniko and Saudi-based Red Sea Farms, respectively, and both took home substantial cash prizes. All of the 100 startups competing were awarded with entrepreneurship licenses by Invest Saudi, building on SAGIA’s  introduction of the Entrepreneurship License program – enabling foreign startups to establish operations in Saudi Arabia with 100% ownership of their businesses.

According to a post event recap by Misk Global Forum, the 2019 edition delivered enriching content to more than 5,000 participants hailing from more than 120 countries. “Thanks to our outstanding speakers, we reached unprecedented levels of youth engagement, enabling our participants to meet the challenge of change,” said the statement. “This year’s forum was distinctive as we also hosted the inaugural edition of the Entrepreneurship World Cup, welcoming 100 national finalists selected among 102,000 competing startups.”