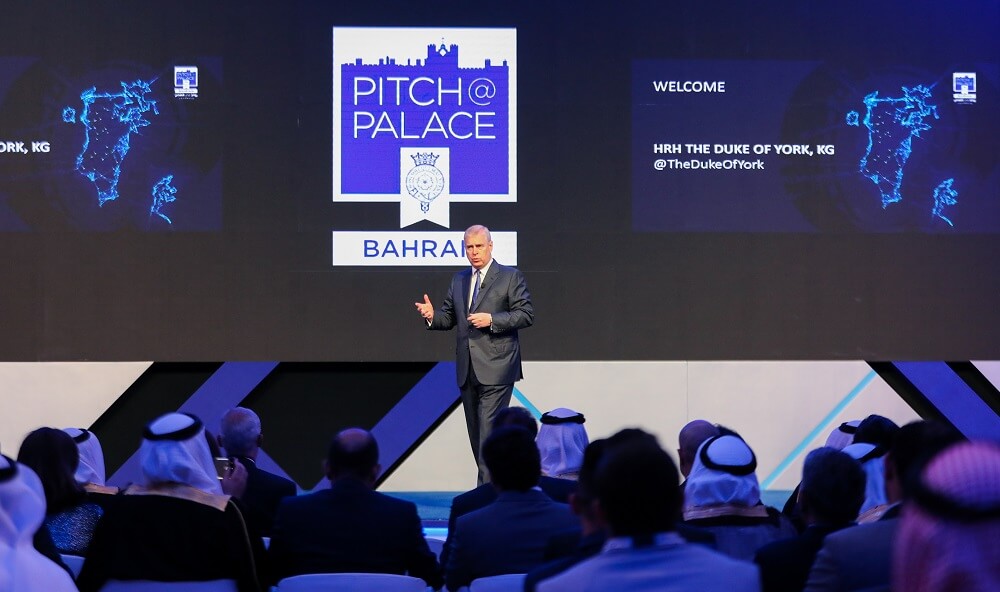 His Excellency Shaikh Mohammed bin Isa Al Khalifa, Chairman of Tamkeen greeted Prince Andrew Duke of York upon his arrival at the venue.

“Every single person here tonight can make a significant difference to these businesses helping them with their Asks,” he added.

HE Shaikh Mohammed bin Isa Al Khalifa, Chairman of Tamkeen, delivered the event’s opening speech, in which he commended the competition as an exemplary initiative which works on the global level to promote the entrepreneurial culture and spirit and support tomorrow’s entrepreneurs across the various growth stages of their budding ventures.

“This initiative, which was launched by Prince Andrew Duke of York, is a valuable tool for entrepreneurs in all sectors for the promotion of entrepreneurial skills and knowledge, and a catalyst for innovation and creativity that truly offers a unique and rewarding experience,” HE Shaikh Mohammed said.

After the speeches, each of the 12 Bahraini entrepreneurs who qualified for the finale gave 3-minute presentations in which they highlighted their business projects in front of invited guests, technology and media professionals, investors and an expert judging panel.

The Audience Choice Award, which is voted on by the public following announcement at the Pitch@Palance on March 19, was won by LARA, a project by Sostageya Company.

The winners will go on to the 2nd edition of the competition’s Gulf regional qualifying round.

Bahrain will host the Gulf regional qualifying round in October, and will see the winners from Bahrain compete against their peers from other Gulf countries for a chance to move on to international and final round of competition at the St. James Palace in London, UK.

The local Bahrain version was organised for the second year in a row through a strategic collaboration between Tamkeen and Prince Andrew who launched the Pitch@Palace initiative in 2014 to provide a platform for entrepreneurs across the world and connect expertise and knowledge resources, as well as facilitate engagement with the local, regional and international entrepreneurial market and subject matter specialists.