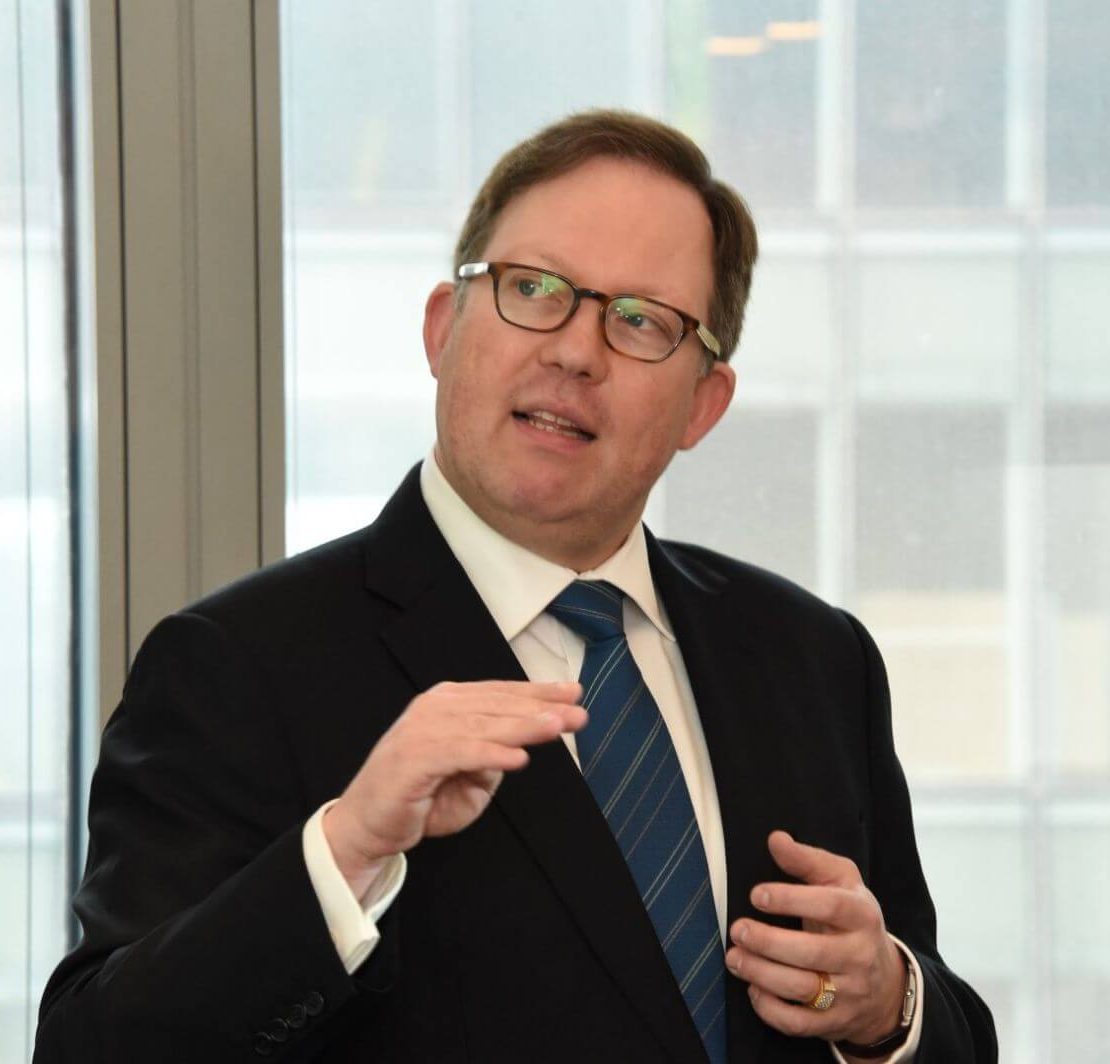 Event app provider raises $2 million in an investment round led by Algebra Ventures and 500 Startups, find out who!

Growth in the non-oil sector of Bahrain’s economy reached an annual pace of 4.7% in the first half of 2017, ahead of the 4.0% non-oil growth recorded during 2016 as a whole, according to the latest Bahrain Economic Quarterly published by the Bahrain Economic Development Board (EDB).

The robust Strong non-oil growth figures were almost entirely due to activity in the private sector, underscoring the strength of structural and countercyclical growth drivers in the Bahraini economy. This positive momentum at a time of fiscal consolidation and minimal oil output growth underscores the dynamism of the Kingdom’s economy.

Non-oil growth in the first half of 2017 was broad-based with particularly strong momentum observed in sectors such as Hotels & Restaurants, Social & Personal Services, and Financial Services, which all expanded more than 7% year-on-year in the period. Additionally, the Transportation & Communications and Real Estate & Business Activities sectors all posted solid figures.

Overall real economic growth in the Kingdom reached an annual pace of 3.4% for the first half of the year, which marked a small further improvement over the 3.2% pace of growth posted during 2016 as a whole.

The growth momentum of the Bahraini economy, apart from building on favorable demographics and connectivity, is benefiting further from a strong investment pipeline as well as important regulatory and institutional reforms. Major infrastructure projects serve as a particularly important source of economic continuity while also driving forward economic diversification and stimulating demand for goods and services across the non-oil economy. 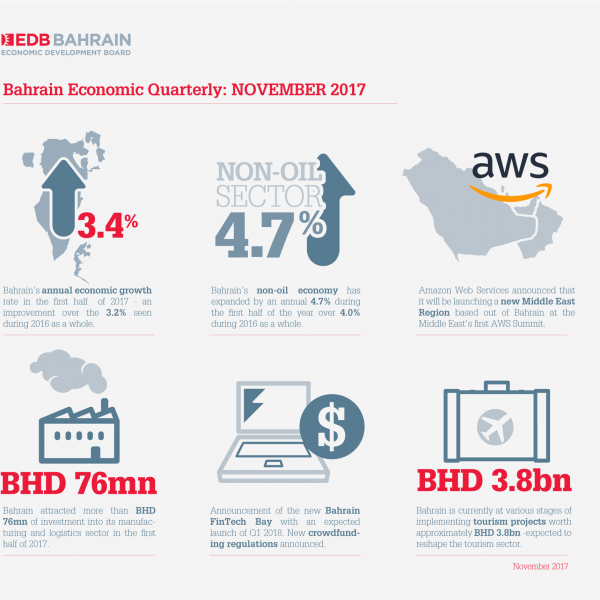 Speaking on the publication of the report, Dr. Jarmo Kotilaine, Chief Economic Advisor of the Bahrain EDB, commented: “The fact that growth figures have once again surprised on the upsides attests to the exceptional strength of the countercyclical growth drivers in the Bahraini economy, notably the unprecedented project pipeline, led by major ventures such as the airport modernization.

“However, growth is also increasingly benefiting from important structural reforms. During the first half of this year, initiatives such as pioneering crowdfunding regulations, a regulatory sandbox for fintech companies and a Cloud First policy (designed to help organizations take advantage of cloud technology), have dramatically improved Bahrain’s business environment. Bahrain is successfully positioning itself at the forefront of innovation at a time when the growth prospects for the Gulf economies are becoming increasingly tied to productivity.

“As a result of this and the opportunities being created by economic transformation across the region, we are seeing bigger and brighter names attracted to Bahrain. For example, Amazon Web Services, whose summit was one of the highlights of the recent Bahrain Technology Week, will be opening its first Middle East Region here by 2019.”

Bahrain’s tourism industry is also growing steadily. According to the Bahrain Tourism & Exhibitions Authority, the aggregate total number of tourists visiting Bahrain during the first three quarters of 2017 was 8.7mn – up 12.8% on 1-3Q16. With development projects worth approximately US $10 billion under construction across the Kingdom, including the US $159 million The Avenues shopping mall that was opened recently, and hotel resorts The One & Only in Seef and The Wyndham Grand in Bahrain Bay, this trajectory is set to continue in the near future.

Bahrain has a pipeline of infrastructure projects worth over US $32 billion either under construction or scheduled for the near future.