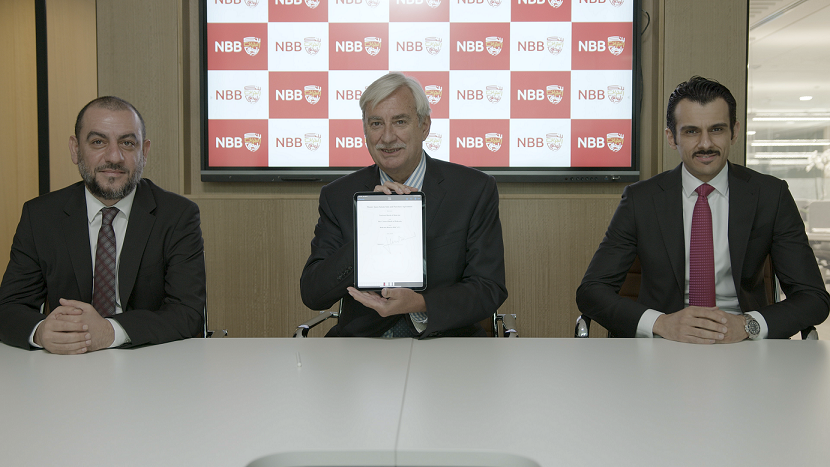 The National Bank of Bahrain (NBB) announced its subscription to Bahrain Bourse’s (BHB) newly introduced Murabaha service, which will be used by the Bank when transacting in Islamic Commodity Murabaha financing. The announcement was made during a virtual signing ceremony held on Tuesday, June 9 between Jean-Christophe Durand, Chief Executive Officer of NBB and Shaikh Khalifa bin Ebrahim Al Khalifa, Chief Executive Officer of BHB.

NBB is one of the first banks in the Kingdom to execute a transaction using the new fully Shari’ah compliant service, which is the result of a collaboration between BHB and the Central Bank of Bahrain (CBB). The service employs Government of Bahrain Islamic Ijara Sukuk, whereby the lender in the financing transaction buys the Sukuk from the CBB and after the transfer of the ownership, sells them to the borrower, with a deferred sell as the underlying commodity. By offering this service, NBB will be able to provide its financial institution customers with Shar’iah compliant products while supporting the Kingdom’s leading position in Islamic Banking

Commenting on the agreement, Shaikh Khalifa bin Ebrahim Al Khalifa, Chief Executive Officer of BHB said, “The Ijara Sukuk Sale & Purchase Agreement will result in diversification of the commodities available to retail clients of the Bank when conducting a commodity-based Murabaha transaction. The facility has been introduced with the aim of contributing towards elevating the Kingdom’s leading position as a hub for Islamic Finance, and serves as part of our collective efforts to develop the Capital Market in Bahrain in line with our strategic goal of Cultivating Capital Raising & Investment Opportunities.”

Also commenting was Jean-Christophe Durand, Chief Executive Officer of NBB who said, “We are extremely proud to be one of the first financial institutions in the Kingdom to transact using this service, which we are confident will provide us with many exciting opportunities, as it comes in line with our commitment to continually enhance our product and service offerings.”

This agreement comes as part of NBB’s continuous efforts to further develop its activities and offerings, while supporting governmental initiatives that develop the Kingdom’s financial and capital markets.