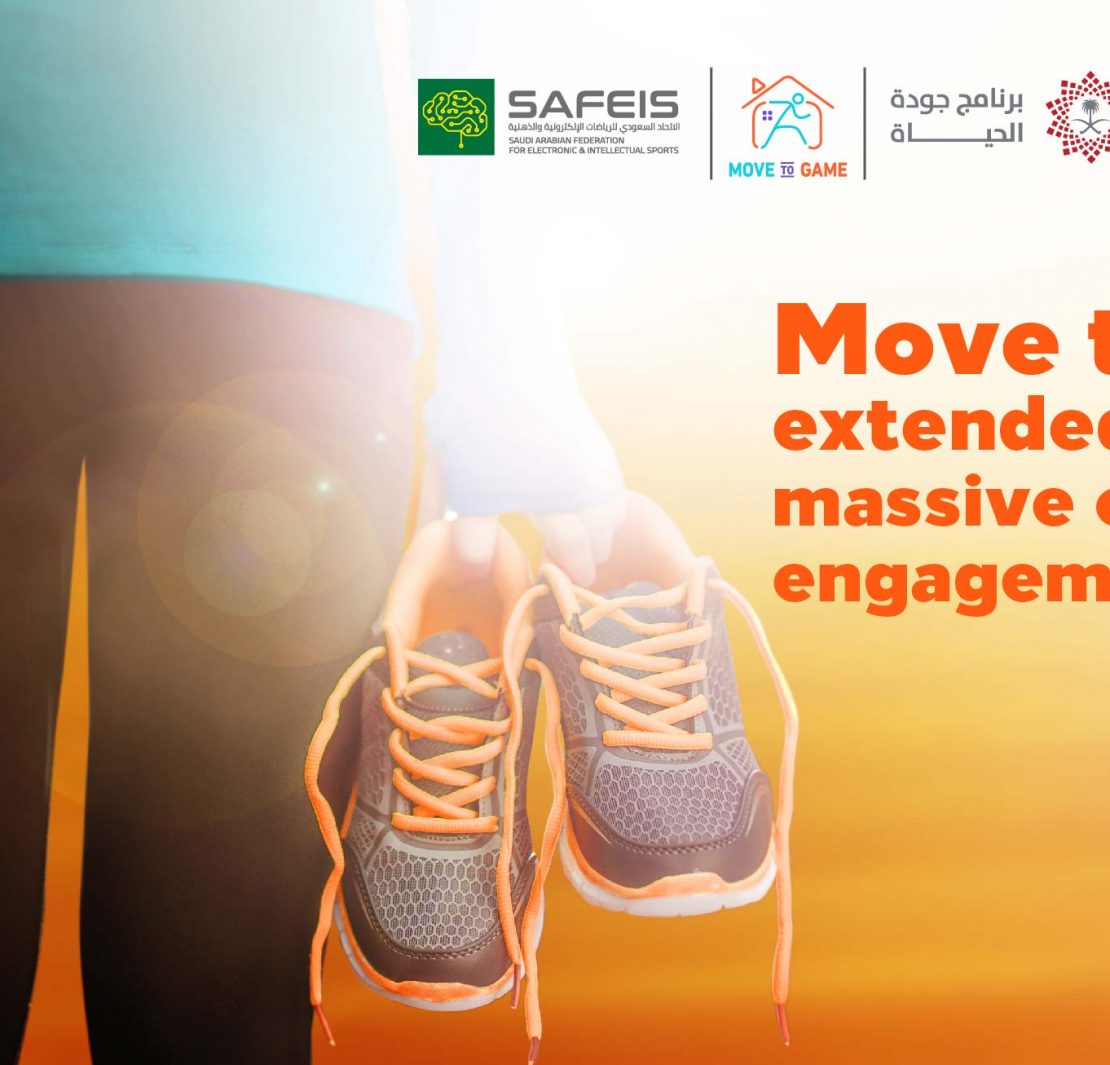 Move To Game, an innovative online tournament merging a love of gaming and physical fitness jointly launched by the Saudi Sports for All Federation (SFA) and the Saudi Arabian Federation for Electronic and Intellectual Sports (SAFEIS), has been extended due to its extreme success rate and rapidly-growing user base.

The program has now crossed a staggering two-billion step benchmark, as well as welcomed its 74,000th participant! The initial Move to Game goal of 60,000 participants and one billion steps has been long met, leading executives of both entities to unanimously agree on a much-lauded extension of the activation accompanied by fresh challenges and new phases.

One phase of the Move To Game competition that greatly increased the activation’s social media visibility was developed exclusively for Community Sports Groups (CSGs). The Move to Game CSG Challenge saw nine teams win across three tiers. Structured to welcome all sizes of CSGs with corresponding prize segments, the Challenge drew in 36 teams with a total number of 637 participants.

A prize pool of SR 60,000 was awarded to the nine winning teams, who clocked an astounding 29.6 million steps over five days. The CSGs that participated in the Challenge originated from all over Saudi Arabia: Al Bahah, Al Jouf, Asir, the Eastern region, Ha’il, Jazan, Jeddah, Madinah, Mecca, the Northern border, Qassim, Riyadh, and Tabouk.

The Move To Game program for individual competitors was originally scheduled for completion on May 31st, but has been extended based on the high participation numbers and immense success.

Move To Game, in an encouraging and entertaining manner, aims to continue onboarding new users resulting in more people participating in physical activity on a daily basis as part of the Quality of Life program under Vision 2030.