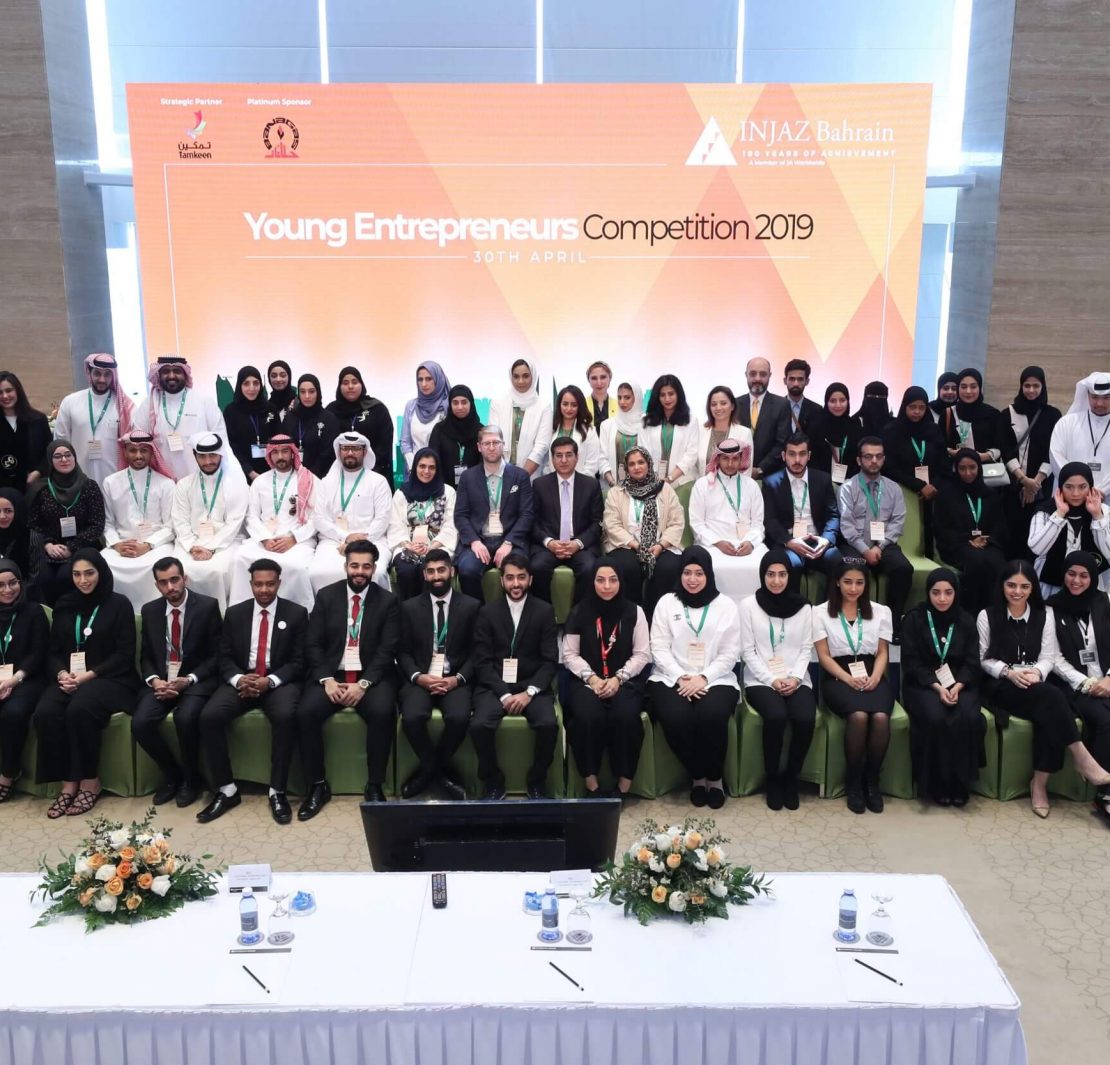 Under the patronage of Her Highness Shaikha Hessa bint Khalifa Al Khalifa, Chairperson of INJAZ Bahrain, the 11th edition of Young Entrepreneurs Competition, held at the Wyndham Grand Manama, was successfully concluded on Tuesday. The 2-day event witnessed student entrepreneurs from around the Kingdom competing to obtain the coveted “University Company of the Year” and “High School Company of the Year” titles in addition to “High School Product of the Year 2019”, “University Product of the Year 2019”, “High School Company for best Social Impact 2019” and “University Company for Best Social Impact 2019” awards.

The two-day event ran a busy agenda starting off with presentations by participating teams and booth visits by judges, and ending with an award ceremony.

The 2019 Young Entrepreneurs Competition not only highlighted current achievements but reflected the success of INJAZ students throughout the year, recalling the great success and awards obtained by “CONTRIVE” from Shaikha Hessa Girls School and “TaaWin” from the Royal University for Women during INJAZ Al-Arab 2018 Young Entrepreneurs Competition.

Commenting on the successful conclusion of the event, Mr. Abdulhakeem Al Khayyat, INJAZ Bahrain Board Member stated: “The continued success of the Company program is attributed to the dedication of the talented students, the support of the esteemed board members and volunteers, and finally to the exceptional leadership of Her Highness Shaikha Hessa Bint Khalifa Al Khalifa. The Company Program not only provides students with educational understanding, knowledge transfer and experience but also unleashes their creativity and innovation to become tomorrow’s successful entrepreneurs.”

Dubai Startup Hub launches the second edition of its Market Access program that you don’t want to miss out on, here’s why

Dr Ebrahim Mohammed Janahi Chief Executive of Labour Fund “Tamkeen” praised the partnership with Injaz Bahrain as one of the leading initiatives to support wider range of Bahraini youth in their Secondary and University year, aiming at enhancing their skills and talents to prepare them for the labour market and encourage them to start their entrepreneurial journeys.

Executive Director of INJAZ Bahrain, Hana Sarwani praised the competition saying: “INJAZ Bahrain is grateful for the tireless support of its partners and volunteers in ensuring another successful year of the Young Entrepreneurs program in its 11th edition. Their participation and dedication throughout the year is key to the success of our program which would eventually help the students in becoming the leaders and future entrepreneurs.”

The company program was sponsored by Tamkeen, the strategic partner of INJAZ Bahrain for this program, while the 11th edition of the Young Entrepreneurs Competition was sponsored by Bahrain National Gas (Banagas), the platinum sponsor for this year.

More than 200,000 students from across the Kingdom have benefitted from INJAZ flagship programs over the past 14 years.