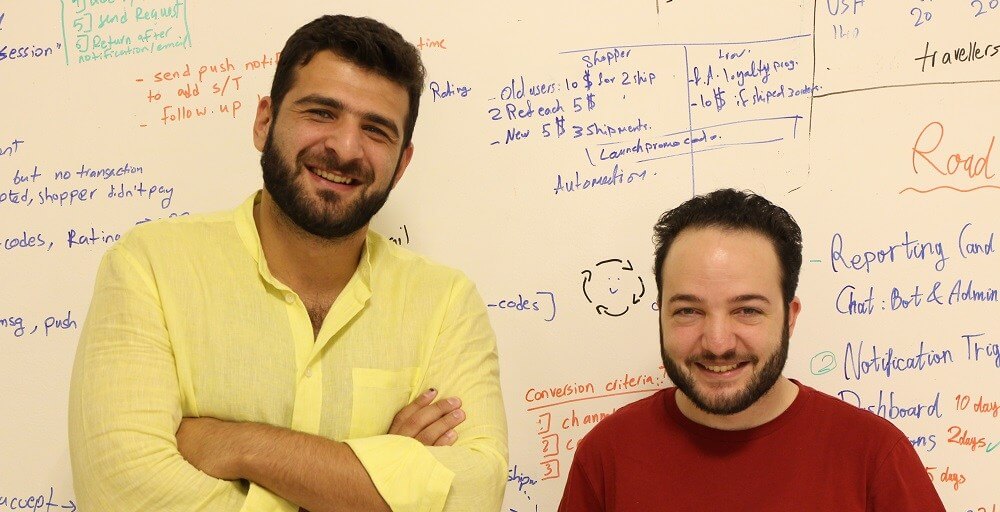 HitchHiker, a Cairo-based startup just raised announced that it has raised $200,000 from Dubai-based angel investors.

The startup HitchHiker was launched in 2017 by the entrepreneurs Hussein Mahmoud El-Terawy and Hassan Selim with the aim of linking people that would like to ship something internationally with someone who is traveling from or to that same place and possibly has some extra room in their luggage. Basically, the travelers would help out in shipping instead of using shipping services.

Not only that, but the travelers can also purchase the product on behalf of the shopper and make the delivery for them.

How is it going to benefit travelers though? With HitchHiker, travelers get extra money, while travelers can have a shipper service that’s cheaper and perhaps even quicker than buying it online and having it delivered to your place.

Ever since its inception, the startup has helped travelers gain around $300,000 for delivering items. The app has been downloaded more than 50,000 times and has processed more than 20,000 orders.

According to a statement made by the co-founder to Menabytes, HitchHiker has been bootstrapping for around 18 months before raising this round. They will be using the new investment to build their marketing and partnerships.

The startup is also planning on expanding their team and add four new members in the upcoming months.