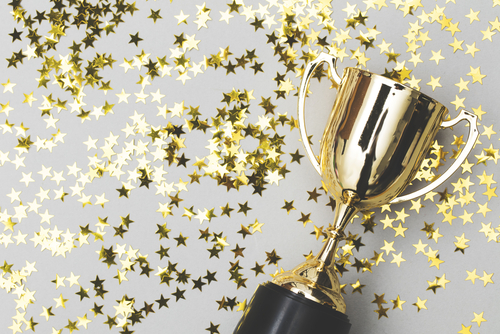 The Labour Fund “Tamkeen” announced the winning teams of the fifth edition of the Mashroo3i Youth Business Awards during the final awards ceremony which was held at Gulf Hotel on Saturday, March 2, 2019. The final awards ceremony was attended by the Chief Executive Officer of Tamkeen, Dr. Ebrahim Janahi, members of the judging panel, participating teams, as well as a number of people from the startup community. This competition provides participants between the age of 18-30 of with a national platform that highlights their business ideas and helps guide, train and support young entrepreneurs to start their business venture.

The 30 teams pitched their business ideas for the last time to the panel of judges who determined the winning teams which included Telp in first place, Newton’s Apple Learning Center in second place, and Doctoric in third place. The winners will receive a number of prizes including: cash awards, an international training opportunity for the first place winning team related to their business field, and a sponsored incubation facility for the duration of one year for all three place winners.

“I would like to express my pride and admiration for the creative business ideas I have witnessed by the youth during the public exhibition. The exhibition included a number of innovative projects that revealed the potential of the Bahraini youth, as these projects are able to compete at a global level, not just regionally or locally” commented Dr. Ebrahim Janahi.

“This competition, which aims to spread the entrepreneurial culture among the youth, highlights our efforts to support young entrepreneurs by setting up such programs that contribute to showcasing their projects and innovation within different sectors” he added.

The public participated in casting their votes to the best projects during the exhibition, while the teams were being evaluated by the judging panel which consisted of: Mr. Fareed Bader, Chairman and Managing Director of the Bader Group, Ms. Dalal Al Qais, General Manager of Retail Banking at Bahrain Islamic Bank (BisB), Mr. Trey Goede, Head of Portfolio Management for Aramco Entrepreneurship Ventures (Wa’ed), Mr. Paul Lalley, Head of Product at Brinc Batelco IoT Hub.