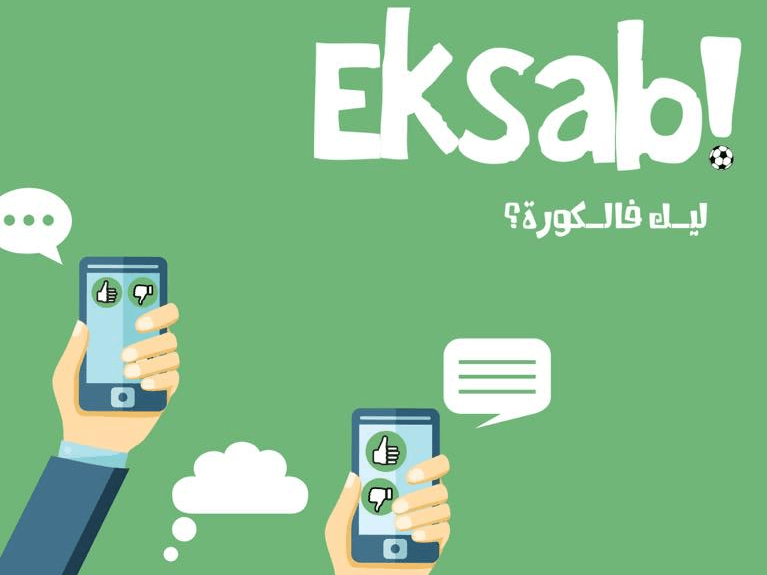 Eksab, the leading Daily Fantasy Sports (DFS) platform in MENA and the GCC, announced a six-figure seed investment from 500 Startups as it looks to capitalize on the prestigious African Cup of Nations being hosted in Egypt for the first time in more than a decade.

With the rise of regional footballers to the world stage and the increased appetite of MENA investors for acquiring European football clubs, there is little doubt that football will remain ingrained in the region’s culture for decades to come. Eksab is looking to tap into the region’s love for football. The company’s goal is to provide fun with exciting and engaging mobile games for football fans in the region.

“We live in a region that is obsessed with football. I remember going out to hand out flyers on the day that Egypt made it to the World Cup. People were fighting over Eksab flyers with the Egyptian team’s picture on them,” said Co-Founder and CEO Aly Mahmoud, “It was an intense yet pivotal moment. We knew we had tapped into something special.”

With over 1 billion football fans across the Middle East and Africa, Eksab’s goal is to make every match more exciting. Users download the app, make predictions about live football games from around the world, collect points based on the accuracy of their predictions and then get rewarded with prizes. In its first year, Eksab has processed more than 5 million predictions.

With the seed investment from 500 Startups, Eksab plans to scale its product to the millions of football fans in the region with the goal of processing 100 million predictions over the next year.

Sharif El-Badawi, Partner at 500 Startups explained that they had been following the sector for months and were impressed with what Eksab has been able to achieve. “Their team is very focused on the user-experience, talking to their users daily while iterating to deliver the most engaging platform possible. We believe we can add significant support to Eksab with our investment,” said Sharif.

“It’s going to be quite busy, and this is all ramping up to the 2022 World Cup. The timing couldn’t be better for us to partner with one of the most notable investors worldwide,” highlighted Aly Mahmoud.

Furthermore, Eksab is offering free advertising sponsorship packages to 10 MENA-based startups who are interested in reaching a community comprised mostly of males between the ages of 14-49, interested in football and technology. For further information please visit our website https://www.yallaeksab.com/

“There has never been a more exciting time to be a football fan in the Middle-East and Africa than now. We plan to capitalize on increased attention, engagement and spending on football content in the region, and are very fortunate to be able to go on this journey with 500 Startups,” added Aly Mahmoud.