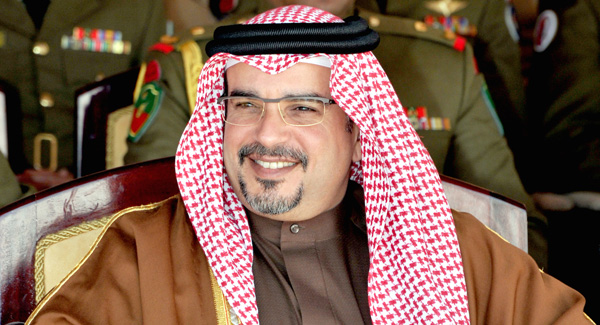 Microsoft and SAP are working together to provide better digital services to its customers, find out how

According to BNA’s report, the trade agreements in the fields of economy, trade, industry, oil and aviation were signed on the sidelines of Prince Salman’s official visit to the US, during a reception organised by the Bahrain Economic Development Board (EDB) in co-operation with the American Chamber of Commerce and the Bahrain American Business Council.

HRH confirmed that, under the leadership of His Majesty King Hamad bin Isa Al Khalifa, the Kingdom of Bahrain is constantly pursuing opportunities to advance bilateral trade ties in order to drive development and progress, while meeting the aspirations of Bahrain’s citizens. He also noted that the 10-year free trade agreement with the US has served to boost the Bahrain-US relations by increasing co-operation across a range of economic and commercial areas.

As a result of Bahrain’s open and innovative business environment, over 200 American companies have chosen to operate in the Kingdom, noting, in particular, the recent announcement that Amazon Web Services (AWS) is due to open its first regional headquarters in Bahrain.

Prince Salman went on to note that Bahrain’s development efforts are focused on creating positive opportunities for businesses by reshaping the role of the public sector from the main engine of the economy to a private sector regulator and partner.

In addition to Alba and Bechtel, regarding the Alba line 6 expansion project, which will result in Alba becoming the world’s largest single-site aluminum smelter. It was signed by Alba representative Tim Mori and Brendan P. Bechtel, Chairman and CEO of Bechtel Group.

Another MoU was between Alba and General Electric (GE) regarding the implementation of the fourth gas turbine unit at Power Plant 5, signed by Alba representative Tim Mori and Todd Lamar Smith, Chief Financial Officer of International and Vice President at GE

Also, the agreement between Gulf Air and GE was welcomed by the Minister of Industry, Commerce and Tourism and Chairman of Gulf Air, and Karan Krishna Bhatia, Vice President and Senior Counsel at GE.

During the event, the first edition of the Bahrain-US Free Trade Agreement Award was presented by Khalid bin Rashid Al Zayani, Honorary President of the Bahrain American Business Council, and Koch Chuksi, Senior Vice President for the Middle East and Turkey Affairs at the American Chamber of Commerce.

The winners of the Free Trade Agreement Award were Alba and Mondelez.

Khalid Al Rumaihi, the chairman of the Bahrain Economic Development Board (EDB), delivered a speech in which he expressed his thanks and appreciation to HRH the Crown Prince for supporting the Award, which underscores Bahrain’s keenness to strengthen bilateral partnerships in the economic and commercial sectors.

He stressed the EDB’s commitment to continue its outreach programme aimed at familiarising international companies with the kingdom’s business and legislative environment, which encourages growth.