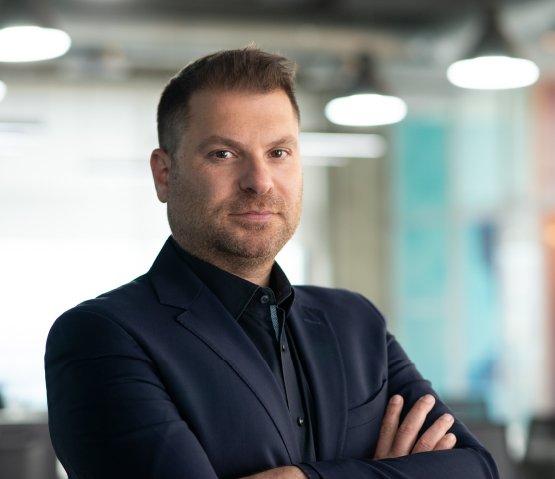 NEW YORK, N.Y. — March 3, 2021 — Anghami Inc. (“Anghami” or the “Company”), the leading music streaming platform and service in the Middle East and North Africa and Vistas Media Acquisition Company Inc. (NASDAQ: VMAC), a publicly traded special purpose acquisition company led by CEO F. Jacob Cherian and co-founders Saurabh Gupta and Abhayanand Singh, announced that they have entered into a definitive merger agreement that will result in Anghami becoming the first Arab technology company to list on NASDAQ.  The transaction implies a pro-forma enterprise value of $220 million. The combined company will operate under the Anghami name and will trade under the new symbol “ANGH.” The transaction is expected to close in Q2 of 2021.

Founded in 2012, by Eddy Maroun and Elie Habib, Anghami is the first music-streaming platform in the MENA region. Anghami has built a market-leading platform, offering more than 57 million songs to more than 70 million registered users with around 1 billion streams per month. With an Arabic speaking population of over 450 million globally, a listing on NASDAQ allows Anghami to scale its user base and invest in technology to build on its data play.

Anghami’s AI and machine learning algorithms process over 56 million data points from its user base every day. Over nine years of user data enables the Company to predict user behavior and trends to focus its investments in areas delivering the highest return on investment – which helps improve monetization – and will continue to be a key driver of revenues going forward.

The Company has long standing partnerships with all major global labels including Universal Music Group, Sony Music and Warner Music Group. Anghami is a music app and platform that offers listeners in the MENA region unlimited Arabic and international music to stream and download.  Anghami has licensing agreements with thousands of independent labels and distributors to provide users with legal access to a vast catalog of music. Anghami has a physical presence in major countries in the MENA region to establish and maintain strong partnerships with labels, creators, brands and telecommunication companies. In addition, the Company has established direct partnerships with 36 telecommunication companies across the MENA region to boost free user acquisitions and facilitate subscriptions achieving the highest paying conversion rate in emerging markets.

The Company is headquartered in Abu Dhabi, at the Abu Dhabi Global Market (“ADGM”), and has offices in Beirut, Dubai, Cairo and Riyadh. It is supported by the Abu Dhabi Investment Office (“ADIO”), the Abu Dhabi government’s investment attraction and development hub, which partnered with Anghami as part of its Innovation Programme, to develop its global headquarters and a technology and R&D center in Abu Dhabi.

The Company’s international head of partnerships is LA-based music industry entrepreneur and manager, Wassim “Sal” Slaiby, the CEO of XO Records (the label which he co-founded with The Weeknd whom he also manages) and of SALXCO, his management firm. Slaiby has been instrumental in formulating international partnerships and strategies to build an international fanbase and bridge the Middle East, North Africa and global markets.

Anghami is currently backed by leading MENA venture capital firms and strategic shareholders, including media groups and telecommunications companies that collectively own approximately 68% of Anghami, with the balance owned by the founders.

Anghami’s proven management team led by co-founder and CEO Eddy Maroun will continue to operate and manage Anghami following the transaction. Co-founder and Chairman Elie Habib will continue as the CTO.  F. Jacob Cherian, CEO of Vistas Media Acquisition Company Inc. is expected to join the Company as Co-CEO for a period of one year.

Co-founder and CEO of Anghami, Eddy Maroun, commented, “Today is a very exciting day for all of us at Anghami and our partners globally. Elie and I co-founded the company in 2012 with a vision for Anghami to be a first of its kind, digital media entertainment technology platform in the MENA region. Today, we have taken a significant step forward in our growth plans in seeking to become the region’s first Arab technology company to list on NASDAQ. Being a U.S. listed public company gives us access to growth capital and a global platform that is the best in the world.”

Elie Habib, Co-founder, Chairman and CTO of Anghami, added, “We’re proud of the product and technology we’ve been able to build and now we will have the ability to invest more in R&D and innovate providing a product that goes beyond music to immersive experiences around media and entertainment while remaining relevant to our users and focused on our local edge.”

SHUAA Capital psc. (DFM: SHUAA), and Singapore based Vistas Media Capital, have gathered commitments of a combined $40 million in a PIPE (SHUAA committed $30 million and Vistas committed $10 million). SHUAA is the UAE’s premier publicly listed asset management and investment banking firm listed on the Dubai Financial Market, with over $14 billion in assets under management.

The Company expects to have approximately $142 million of cash on its balance sheet at closing to be used primarily to fuel additional growth.

Jassim Alseddiqi, Group CEO of SHUAA, stated: “We are delighted to be leading the PIPE for Anghami’s business combination with VMAC in what will accelerate Anghami’s growth and build upon its success as a pioneer in the music streaming space in the Middle East and North Africa. SHUAA led a funding round for Anghami earlier in the year and has been working closely with the team to secure the PIPE investment and deliver a successful listing on NASDAQ. In addition, the enhanced reputation and access to capital that comes with a listing on NASDAQ accelerates the company’s growth journey.”

Sam Barnet, CEO of MBC, the Saudi Arabian media group and one of Anghami’s key shareholders, commented, “MBC is extremely proud of the exceptional team at Anghami and we are honored to be a part of a huge success story for the region.  The team has been committed to revolutionizing the Arabic music industry through innovation and the best product in the market.”

Rabih Khoury, Managing Partner of Middle East Venture Partners (“MEVP”), one of the leading Venture Capital Asset Managers in MENA, commented, “As the largest institutional investor in Anghami, we at MEVP are delighted that one more of our top portfolio companies will list on NASDAQ, the leading global market for technology. We have partnered with Eddy and Elie from the outset in 2012 and continuously supported Anghami starting with its seed round and all its subsequent funding rounds. This strong partnership with Anghami has culminated in identifying Vistas as the ideal merger partner. The combination with Vistas will confirm Anghami’s position as a MENA technology leader and will provide the funding for its next phase of growth, establishing Anghami as one of the leading technology platforms.”

His Excellency, Mohammed Ali Al Shorafa Al Hammadi, Chairman of the Abu Dhabi Department of Economic Development stated, “Abu Dhabi is a launchpad for innovators to excel globally. We support investors and companies on every step of their journey. Going public on NASDAQ will enable Anghami to invest in innovation from its Abu Dhabi HQ and accelerate its ambitious international growth plans. It will also establish a template for other companies in Abu Dhabi to realize their full potential by tapping into global capital markets.”

Saurabh Gupta, Co-founder of Vistas Media Acquisition Company Inc. commented, “This is a landmark transaction for the MENA region and for Vistas.  As a media and entertainment sector focused SPAC, our objective was to find a high growth company, and back phenomenal entrepreneurs like Eddy and Elie. Anghami is synonymous with the music culture in the MENA region. The combination of Anghami and the Vistas team will be a powerful force in the media and entertainment world, and we couldn’t be prouder of the hard work from everyone to get to this stage; but our work has only just begun.”

May Nasrallah, Founder and Executive Chairman of deNovo Corporate Advisors who acted as Financial Advisor to Vistas Media Acquisition Company Inc. on the transaction, commented, “We are delighted to see a well-managed, fast growing homegrown technology company from the Middle East like Anghami attract interest from global investors and achieve a NASDAQ listing. We believe this is a precedent setting inaugural transaction from the MENA region that paves the way for others to follow.”