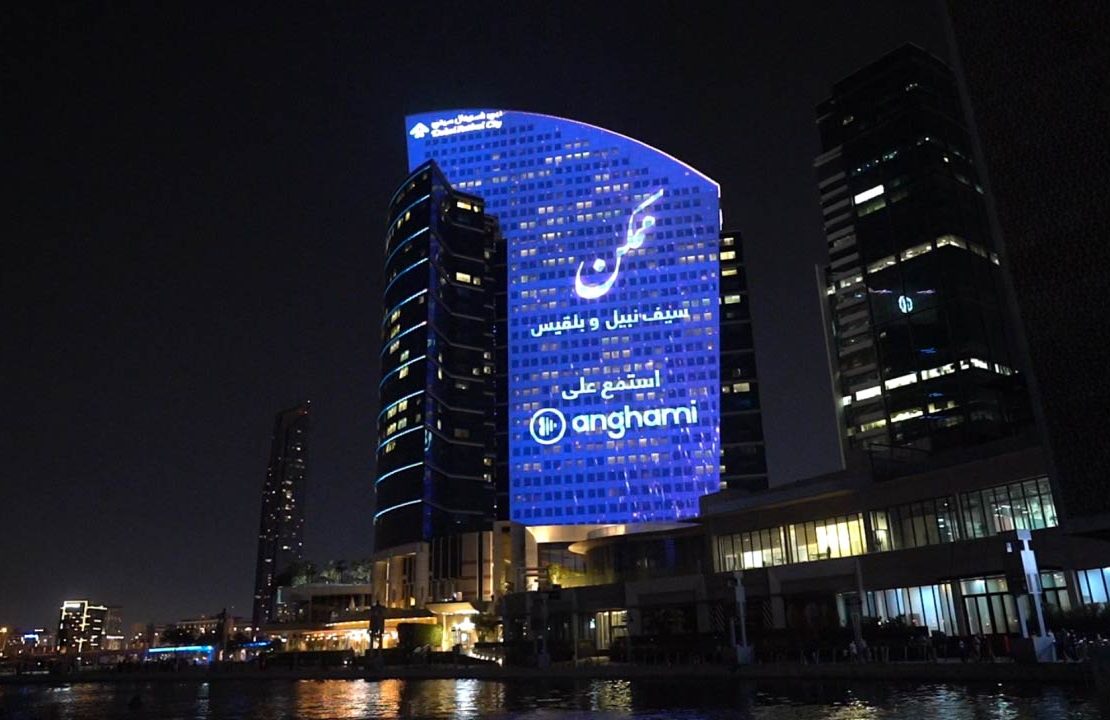 This significant partnership is part of Anghami’s mission and vision: Music is freedom, and it’s for everyone! A universal language connecting cultures and enhancing human experiences with the power of accessibility.

Earning two Guinness World Records in a row, IMAGINE is seen as one of the most spectacular entertainment destinations in Dubai, involving the latest Laser, Water and Light technologies.

The activation took place on Festival Bay, transporting viewers into a journey of imagination while encouraging listeners to stream the trendiest songs on Anghami, the leading music streaming platform in the MENA region.