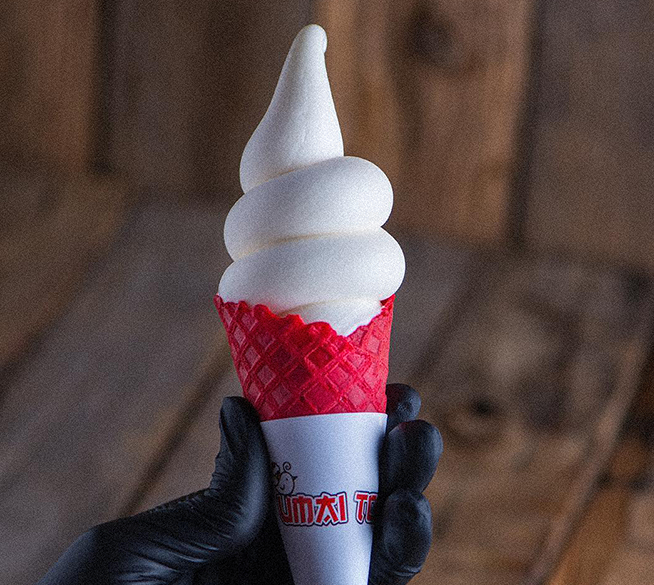 Starting a business in itself is an exciting, yet slightly overwhelming experience, let alone mixing it up with a pandemic. Such unprecedented, uncertain times might probably encourage you to play things safe and not try anything new, business-wise.

Deciding to take the plunge can be rewarding, however. It’s not easy, but that’s the beauty of it. Looking back at times of adversity, and seeing how you gracefully stood still, with one heck of a story to tell.

We’re bringing you a story of a Bahraini business that actually did exactly so: it launched during COVID-19! We’re warning you, as after reading this, you’ll want to get into your car (or bike, a lot are into that lately, good for you!) and drive straight to it.

Without any further adieu, here’s the story of Umai Tori Ice Cream. If you’re thinking the name sounds Japanese, that’s because it is. Founded by Mohammed Al-Kuwari, Umai Tori is an ice cream truck that’s quite different from your average one.

Mohammed has been a frequent traveller to Japan, where he got to experience and taste many regional flavors of ‘soft serve.’ For those who aren’t familiar with the term, a soft serve is a frozen dairy dessert, sort of like ice cream, except that it’s softer and less dense.

Bringing his wondrous experience to Bahrain, Mohammed thought it would be refreshing to open a soft serve truck, especially due to the frozen yogurt market being fully matured to the point of almost declining, as he notes.

Still thinking about the name, aren’t you? Don’t go on Google Translate just yet. ‘Umai Tori’ literally translates to ‘Tasty Bird’. You can actually see a tiny bird on top of their logo. Being a bird person, Mohammed used his late white-eared bulbul that passed away three years ago as an inspiration for the name. RIP Bulbul!

The story keeps getting more and more interesting, as we asked Mohammed why did he launch during such times, to which he responded: “To be honest, I first wanted to open as a trial just a couple of days for family and friends as my focus group to gather data and opinions and test my skills at running an establishment as it is new territory for me.”

He further elaborated: “Suddenly, there were strangers popping out with children who were really excited to try my flavors and I just couldn’t refuse to serve them. My ice cream started receiving extremely positive feedback and all of a sudden people were asking if I’d be “open tomorrow” and I was like “well, looks like I’m officially open!”

As for support, the delicious Umai Tori was able to see the light with Bahrain’s ever-so-supportive entity, Tamkeen Bahrain. Mohammed mentioned Tamkeen’s Business Development Scheme as a huge help for his business.

Bet you’re wondering what makes this place so special, aren’t you? Check out these pics, and you’ll see. Careful of eye-drooling.

6 ways to be stuck & retrogress in life

Next is our personal favorite, Hokkaido Milk & Enoshima Sea Salt (perfect for you if you’re into savory flavors!)

As for you fruity flavors fans, you might wanna give Aomori Fuji Apple with Bailan Melon (Honeydew) a shot!

It really is quite refreshing to see Bahraini businesses not just succeeding, but also innovating and being creative during such times. Way to go!