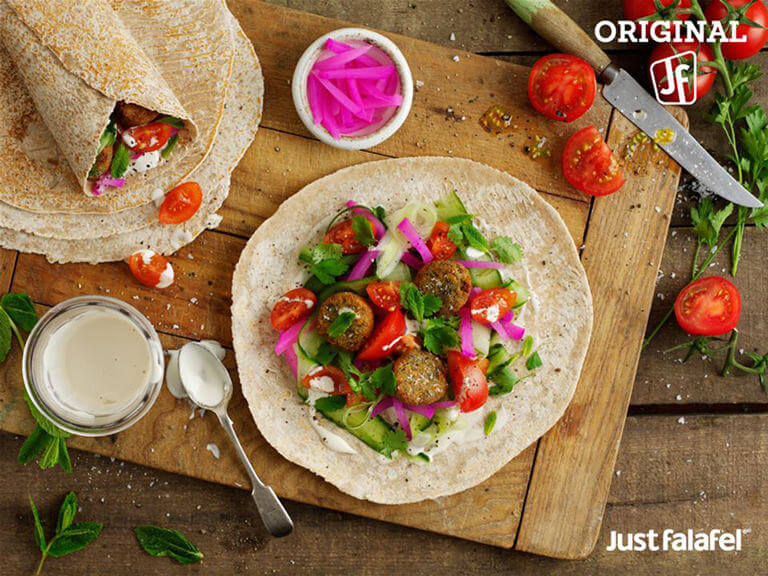 Mantoojati: Taking Your Home-based Business to the Mall!

Just Falafel is becoming a global fast food powerhouse, with the seeds in place for the development of 1200 outlets across 19 countries. In the next five years, Just Falafel has plans to roll out 200 stores throughout the UK. But Just Falafel wasn’t always the sensation that it is today. The first restaurant popped up in Abu Dhabi in 2007, founded by Mohamad Bitar, Reema Shetty, and Alia al Mazrouei. Bitar is now the managing director of one of the fastest growing fast food restaurants in the world.

The company started out with a team of only four people in the United Arab Emirates. Today, Just Falafel employs hundreds of executive and franchise positions. Most of the company’s restaurants are centered in the UAE and surrounding areas. Just Falafel has franchises in Lebanon, Qatar, and Oman—but the company is getting inquiries from Europe, Australia, and America.

There are many reasons why Just Falafel is one of the fastest growing fast food chains in the world. The menu is simple, but they don’t just serve falafel. The restaurants mainly offer vegetarian items based on falafel, but you can also find french fries, salads, desserts, and hummus at Just Falafel. The founders owe a lot of their success to their creative thinking and adaptability. Just Falafel has used modern resources to build a brand that is doubling and tripling profits each year. Here are three examples of how Just Falafel takes advantage of modern technology to move ahead in the business world:

Just Falafel’s founders went after the fast food market with a fresh perspective. They wanted to convert falafel, a common street food, into something for the modern world. Falafel is both a healthy and mobile option—these are facts that satisfy the concerns of the health-conscious and hard-working global community. Just Falafel expanded this simple dining choice, falafel, into something substantial and suitable for people across the globe. Just Falafel offers numerous flavor choices, all of which are designed after cuisines from different global locales.

The Just Falafel brand owes most of its growth and brand awareness to social media. Specifically, Just Falafel used (and still uses) Facebook to reach a broad audience, target potential franchise owners and increase the company’s reputation. Last year the company spent hundreds of thousands on Facebook, but brought in $8,000,000 in sales, yielding a return on investment of around 19 times what the company spent on media.

Just Falafel is truly a company of the 21st century. The company is helping to break down gender-based and nationalistic boundaries. Just Falafel has focused its business efforts in and around the UAE, a place—like most countries in the world—where it’s easier for a man to succeed than it is for a woman. But Just Falafel employs a team of diverse women and men from countries like India, the UAE, and more. Just Falafel seeks out the best franchise owners despite gender and nationality. Because of this, the company has been able to grow rapidly in the past five years.