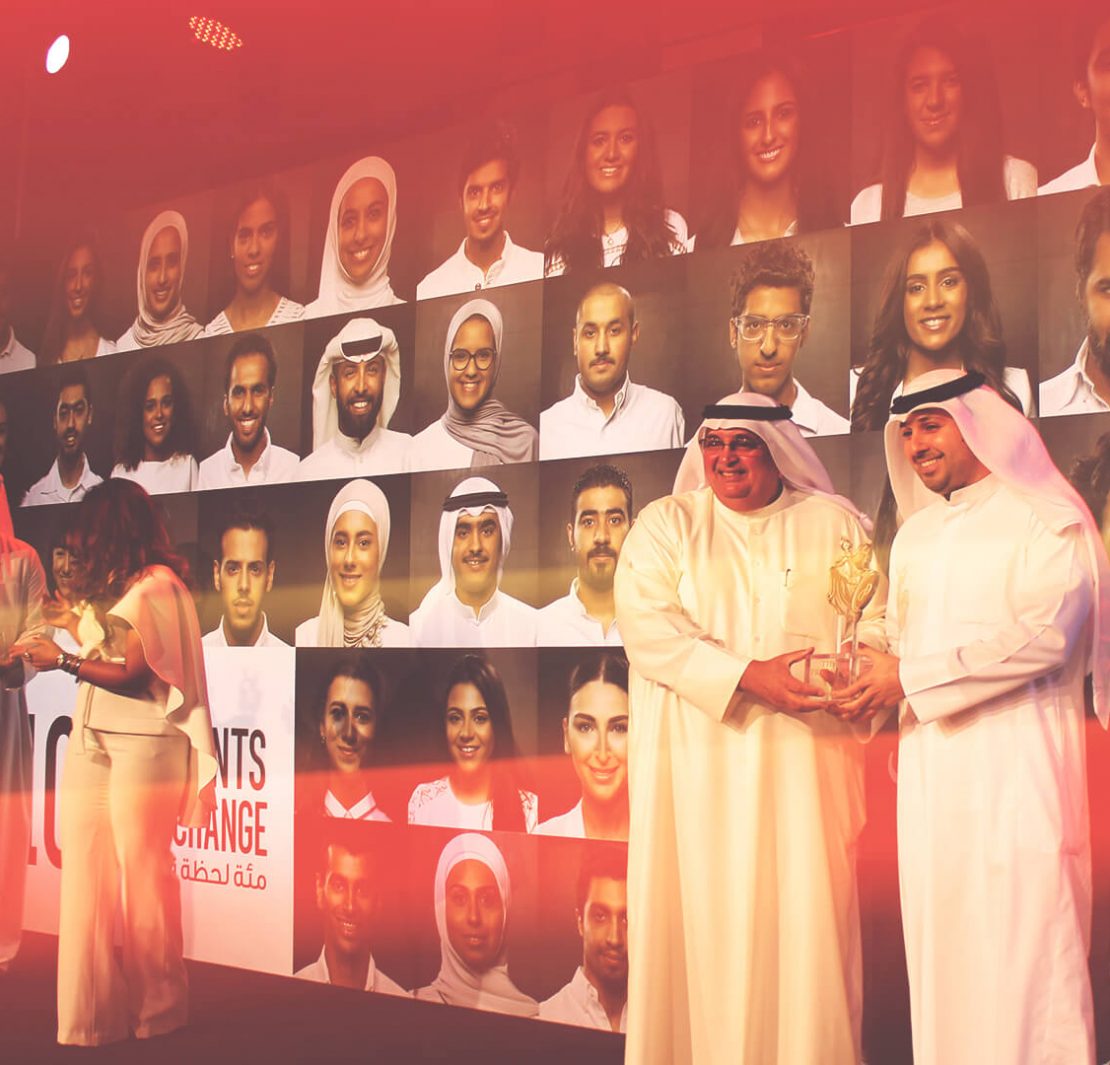 Who hasn’t used Talabat, the region’s favorite local food delivery app? Read on for the behind-the-scenes success story of an online supernova.

Mohammed Jaffar is the former owner of Talabat after being acquired by Rocket Internet. Got most of his education at England from an early age in a boarding school and later from the University of Surrey with a BSc in Economics. He acquired Talabat in 2010 and took it to the next level to become a regional big player in the local food delivery industry.

Thank you for this opportunity, Mohammed. Could you please introduce yourself?

My name is Mohammed Jaafar, and I’m from Kuwait. I studied most of my life in the United Kingdom. I attended boarding school there, and moved back to Kuwait in 2004 after graduating from the University of Surrey with an economics degree. I started my career in corporate banking at Gulf Bank in Kuwait, then embarked upon my entrepreneurial journey in 2008.

Did your entrepreneurial journey start with Talabat?

No, it started with the opening of a small restaurant called The Kitchen in Kuwait. From that came Talabat, which we acquired in 2010.

So, how did you come across Talabat?

Talabat was established in 2004, the year I moved back to Kuwait. When I first heard about it, I was like, “Wow, what geniuses these guys are for setting up this business. How come no one thought of it before?” I was a big fan; a user who acquired the business.

Tell us about the early acquisition of Talabat.

I had a restaurant that was struggling, big time. When I joined Talabat, its fortunes turned around in a day. I just couldn’t believe it! I know the secret now: open a restaurant and put it all on Talabat.

Something pushed me to acquire Talabat. I really cannot explain it further. I had a feeling that this was something I needed to do, and just went after it.

I had to do my due diligence. The founder wanted a lot of money. I had to convince my family to put up the capital to buy it. When we offered them a lower price, they declined it; but then we reached a middle ground. This satisfied both parties, and that’s how the deal was closed.

I heard you bought it for around a million Kuwaiti dinar?

What if your family had basically said, “Mohammed, if you want this, go figure it out on your own?”

My father is a businessman, so I had to show him I knew what I was talking about. I got a professional team to help me, and it took us six months.

After acquiring Talabat, what was your action plan?

One of the biggest problems we faced was that we were not e-businesspeople. I studied economics at university. I’m a corporate banker. The guys who came with me were all ex-corporate investment bankers. At the same time, we were young entrepreneurs. We rolled up our sleeves and worked extremely hard. We made a lot of mistakes, of course. You have to—it’s normal, you’re a human being. The question is about learning from these mistakes, and quickly rectifying them.

How do you hire? What do you look for?

If I want to hire a programmer, I don’t hire him personally, because I don’t have the skills to judge whether or not he is good in this aspect. I bring in our IT specialists to tell me about the person. You also have to take an IQ test, an English exam, an Arabic exam, and a mathematics exam if you want to work for Talabat.

How would you go about firing someone?

Shall we talk a little bit about the acquisition process? How did Rocket Internet hear about Talabat?

Rocket Internet competes with Talabat in other countries: Saudi Arabia, the Emirates, and more.

Under which brand are they competing?

We were approached by all the big players. We saw they were all talking about the same thing: consolidation. We realized quickly—hold on, these guys are not only talking to us, they are talking to each other. Something is going to happen. They were desperate—running after us saying, “Please, let’s do this. Whatever you want.”

I went back to my family and said, “The market is consolidating. We want to be part of it. We don’t want to be in a position where everybody sides with one group, and we are left by ourselves. We are strong, but we don’t want to suddenly have to face these huge giants together.”

Why do you think consolidation is happening within the food delivery market?

It makes sense. Consolidation will happen in all industries—that is not necessarily new. It is new for the online food delivery industry.

Sometimes, working with each other is better than competing. Working together, you can share information, technologies, and knowledge.

How did it happen? Did they e-mail you? Did you bump into someone?

Two days later, I got a message through LinkedIn from a gentleman who said, “Mohammed, hi. I heard about you while I was in Bahrain. I would like to have a chat with you.” So we had a chat, and the guy was a big shot; he’s the guy behind the AOL IPO, Twitter IPO, and Clash of Clans IPO…and he was the guy behind Talabat. He works for a company called Code Advisors, owned by J.P. Morgan. He said, “Do you want me to introduce you to all the big players?” I thought, “Wow.”

We were extremely happy to hear the news of Talabat’s acquisition. Why do you think this was the first big acquisition to happen outside of the GCC? Why so late?

If you look at the GCC, the rate of technology use is by far higher than anywhere else in the world. Smartphone penetration is the highest. YouTube is the highest. Consumption is very high. Our countries are considered well-off.

Expect in the next couple of years to see companies like Talabat coming from Bahrain, the U.A.E., Kuwait, and Saudi. Things will happen in the next two to three years, Insha’Allah.

Could you mention names of companies in the region you see really bright futures for?

Look at the flower business. Flowers are a commodity that trades just like food. There is a lot of ordering and sending, and that is an industry we are looking at. We have a company in Kuwait called 965 Flowers. Emirates companies like Property Finder and classified ad companies are also hitting it big.

When you started in 2010, governments were not completely aware of the importance of entrepreneurship and the financial value it brings to the industry. Now there are plenty of programs, but how do you see that affecting the ecosystem itself? Do you think the impact has been positive?

It’s getting easier and easier to do. When we acquired Talabat, people were laughing at us. “This was a silly, silly acquisition. You have ridiculously overpaid for a business that’s worth nothing.” Why did they say that? Because they didn’t know. It was so traditional: all real estate, all stock market. People have since moved out of these things. It’s about services now: e-business services. Governments have realized that, and they have tried to encourage young people. This has a future.

Not everything is going to be online. Now we have two worlds, really, to go into. What you need to do is roll up your sleeves and work properly. Once you do that…imagine Bahrain in the next two to three years. A number of these companies will have been sold. What will that do to the ecosystem? That’s how it happened in Silicon Valley. One guy headed there, two guys headed there, and then everybody wanted to go. That’s how it works.

Some people might read or hear about your story and say, “He comes from a business family, and if it doesn’t work out for him, he’s not really risking much. He’ll go back to his family, and they will support him.” How would you answer these types of statements?

Coming from a successful business family puts a hell of a lot of more pressure on me. I want to show people I can do it—and more. My granddad was born a poor man. He’s self-made, and it’s because he helped people. He was an extremely charitable person.

What’s next for Mohammed?

To be honest, for the last 10 or 11 years of my life, I’ve just been working nonstop. Literally, I have a week off a year, and I usually work during that week. I’m an extreme workaholic. I just work…and if you do that, you lose perspective. I have a wife and children, but I had not really been paying attention to them due to my involvement in my work. I thought to myself, “You know what? I need to spend some time with my family.” That’s one of the reasons I decided to step down as CEO and play a different role within Talabat.

Being a CEO is very, very demanding. Before taking my next step, I want to take time off. I want to just have a little bit of peace and quiet, and stop to reflect. That’s very important, and up until this second, I have not done that. I’m still heavily involved. Hopefully, in the next five to six weeks, my daily involvement should wind down. The new CEO has taken over already, and he is well in place. My role will become more of a strategic one.

If you could give us a tiny sneak peak, which industry are you currently interested in for the future?

I like marketplaces. Look at Talabat. It’s a marketplace, a mediator between buyer and seller. I like the concept of an online hub for transacting and (usually) benefitting from a commission base. That’s a good, clean, stable model.

We are extremely lucky, because we are living in a time with so many opportunities. I feel sad when I hear people saying “Oh, there are no chances.” No—there are more chances now than there ever have been.

It really is. You just need to go out there and take it. Why complain? You just have to work hard. Nobody has a magic wand.

Are you an iPhone or Android guy? Why?

What are the mobile apps that you use on a daily basis, besides Talabat?

Well, I use an amazing app called Kuwait Prayer. It gives you the exact prayer times and Qibla directions, which is useful because I travel a lot. I like SkyNews, and the BBC app. I’m a big football fan, so I like BBC Sports, as well—and, of course, Startup Bahrain.

Are you a Real Madrid or Barca fan?

I’m a premier league guy. I like Manchester United and Crystal Palace. But between these two, you’ve got to have Barcelona.

Thank you, Mohammed. I’m confident this will inspire thousands of our readers.