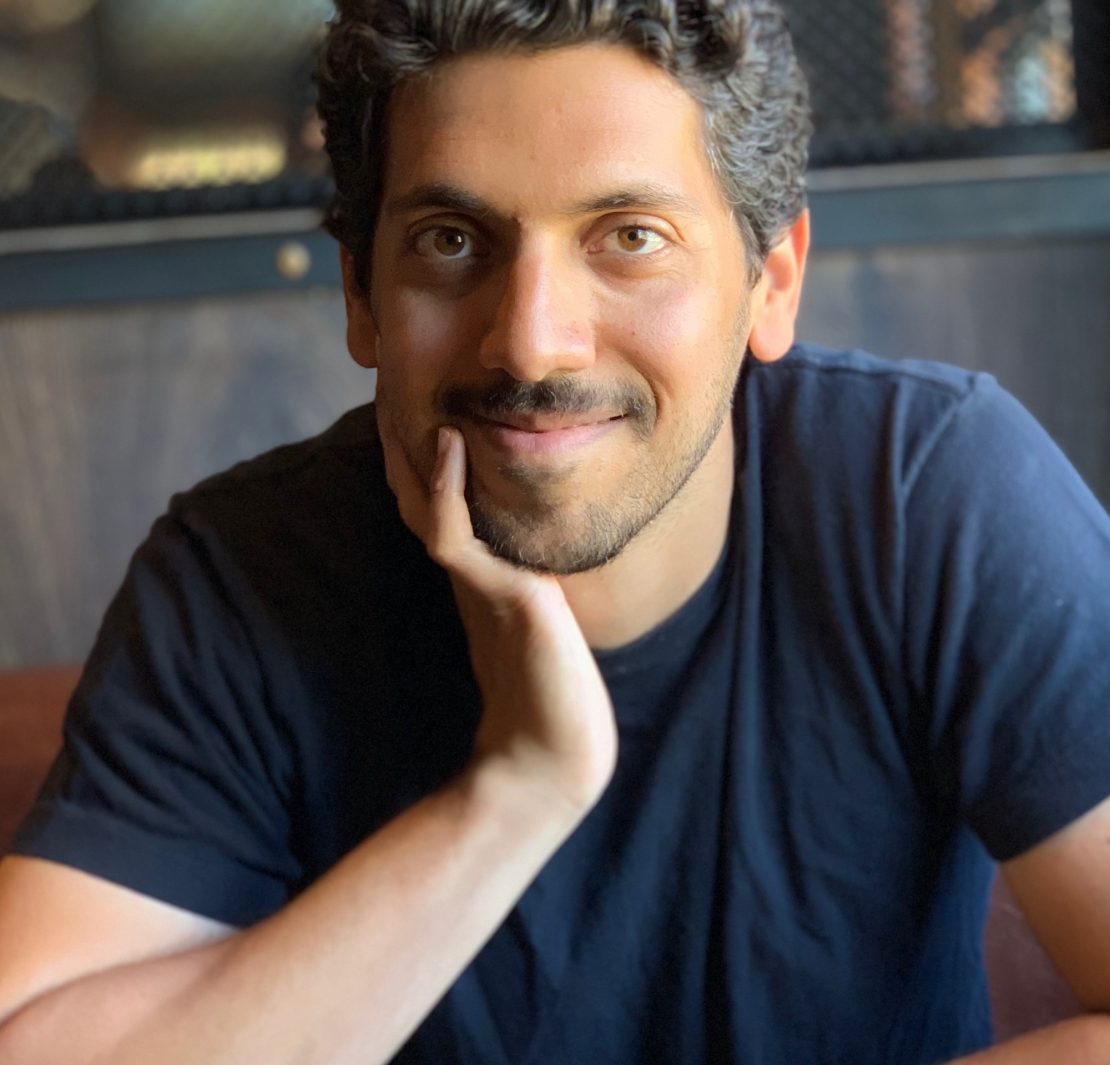 Today we bring you an influential figure that’s going to inspire you and push you towards that goal of yours that you’ve been putting off for a while now. No judgement here! We actually feel your pain.

This prompted us to reach out to Ali Almossawi, a Bahraini working at Apple as an engineer, author, and publisher –yep the title was not an exaggeration– to learn more about his work, what he does, and to have him embark his wisdom upon us.

To give a proper introduction, Ali Almossawi is the founder of Cormorant Press and the author of An Illustrated Book of Bad Arguments, Bad Choices, and The Point of Pointless Work. His books have been read by 3 million readers, translated into 20 languages, and have sold over a quarter of a million copies in print. He also runs an engineering and design team at Apple Inc. and is an alumnus of MIT’s School of Engineering and of Carnegie Mellon’s School of Computer Science.

Here are 6 things you didn’t know about him:

1. At Apple, he works on visualizing data for the Cybersecurity team.

Ali tells us that the field of Data Visualization, in its current incarnation, came to prominence about a decade or so ago. “It’s principally concerned with the question of how graphical encodings can make quantitative data more insightful,” he says. Most of his day at work is spent on simplifying and clarifying engineering, design, and data so that the products they’re a part of appeal to their audiences.

2. An Illustrated Book of Bad Arguments came to life when he was scribbling down notes as a college students about things to avoid while arguing.

An Illustrated Book of Bad Arguments is the first book to have been published by Ali Almossawi. He initially shared it online as part of a series of four projects that he put out within the span of a few months during the summer of 2012. The book went on to reach  an audience of over 3 million, with 300,000 of those being print sales. Two tips he shares for making good arguments are to focus on the issue, not on the person, and to avoid misrepresenting the other person’s position and then attacking that misrepresented position as though it were the actual position. “The book was an opportunity to present my notes in a novel way, through illustrations and topical examples,” Ali shares.

3. Wanted to experience what’s it like being a publisher, thus Cormorant Press was born.

Ever wanted to publish a book? Well, this point is for you. Ali tells us that there are three ways you can publish a book: Self-publish, work with an independent publisher, or get acquired by one of the Big Five publishers. Since Ali was lucky enough to experience all three, he had a yearning to experience what it’s like to be an independent publisher, hence launching Cormorant Press. “I like swimming in the slow lane,” Ali says, “It gives me time to experiment and learn at my own pace, and Cormorant Press would provide me with that.”Fun fact: He named the press after a bird that is native to Bahrain. According to Ali, the bird has a distinctive way of drying its feathers. “I like the image of the cormorant because it has endured despite its imperfections,” he says.

4. He doesn’t believe in the notion of seclusion as a method to inspire writing.

While some writers might prefer retreating to a corner of their own, or resort to changing their scenery, or maybe go on a hiatus, shutting off everyone, to get their creative juices flowing, Ali on the other hand is different. “There is this romantic notion I’ve frequently picked up on, of abandoning everything and going into a cabin in the woods to write,” he begins, “I can’t say I’ve ever been compelled to do that. I walk for tens of miles every week, all throughout San Francisco, and do most of my work from cafes, surrounded by people” Ali usually writes in his day’s gaps, which usually means the few days a week he commutes by train. “My writing adds to my day job, and my day job drives me to write,” he shares.

Bahrain-based Muharraqi Design is changing the landscape of creative design

5. “Solutions are often about tradeoffs between competing qualities.”

When asked about how he usually solved problems, Ali takes us through his thinking process. According to him, for each problem the question one usually asks is: What tradeoff am I willing to accept? He gives us a simple yet effective example of how security and usability are competing qualities. One comes at the cost of the other. “Time and space are two other competing ones. You can often save time by using up more space. If you care about performance, and space is cheap, then the tradeoff is a no-brainer,” he says.

Ali says that outside engineering, the pattern of thinking is prevalent as well – we actually might be doing without realizing it. He shares that the way we make decisions often involve some sort of evaluation of the relative merits of several competing approaches. “Or we might compare it with something we see with something we’ve seen and base our decision on how to solve that problem with how we solved a similar problem in the past,” he says. This method known as the representativeness heuristic, is one of the several mental shortcuts that we use in our everyday life to make decisions when we’re faced with uncertainty.

6. Focus on the qualities within an ecosystem.

Ali shares that the fundamental qualities have to do with the individual which includes persistence, tenacity, being honest with oneself about failures, in addition to a complete disregard for how others may or may not perceive you, and most importantly a no-regrets-no-looking-back attitude with a do-it-yourself way of thinking. “I see those qualities in Bahraini entrepreneurs who set up small businesses, no matter the industry it’s in,” he says.

“They could be washing cars, selling sweets, or setting up a shop by a curb in a village,” Ali continues. According to him, not every startup has to be about an app.