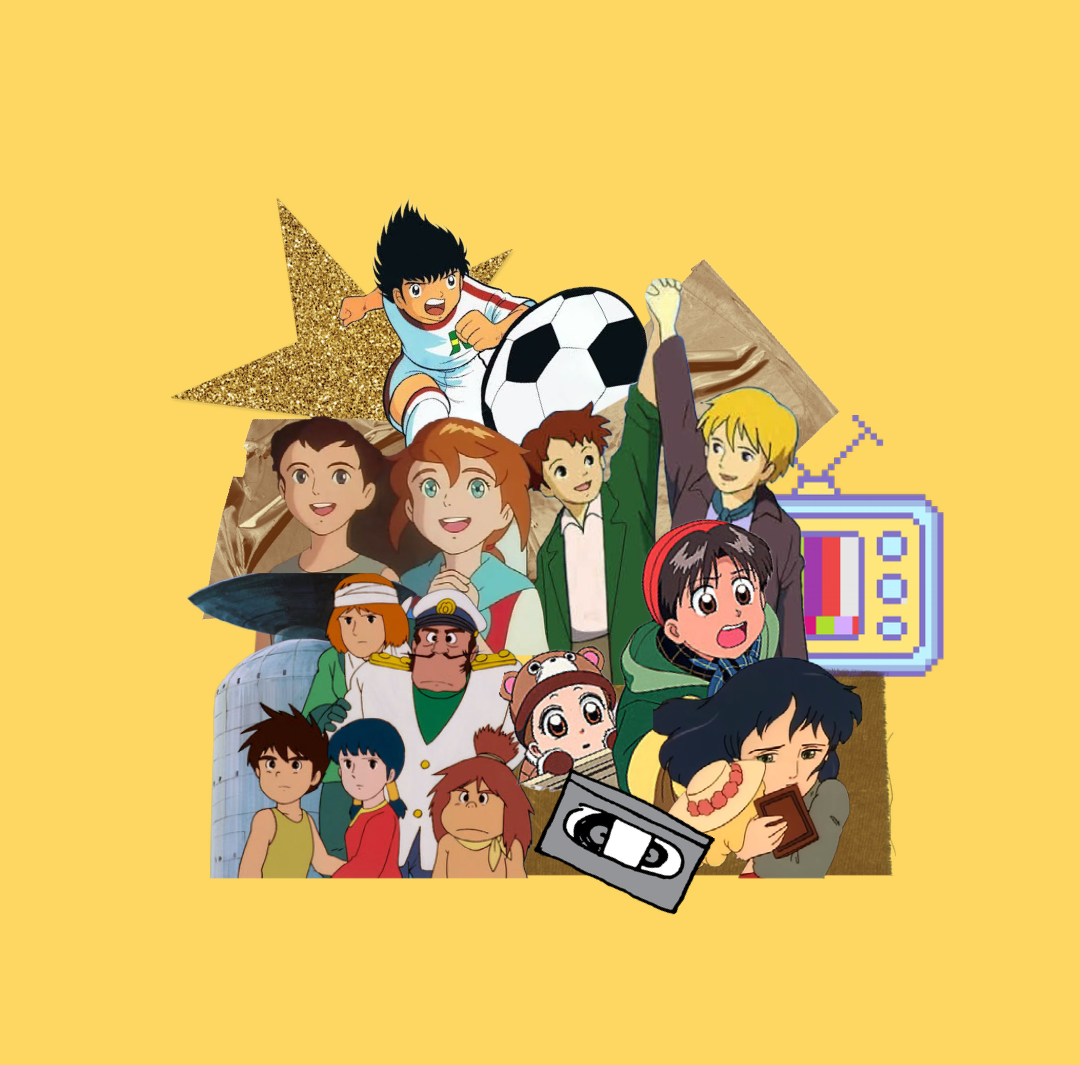 We often hear children of the 80’s and 90’s nostalgically recall their memories through soundtracks you might be unfamiliar with (if you’ve lived under a rock), and a big chunk of their childhood is none other than the cartoons they grew up watching on the beloved television channel: Spacetoon.

Spacetoon is a hallmark for millions of Middle Eastern childhoods; it’s practically every 90’s kid’s first television memory. No matter how differently they grew up, if a group of them were to be in one room and a Spacetoon song came on, there would be collective singing.

These cartoons were not the kind of typical, silly animations you see today, (not that there’s anything wrong with them, we all need a little silliness in our life!), but the cartoons we’re talking about had genuine emotional impact and growth in the hearts of entire generations who know the stories, and of course, the songs.

We learned so much from these cartoons, things that we implement on a day to day basis or general life lessons that have caught up with us, so today, we’ll be listing a few of our favorite Spacetoon cartoons and just what they instilled in us.

Originally adapted from Future Boy Conan, it’s a sci-fi anime series featuring a post-apocalyptic world where humanity faces extinction after WW3. When dubbed to Arabic and released in the Arab world, Conan became Adnan, a descendant and one of the last survivors of the human race, and he tries to protect his friend Lina from being captured as she’s one of the last young women on the planet.

He also meets the infamous Absi, and they become friends. The trio were fan favorites! (Absi had clearly grown to have his own fanbase, too.) The story ignited a sense of adventure and curiosity in every child, instilled the values of friendship, hope and love in every viewer all over the MENA region.

We’re sure if we started singing, ‘Adnaaaan’ a 90’s kid would respond immediately with their own pitchy ‘Liiiinaaaa’.

The tragic tale of Sally (originally titled Princess Sarah) is one that touched all of our hearts. The events that take place after Sally’s father passes away and her family goes bankrupt leaving her to become an orphan, is heart wrenching. We saw Sally get taken advantage of and go through one miserable situation after another.

However, she always came through and helped her friends and tried to overcome and endure every hardship until salvation came, never once losing her sense of compassion. From Sally we learned persistence and empathy, forgiveness and kindness, even in the most challenging of times.

An emotional rollercoaster of an epic that follows a young orphan girl, Remi, who is sold into slavery (quite the heavy stuff for an afternoon watch, guys) and tries to overcome her difficutlies to find her biological mother. If you haven’t cried to ‘Anty Al Aman’, we advise you to seek help.

Remi has some of the most emotional soundtracks of all the cartoons we grew up watching and from them, alongside the storyline, you learn the value of determination and perseverance. You learn how kindness looks even when you haven’t gotten much to give, and the importance of taking initiative to help others.

Ah yes, the ground-breaking show that sparked generations’ love for football and is responsible for making the sport mainstream in the Middle East (amongst many other places in the world, btw.) The story follows Majid, a gifted and dedicated football player, on his journey from becoming a school hero to the world stage.

Not to be too on the nose, but having a clear goal in mind and relentless passion are incredible lessons passed down from Majid; you must be willing to put in a lot of effort to go where you want to go. It’s no surprise that he’s still mentioned when someone with exceptional football talents is praised! (Well, him or Messi or Ronaldo, so it seems. But that just puts him amongst a league of legends).

Need help funding your startup? Here are 7 great opportunities waiting for you

A youthful and heartbreaking tale of a young boy, Romeo, who enters an indentured labor of chimney sweeping to pay for his father’s medication. Ahd al Asdiqaa translates to “The Age of Friendship”, and it is rightfully named as it glorifies the enduring friendship and selflessness between the young children forced into labor to survive their cruel reality.

This show was packed with depictions of life situations and we inherited so much wisdom from it; be it choosing your friends wisely, or working hard to earn your money so you don’t depend on anyone else, to always helping people whenever you can, basically things we can still relate to in every stage of life. (RIP Alfredo, we still mourn you).

Can you hear the theme song too? *sniffles* It’s alright, we’re fine. This is fine. Translated in English to “Baby and Me”, this cartoon served as a formative show and was deemed as revolutionary in its cultural influence on every kid in the Arab world. The series originally showed the doubts and struggles of a young fifth-grader, Samy, who has to fill in for his deceased mother to take care of his baby brother, Waseem, but the Arabic version removes some of these doubts he experiences to make it a tad lighter.

Samy, despite his insecurities and him being a young boy himself, is a righteous son who constantly honors his mother’s dying wish to take care of his toddler brother. The lyrics of the opening song is an instant tearjerker, it evokes affection for mothers, and reminds everyone of  Samy’s mother’s dying wish: “Don’t forget your brother, nurture him with your hands.” The characters’ journeys remind us to be caring, compassionate and responsible. It taught us so many family values, including the importance of compromise, and when necessary, sacrifice.

For years, these shows were (and still are) a source of great comfort and solace, a sanctuary of great memories and nostalgic childhoods to return to upon a quick play of an opening song or rewatching an episode, noted that the ones above are only a few among dozens.

Spacetoon, without a doubt, nurtured generations of kids, even referred to their audience as ‘Shabab Al-Mostaqbal’ (The Youth of the Future) while remaining the first all-free children’s television channel. So really, feed your inner child with a little bit of music today.

Did we mention your favorite? Let us know what you think, get in touch with us on our social media platforms through Instagram, Twitter, Facebook, and LinkedIn. We’d love to hear from you!