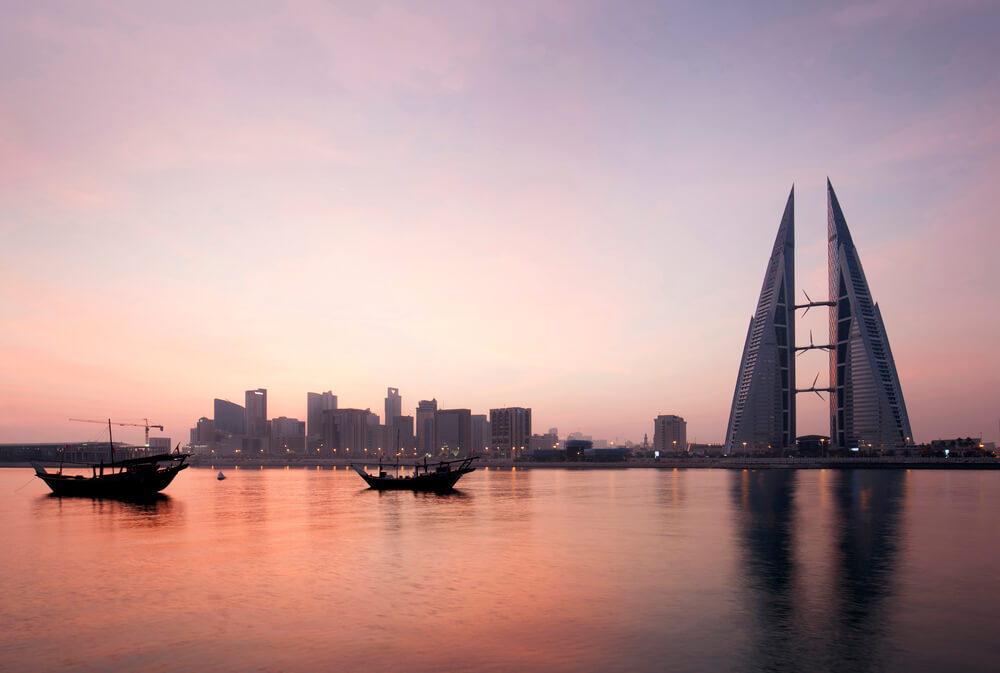 By now, you’ve probably heard about the recent discovery of shale oil in the offshores of Khaleej Al Bahrain Basin – it’s been all over the news. Sources even state that the new oil discovered is as much as Russia’s oil reserves!

But you probably have some questions on your mind: Why’s it a big deal? What is this shale oil? How much of it was discovered?

Well, we’ve asked around, to find out what are the top questions people have, and then tried to answer them as best as we could.

Let’s start with the basics.

Some background about the current and past situation.

Bahrain, along with its neighboring countries are on a continuous pursuit of being further independent from oil and other fossil-fuel types of energy.

In order to do that, Bahrain aims to diversify its economy by nurturing and growing sectors of value, focus, and strength. Banking and finance have been a core industry of Bahrain’s economic diversification strategy, the industry helped pave the way to explore and pursue the growth of the technology and FinTech industries.

Additionally, the oil discovery could prove to give Bahrain some space and comfort to strategize and further pursue its economic growth plans into the industries it values.

What is shale oil?

Still confused? Let’s break it down further. Shale oil refers to where the oil comes from. Technically speaking, shale oil is the same as crude oil, but the location of where it’s pulled from and the production process is what differentiates it as explained below.

How’s it any different than the other oil discovered back in 1932?

They’re not actually different. But what differentiates crude oil from shale oil is its production. Crude oil also referred to as unrefined petroleum is a liquid found within Earth, and is created through heat and compression of organic materials over a long period of time. While shale oil can be a substitute to the conventional crude oil, the process of extraction and producing the shale oil is different, expensive and challenging when compared to crude oil.

How is the crude oil generated?

When the organic matter in the shale rocks are exposed to high temperature and pressure for a very long time (we’re talking million years), crude oil is generated. But this crude oil attempts to reach the surface and it moves from the shale rocks to other ones like sandstone and limestone. Those rocks act as a shelter for the oil and provide it with spaces to assemble.

What about shale oil?

We’re talking a completely different process here – Shale oil is extracted through fracturing the layers of rock to get to the oil. This is mainly done through drilling and pumping high-pressure burst of water, sand, and chemicals in order to fracture the rock and create a well for the oil to seep into. Another method is horizontal drilling where they drill at a 90-degree angle to create a horizontal well

What about the natural gas that was also discovered?

Similar to crude oil, gas is also extracted from rocks. This gas is formed when there are layers of decomposed animals and plants that are exposed to heat and pressure for millions of years.

According to the Minister of Oil, H.E. Shaikh Mohammed bin Khalifa Al Khalifa, the gas discovered in Bahrain is estimated to be around 13.7 cubic feet.

When did Bahrain discover its first and biggest oil field?

The first oil reserve was discovered in Bahrain in 1932. It was one of the first countries among the GCC to discover and produce oil.

How much oil does Bahrain have in comparison to the rest of the world?

According to the U.S. CIA Factbook, Bahrain has crude reserves of 124.6 million barrels, which is fewer than Poland, and 92.03 billion cubic meters of natural gas.

Saudi Arabia, on the other hand, has 266.5 billion barrels of crude reserves, and Qatar has 24.3 trillion cubic meters of gas.

How many oil fields does Bahrain currently have?

Bahrain has two oil fields, one that is shared with Saudi Arabia and is called “Abu Safah oil field” where Saudi Aramco operates it on behalf of both countries. The second field is in Bahrain and referred to as “onshore Awali field.”

Bahrain pumps about 45,000 barrels a day from its own field. It also shares income with Saudi Arabia where it produces about 300,000 barrels a day, based on figures from the U.S Energy Information Administration.

Who announced the discovery and when?

Bahrain’s Higher Committee for Natural Resource and Economic Security announced the discovery on April 1 on Bahrain News Agency. According to them, the oil which was found at Khaleej Al Bahrain Basin is the largest find in the country since the early 1930s.

Where was it discovered?

The new field discovered is in Khaleej Al Bahrain Basin and is located in shallow waters, close to existing oil field facilities. This helps in reducing the cost of developing an oil field as stated by the Minister of Oil.

The Minister of Oil, H.E. Shaikh Mohammed bin Khalifa Al Khalifa said that the water of the Arabian Gulf is shallow in the area where the shale oil was discovered, which actually has a positive effect as it will help reduce the production costs. He also mentioned in an emailed statement that initial flow tests were positive, and the reservoir rocks were showing good porosity.

“Initial analysis demonstrates the find is at substantial levels, capable of supporting the long-term extraction of tight oil and deep gas,” H.E. the Minister of Oil said in the BNA report. He also adds that tapping the shale formation will require hydraulic fracturing, also known as fracking.

When and how should we expect the production of the newly discovered oil?

Sources mention that the oil will begin its production within five years.

With this discovery, Bahrain will be inviting international oil companies to help it develop the shale oil. US contractor Halliburton is set to drill two oil wells this coming October, which according to the Minister of Oil will be part of a research and evaluation phase that’s sent to end next year in June.

Moreover, at a meeting held on June 3rd, with the Higher Committee for Natural Resources and Economic Security the Crown Prince Shaikh Salman bin Hamad Al Khalifa, Deputy Supreme Commander, and First Deputy Prime Minister, has sketched a timetable of 5 years for the development of the shale oil.

The Crown Prince also instructed the drilling of a number of wells at the beginning of October until June 2019. This comes as part of the research and evaluation phase, and will also include geological surveys.

Sources also mention that by December 2019, Bahrain will select international partners for the production phase of the oil and gas discovery.

How will it impact the economy?

The oil found is the biggest oil discovery in Bahrain since 1932. If the recoverable oil from what is discovered is significant, we speculate that Bahrain will need a number of supporting industries to assist, such as Marine Contracting, NPS Bahrain, Raas Oilfield Services, Victory Maine Services and more. Heavy lifting and equipment rentals will also be required for the extraction process, which means that supporting industries might be in demand.

We believe that organizations like Nogaholding and Tatweer, amongst others, will hire more, and more money will be pumped into the economy through them.

What’s the big fuss about it though?

According to John Sfakianakis, Director of Economic Research at the Gulf Research Center in Jeddah, Saudi Arabia, the new field should provide support for Bahrain’s fiscal situation, especially since Bahrain relies on crude exports for most of its revenue and its finances have been heavily strained by lower oil prices. “It will provide an additional cushion, depending on when the stream of oil comes into play and the price of at that point,” he states.

Similarly, Ehsan Khoman, head of research for the Middle East and North Africa at Mitsubishi UFJ in Dubai comments on the new discovery stating that it could “provide a much-needed boost to Bahrain’s fiscal accounts.”

“However, it is too early at the current juncture to estimate the potential increase in hydrocarbon receipts until further guidance is provided,” he said.

“It’s definitely positive news and raises hopes that the Bahraini fiscal burden might be eased in the future,” said Sergey Dergachev, who helps oversee about $14 billion in assets at Union Investment Privatfonds in Frankfurt (Source).

Is it going to have an impact on production?

Definitely! We speculate that the newly discovered oil will largely increase production as the current gas reserves stand at around three trillion cubic feet, with an average production range of 547 billion cubic feet per day (CIA Factbook). Additionally, the recovery of shale oil could add more refining capacities for Bahrain, which at the moment is undertaking a $4.2 billion expansion of its only refinery in Sitra.

Wondering how much of it is recoverable?

We’re still unsure about the amount of recoverable oil, however, it’s currently being checked and assessed by Halliburton Co. as they’re planning to drill two wells in the offshore of Khaleej Al Bahrain Basin to assess how much of the 80 billion barrels of oil is recoverable. Their analysts suggest that although the number of barrels is high, the offshore shale oil might only yield between 5-10% of the total estimated oil in place. Alternatively, the Oil Minister remains optimistic and says the shale oil may be closer to 15% because of the continuous advancement in technology.

Another source, Tom Quinn, Senior Analyst for the Middle East upstream at Consultant Wood Mackenzie Ltd. predicted that only a fraction of the 80-plus billion barrels is likely to be recoverable.

Will it be costly to extract?

Sadad Al-Hussein, former Executive Vice President at Saudi Arabian Oil Co. said that the development of this shale oil is an “economic and technical” challenge. According to him, finding the new deposit would be an initial step. After that, the amount of hydrocarbons to be commercially exploited needs to be determined, as the production from accessible reserves could be costly and time-consuming. The average cost of a single shale well onshore could cost about $7 million to drill and frack (2017 Citigroup). Sadad states that a well from the new basin will cost “no less than $20 million”.

However, H.E. the Minister of Oil said: “We know oil is there and it is an unconventional resource, you need to do horizontal drilling. It has some advantages, it will produce in quantities that we can make commercial,”

What’s in it for me?

Oil and gas are one of the long-standing core pillars of the economies around us in this region. Due to the large amounts of these natural resources discovered, refining, producing, and exporting them have grown into making up a large portion of the country’s GDP every year.

In the long run, this discovery could yield positive economic results that trickle down into the economy. We’re no experts, but we speculate there are a lot of ways we all could benefit directly and indirectly, we’ve highlighted a few that are interesting to think about: