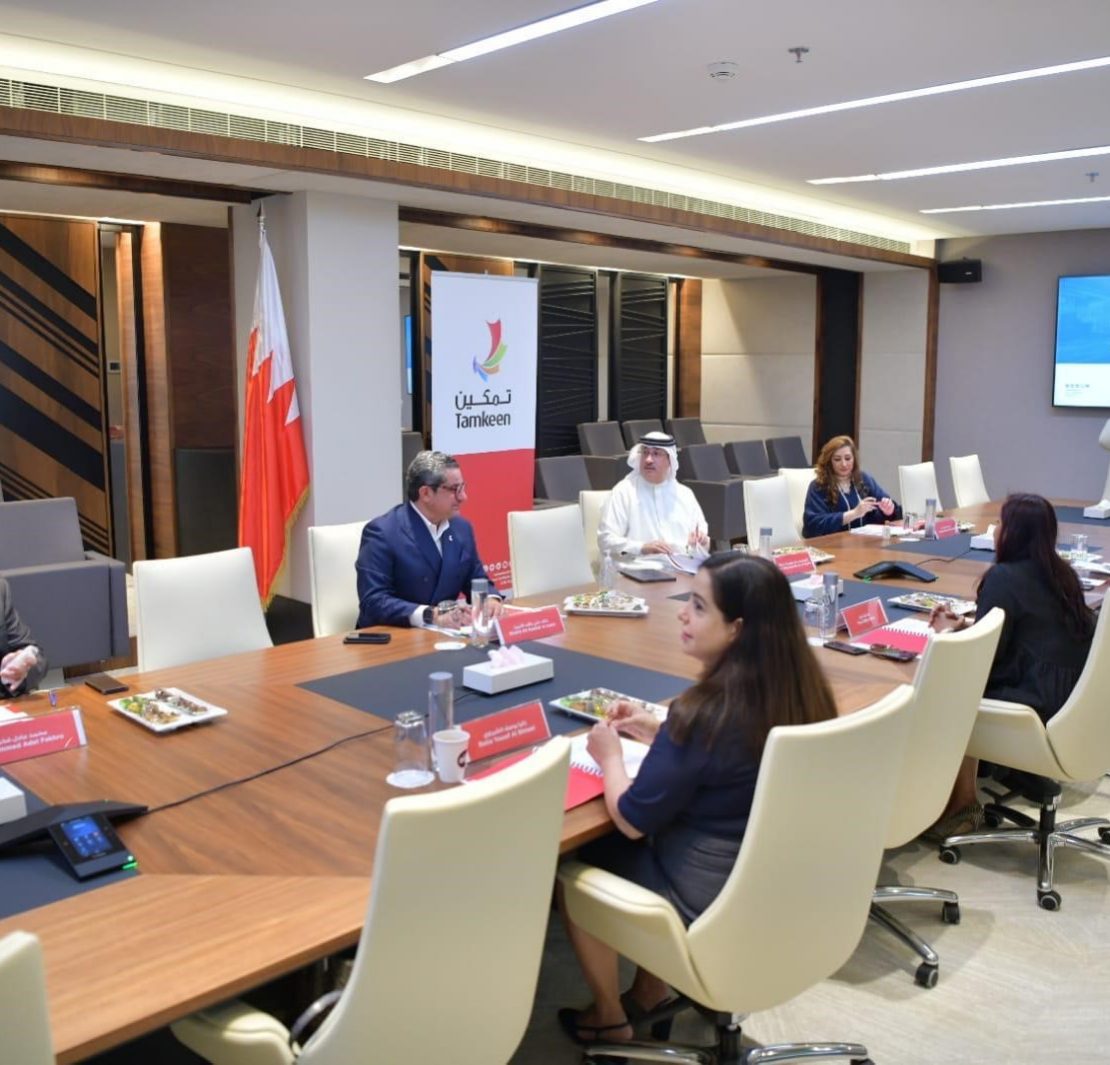 The Board of Directors of the Labour Fund ‘Tamkeen’ reviewed the proposal of the Business Continuity Support Program which Tamkeen is providing as part of its ongoing national efforts to combat the repercussions of the Corona Virus and the impact it has caused on economic levels. This is in accordance with the Royal Directives of His Majesty King Hamad bin Isa Al Khalifa.

During the meeting, the Chairman of the Board of Directors of Tamkeen, Shaikh Mohammed bin Essa Al Khalifa stressed the importance of providing the necessary support to the private sector to help them deal with the economic challenges, especially with the ongoing current situation, where a special program is designed and catered towards their needs based on the Royal Directives of His Majesty the King and the government’s announcement, as part of its stimulus package for the economy, to redirect all of Tamkeen’s programs to support the adversely affected companies.

The Chief Executive of Tamkeen, Dr. Ebrahim Mohamed Janahi pointed out that Tamkeen has already started activating its Virtual and Voice platforms. “Tamkeen’s Virtual and Voice Channel directly addresses the requirements of the current needs of our customers, ensuring continuous communication with them in an optimal way. It also informs them of the latest developments regarding the Business Continuity Support Program, which open applications will soon be officially announced through Tamkeen’s portal,” he specified.

The Business Continuity Support Program aims to target the private sector enterprises, to provide them with the necessary support at this stage, based on the economic repercussions caused by the global spread of the Corona Virus (COVID-19).

The meeting also reviewed and approved of a study of Tamkeen’s programs that aims to effectively contribute towards solving the most prominent challenges that the private sector face, especially when it comes to employment.