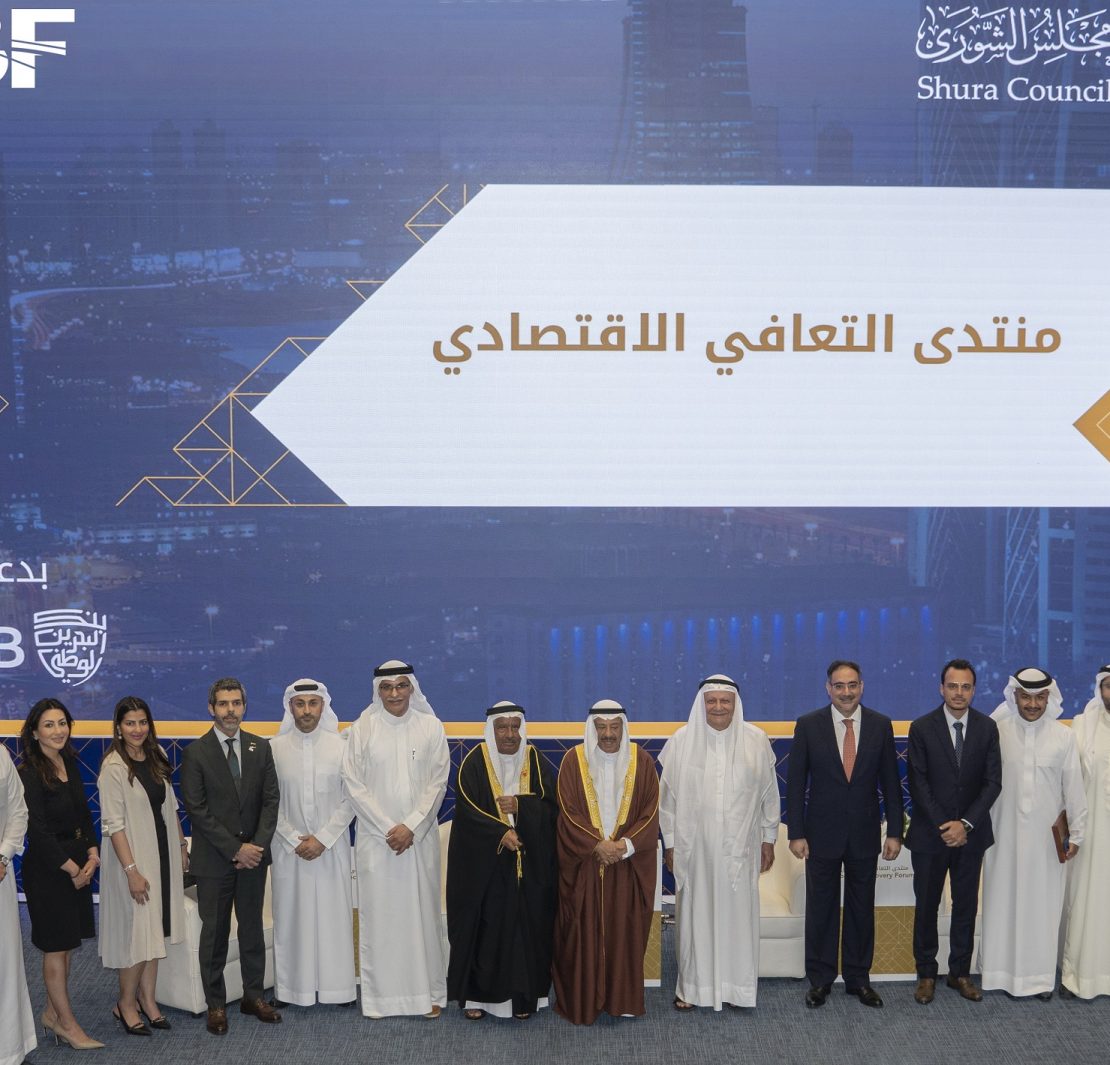 The National Bank of Bahrain (NBB) attended the Economic Recovery Forum, which was initiated and organised by the Shura Council in coordination with the Bahrain Institute for Banking and Finance (BIBF) and supported by NBB.

In line with the vision of His Majesty, King Hamad bin Isa Al Khalifa, and announced by His Royal Highness, Prince Salman bin Hamad Al Khalifa, Crown Prince and Prime Minister, the forum discussed the launch of the Economic Recovery Plan and the subsequent launch of a number of initiatives aimed at developing the economy and creating jobs within the Kingdom.

The forum discussed various topics based on the priorities identified for the country’s economic recovery, which included developing the Kingdom’s human wealth, in addition to facilitating procedures, developing legislation, developing promising sectors and strategic projects, as well as financial and economic stability. The forum was attended by a number of Ministers, joined by officials from various governmental and private entities.

NBB Chairman, Mr. Farouk Yousif Khalil Al-Moayyed, took part as a panellist in the financial sustainability and economic stability panel, discussing the importance of financial and economic stability in achieving the economic recovery plan. Mr. Hisham Abu Alfateh, Head of Corporate Communications at NBB, acted as master of ceremony of the forum, while a number of NBB staff members attended the event to represent NBB.

During his session, Mr. Farouk Al-Moayyed stressed the government’s vital role in the economy’s recovery phase, while pointing out the importance of financial sustainability. He conveyed his pride in NBB’s recent achievements, namely the bank winning two Sustainability Finance Awards from Global Finance 2022.

NBB’s support of the Economic Recovery Forum stems from its belief in the importance of ongoing joint work based on the foundations of cooperation and coordination between the legislative and executive authorities and the private sector, embodying its ongoing efforts in contributing towards sustainable economic development.