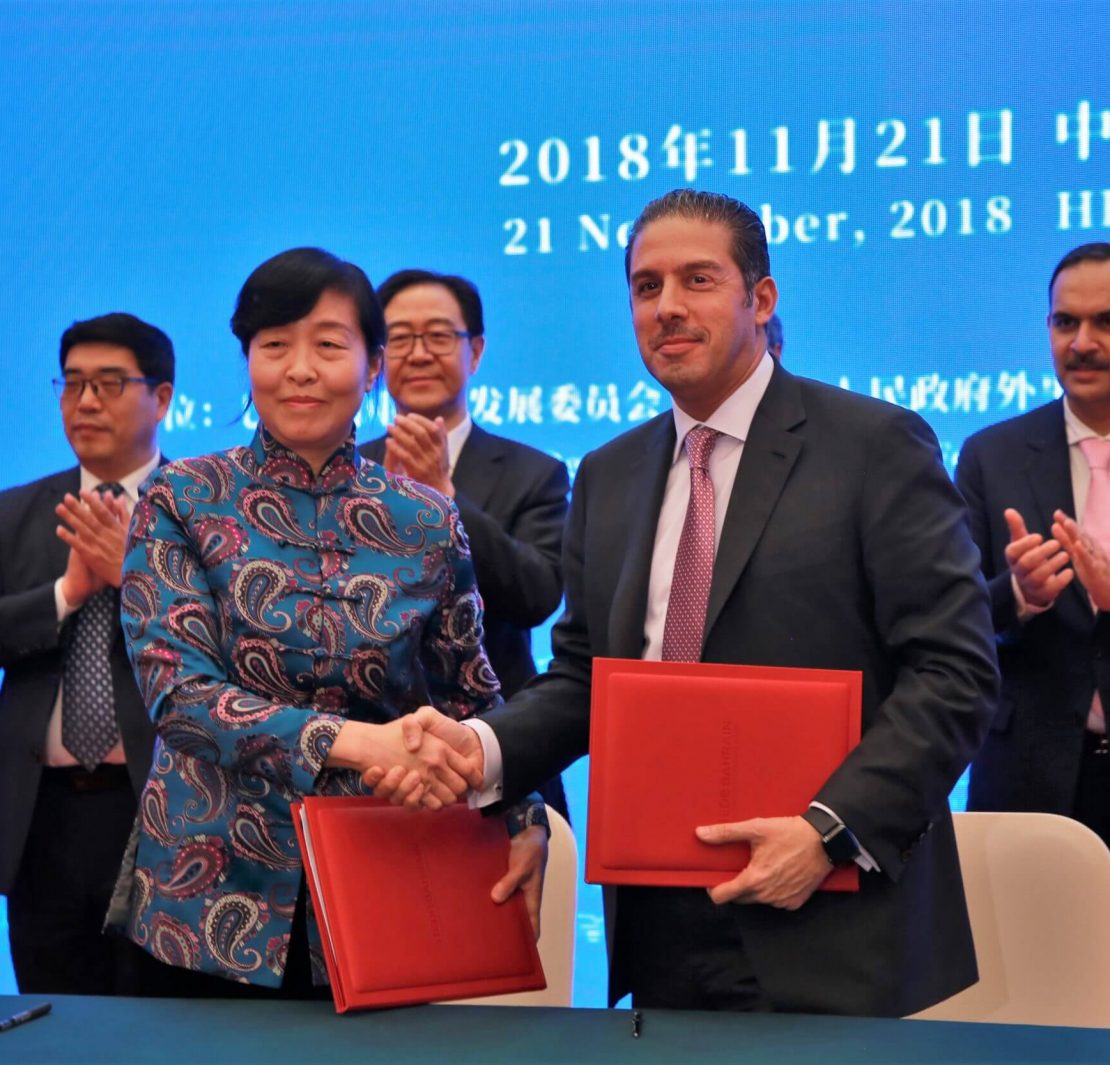 Today, a senior delegation from the Kingdom of Bahrain led by the Capital Governor HE Sheikh Hisham Bin Abdulrahman Al Khalifa and organized by the Bahrain Economic Development Board (EDB) met with Mr. XU Qin, Governor of Hebei and a number of local government officials and business leaders in Shijiazhuang. The parties also attended the Bahrain – Hebei Business Forum to discuss opportunities and strengthen cooperation. These come as part of the delegation’s nine-day visit to China’s principal commercial centers as Bahrain continues to develop business relationships across China.

Next year marks 30 years since China and Bahrain established diplomatic relations. In advance of the pearl anniversary, Bahrain is setting out to partner with Hebei – an essential region of China’s economy – to explore opportunities to drive growth together. The Bahrain – Hebei Business Forum witnessed the signing of several memoranda of understanding (“MOUs”) to include:

These agreements represent an important step toward stronger economic ties between China and Bahrain. Capital Governor HE Sheikh Hisham Bin Abdulrahman Al Khalifa said, “Bahrain and Hebei share many things in common. As part of the Jing-Jin-Ji Economic Zone and the Bohai Bay Economic Region, Hebei plays a critical role in China’s economic growth and development. As for Bahrain, we are the fastest growing economy in the Gulf region, and are driving growth and innovation across the Middle East.”

“The forum helps both Bahrain the Province of Hebei to better understand the business and regulatory environment, allowing for even further cooperation. We would like to take this opportunity to enhance our partnership with Bahrain and look to build a new chapter to encourage mutual growth”, said Mr. LIU Xiaojun, Director-general of Foreign Affairs Office of Hebei Province

Bahrain already has a history of partnership with China’s leading firms to grow and evolve their businesses. In 2009, Huawei moved its headquarters to Bahrain – it is now creating and accelerating Bahrain’s 5G mobile networks ecosystem, one of the most advanced in the world. In 2018, the Bahrain EDB opened its third representative office in China, aiming to facilitate more investment by Chinese companies in Bahrain.

“Our nine-day visit to China has been very successful, which has been demonstrated by fifteen agreements signed between Bahraini entities and their Chinese counterparts. We look forward to working with the Hebei government to create a supportive environment that can facilitate and promote business partnerships between Bahrain and Hebei. Together, we believe we can ensure continued prosperity across two of the world’s most economically vibrant regions”, said HE Khalid Al Rumaihi, Chief Executive of Bahrain EDB.

Bahrain is a country undergoing an ambitious digital transformation, with a dynamic, entrepreneurial culture. As one of the most open and liberal countries in the Gulf region, Bahrain is known for its unrivaled market access, world-class regulatory environment, highly competitive taxation system, the lowest operating costs in the region, high quality of life, and a skilled bilingual workforce. As China sets out to support its companies in their “going-out” efforts, Bahrain – the Gateway to Gulf –  is perfectly positioned to be a partner of China, connecting Chinese companies to this high-spending region.